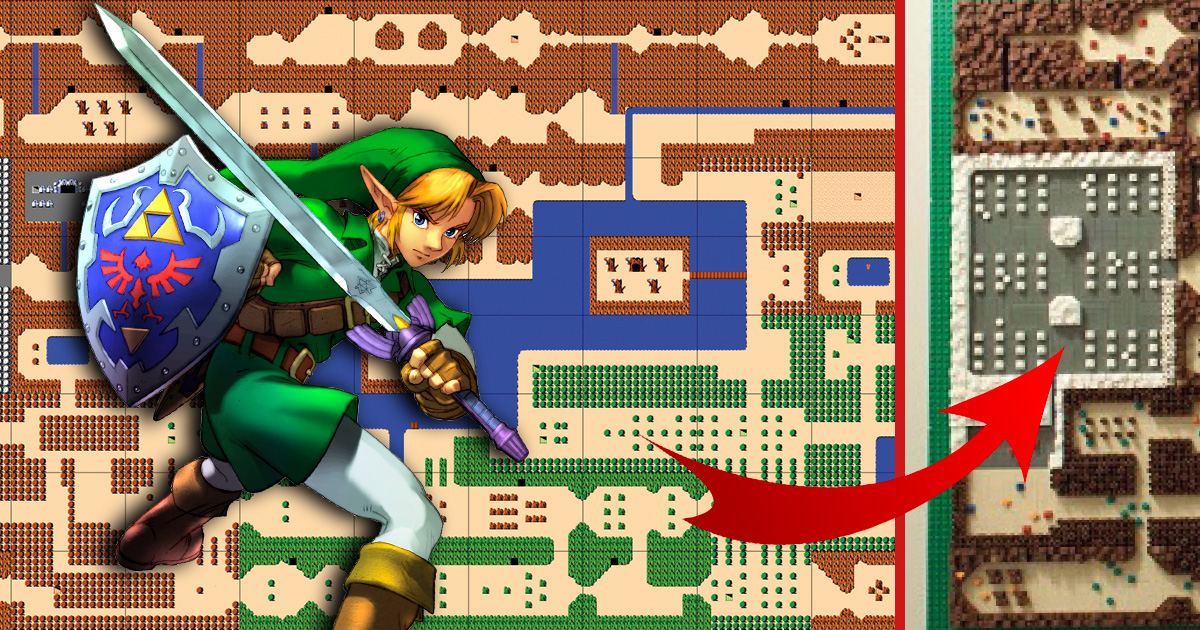 The Legend of Zelda for NES is a must for gamers. Why ? If only because it’s the first game in the franchise. But also because it offers a really immersive open world in the eyes of the fans. In addition, some of them have decided to pay homage to him by recreating the game’s famous map with the materials at their disposal.

A pretty geekery to hang on your wall

Released on the NES in 1987, The Legend of Zelda is an episode that counted for Ian Roosma. He explains on this topic: “Zelda on NES is particularly nostalgic for me because it is one of my first open world games”. That’s why this LEGO enthusiast decided to recreate the map of this iconic title on his wall.

Although there is no official Zelda set yet, that doesn’t stop fans from letting their imaginations run wild and dreaming up original LEGO creations. Ian Roosma used 25,000 stones to create a map of Hyrule, 30 inches high and 7 feet wide.

The artist paid special attention to details. In fact, it’s no less than 2,779 trees and 493 enemies that Ian Roosma brought to life on his The Legend of Zelda map.

It took four months of hard work to complete this build. At this point, Ian Roosma says he has no other LEGO projects planned for the sequel. If you like The Legend of the Zelda license, discover this cult work of the saga that will soon be back on Switch.