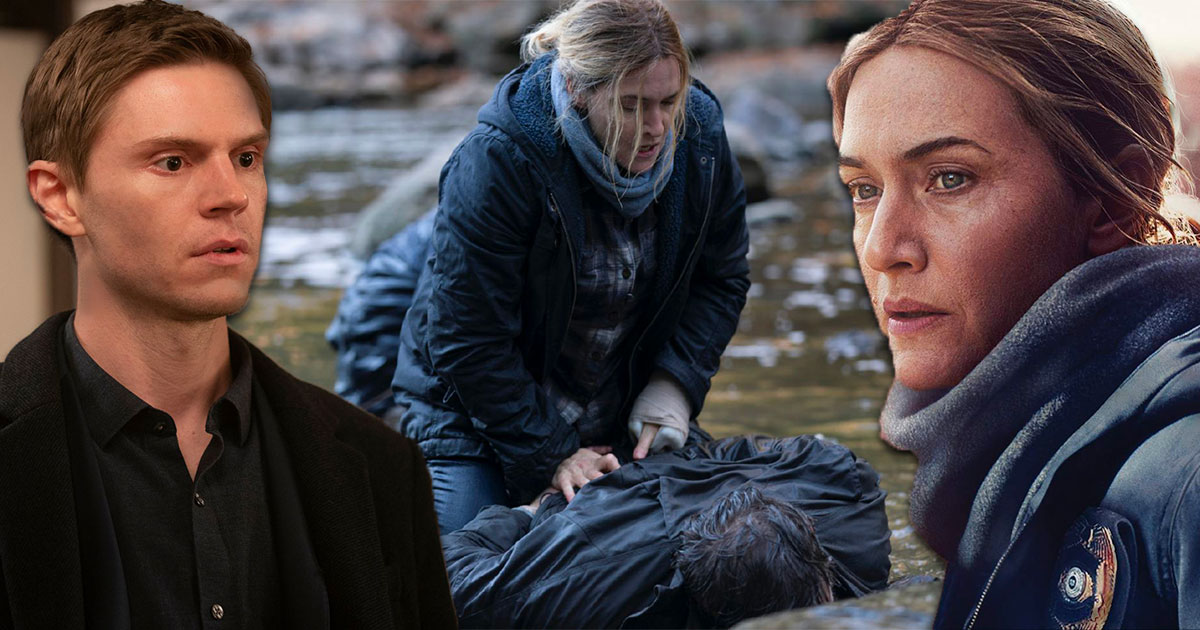 With the democratization of streaming platforms, the big names on the small screen are multiplying productions to attract more and more subscribers. Thrillers, sci-fi, detective series, the genres are multiplying to the delight of the heavy consumers of series. And recently one series won everyone over: Mare of Easttown. With its 5-star cast and suspenseful plot, Kate Winslet’s new series is the thriller series of the moment.

In Mare of Easttown, viewers go to the town of Easttown, a rural town in the state of Pennsylvania. The plot follows the daily life of police sergeant Mare Sheehan, who must investigate the recent murder of a teenage mother. Problem: His personal life is falling apart. Sheehan, played by the excellent Kate Winslet, must balance her work commitments and her personal life, which is hanging by a thread. Struck by a divorce, the loss of a son to suicide, and a custody battle over her grandson with her heroin-addicted stepdaughter, Sheehan sees both her mental and physical health suffer.

To top it off, Sheehan is introduced as a local boy who starred in a high school basketball game 25 years ago. Expectations are high for this police officer as he struggles to solve the disappearance of another teenage mother that happened a year ago. Faced with this lack of results, locals begin to doubt his skills as a detective. With its heavy plot and gripping narrative, Mare of Easttown isn’t the happy and light-hearted series that will brighten up your long winter nights.

Despite everything, this captivating thriller didn’t take long to convince its viewers. The French press is already convinced:

“A panache, a fabulous emotional intelligence, that transforms a Twilight thriller into an unexpected and poignant portrait of a woman and rural community crushed by grief and a hard life,” explains Constance Jamet of Figaro. (4.5/5) “By rifling through crime through social determinism, Mare of Easttown does not escape re-using already hackneyed themes – feminicide, child crime, the troubled role of the Church… particularly thanks to finely written supporting characters.” shares Le Monde’s Audrey Fournier. (4.5/5) “Based on a classic storyline — a police officer trying to find the culprit for the death of a teenager in a small Pennsylvania town — this miniseries is particularly valuable for its efficiency and female character,” Olivier Joyard specifies Inrockupibles. (3/5)

Among Mare of Easttown’s strengths, critics point to the touching and impressive performance of Kate Winslet, the compelling narrative of this seven-episode investigation, or the strength of a tailor-made cast. A miniseries that managed to get everyone to agree quickly and presents itself as one of the nice surprises of 2021.

Where to see Mare of Easttown?

In France, Mare of Easttown has been broadcast on OCS since April 19, 2021 and will be repeated every week on CANAL+ starting this Thursday, January 20, 2022. CANAL+ subscribers can thus discover this series of events in 2021, which undoubtedly deserves further emphasis. An HBO-produced thriller starring Emmy Award-winning and Golden Globe-winning Kate Winslet for her role as Mare Sheehan. A gripping affair coupled with a descent into hell for the Sergeant who must face the vagaries of life. A miniseries that should stop after these seven episodes, that could still return to our screens after a second season. But nothing has been announced at the moment.