The mountain never ceases to amaze with its incredible physical transformation 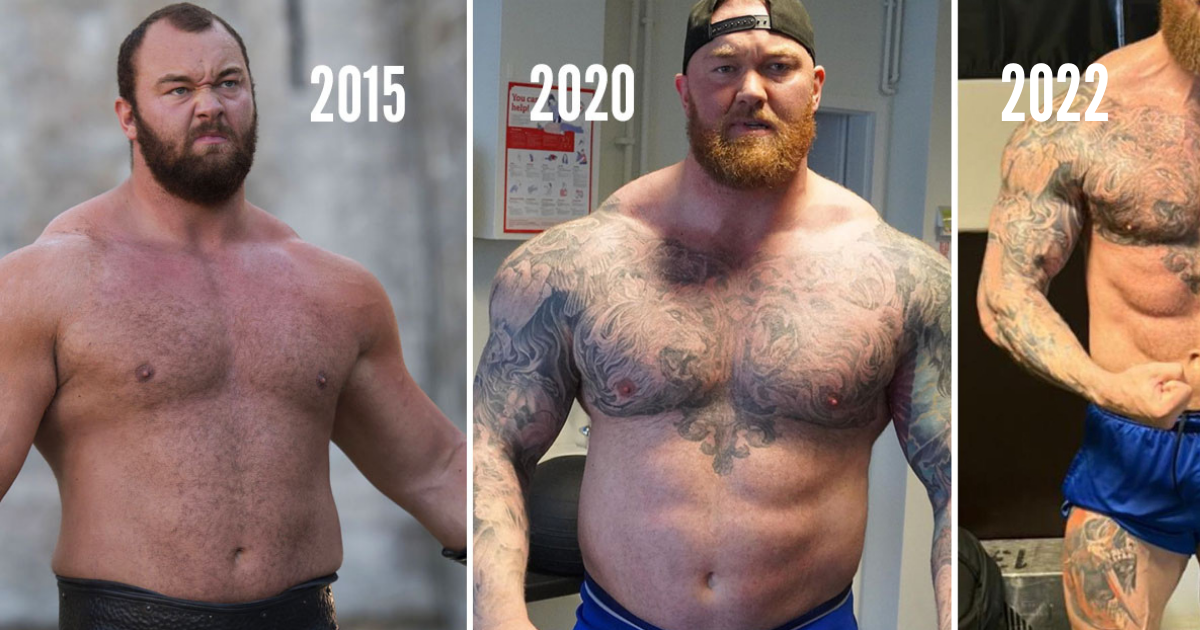 A few months ago we showed you the stunning images of the dizzying weight loss of Hafthor Julius Björnsson, best known for his role as Ser Gregor Clegane, aka The Mountain, on the hit series Game of Thrones. But just when we thought this behemoth’s transformation would stop there, Björnsson recently showed he’d reached a new level again.

The Icelandic actor and athlete, best known for the Game of Thrones series that aired on HBO from 2011 to 2019, had already started his impressive physical transformation in 2020 and has already shown incredible results in the past year. But he recently revealed the next step he had taken, pushing the boundaries of what’s possible even further.

Björnsson has shared before and after photos of himself on Twitter, the first from 2020, which he believes to be his “maximum strength” and where he weighed no less than 205kg. The photo was taken around the time he broke the world deadlift record broke Another photo from this year (2022) shows Björnsson at his “peak of form” weighing now 145 kg.

While continuing to practice boxing, Bjornsson has lost almost 60kg over the last two years, a fact also noted in his caption with this phrase: “Full Thor vs Half Thor”.

In May 2020, Björnsson had set a new world record after lifting 501kg around the time his “peak strength” photo was taken, a record previously held by another rather burly individual, Eddie Hall, says The Beast, who Björnsson was set to face in an upcoming boxing match this year.

As well as being an accomplished athlete, Björnsson has a great competitive spirit and, in addition to breaking world records, he is also the first to have won almost all competitions in the same year, including the Arnold Strongman Classic, Europe’s Strongest Man as well as Strongest Man der Welt (2018), who rose to become the world’s strongest man during that period. For now, Björnsson is continuing with boxing and seems to be more than enjoying it. He said in an interview with Muscle and Health:

I have now been in Dubai for almost five weeks ahead of my September 18th fight. This will be my third official fight in preparation for my main opponent and the very reason I embarked on this boxing adventure: Eddie Hall. Of course, when Eddie announced that he tore his bicep and that we have to win the 2022 fight, I was disappointed. I’ve been training so hard specifically for this fight but there’s nothing we can do, he’s injured so we had to go ahead and postpone the fight.