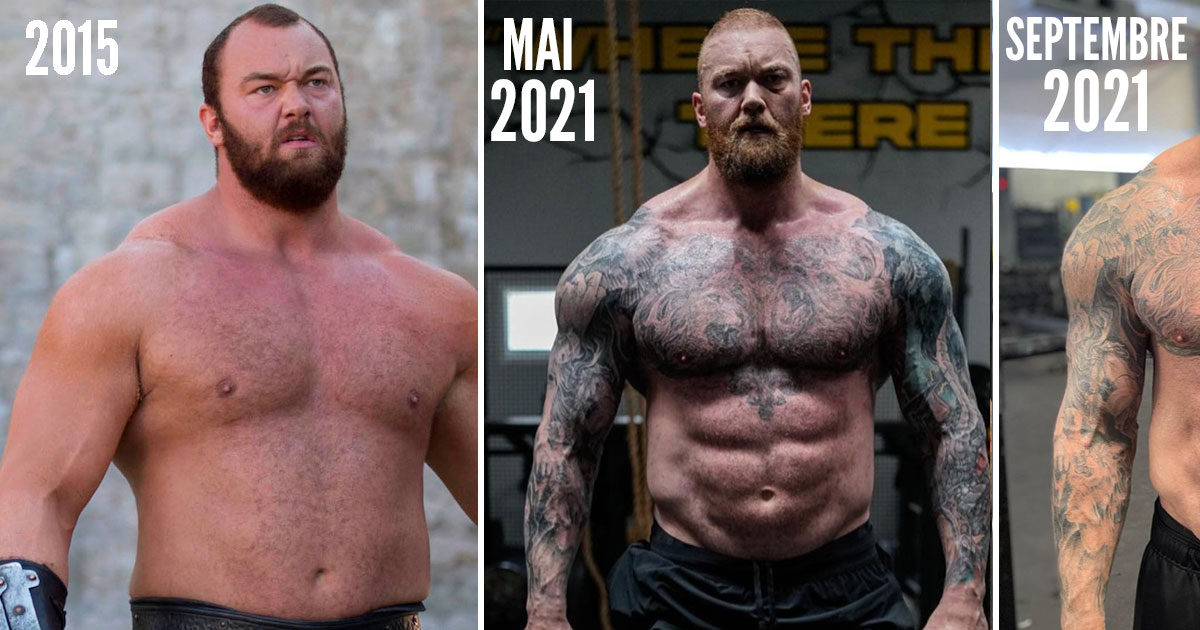 Hafthor Julius Björnsson, best known for his role as Ser Gregor Clegane, aka The Mountain, in Game of Thrones continues his dizzying weight loss and shares his progress on Instagram.

The mountain is unrecognizable

The hit series Game of Thrones, which aired from 2011 to 2019, introduced Icelandic actor and athlete Hafthor Julius Björnsson into the mainstream. His character, Ser Gregor Clegane, who was particularly violent, was nicknamed The Mountain because of his impressive stature.

A few months ago, the 32-year-old actor shared his impressive weight loss on social media. The actor actually claimed to have lost 50 kg, from 205 kg to 155 kg.

Without further delay, discover the impressive result of his physical transformation that the actor shared on his Instagram page:

The actor is actively tracking his weight loss and fitness for a major boxing match. Thor Björnsson will meet Devon Larratt in Dubai on September 18th. As early as 2015, they had been able to face each other in a completely different field, arm wrestling, and it was Canadian Larratt who won.

Björnsson was originally supposed to face his eternal opponent Eddie Hall in Las Vegas, but he was canceled due to a recent biceps injury. The meeting was therefore postponed to March 2022.

If this article has interested you, you will surely enjoy discovering the impressive physical transformation of Mark Wahlberg for his next role.

Did you know that there is a school inspired by The Witcher?

when the pandemic ends the magic of Disney

Stabbed in the throat: terrorist investigations in Switzerland | Free press