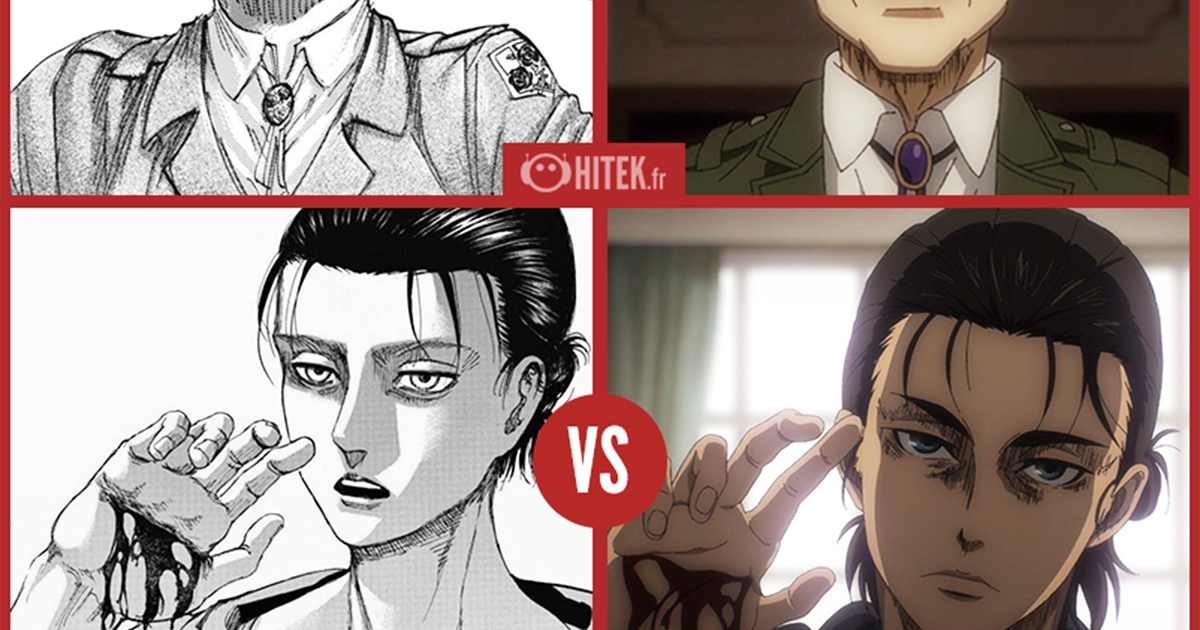 The attack on Titan Manga now has an endpoint (at least presumably), and fans haven’t failed to pay tribute to Hajime Isayama for his work. Today we invite you to come back to the differences and similarities between the drawings by Isayama and the animations by the Mappa studio. We decided to compare 20 characters from Season 4 of Attack on Titan, partly because it’s the final season, but also because Studio Mappa has seen a lot of criticism of its work. Animation. Here are 20 characters between their drawing in the manga and their appearance in season 4 of the anime.

Warning: This article contains loot related to the first part of Season 4 of Attack on Titan, but doesn’t spoil the manga beyond that part. Animes can therefore only consult it.

Which character was best adapted for you by the Mappa studio? Which one disappointed you the most aesthetically? Don’t hesitate to let us know what you think in the comments section! And if you want to finish the fun off by immersing yourself in Attack on Titan while you wait for the second part of season four, we recommend that you take our personality test to find out which character you find in the Hajime universe would be Isayama.