The Courier
HomeTechnologyThe makers of Bleach, One Piece and My Hero Academia united in...
Technology

The makers of Bleach, One Piece and My Hero Academia united in one special book 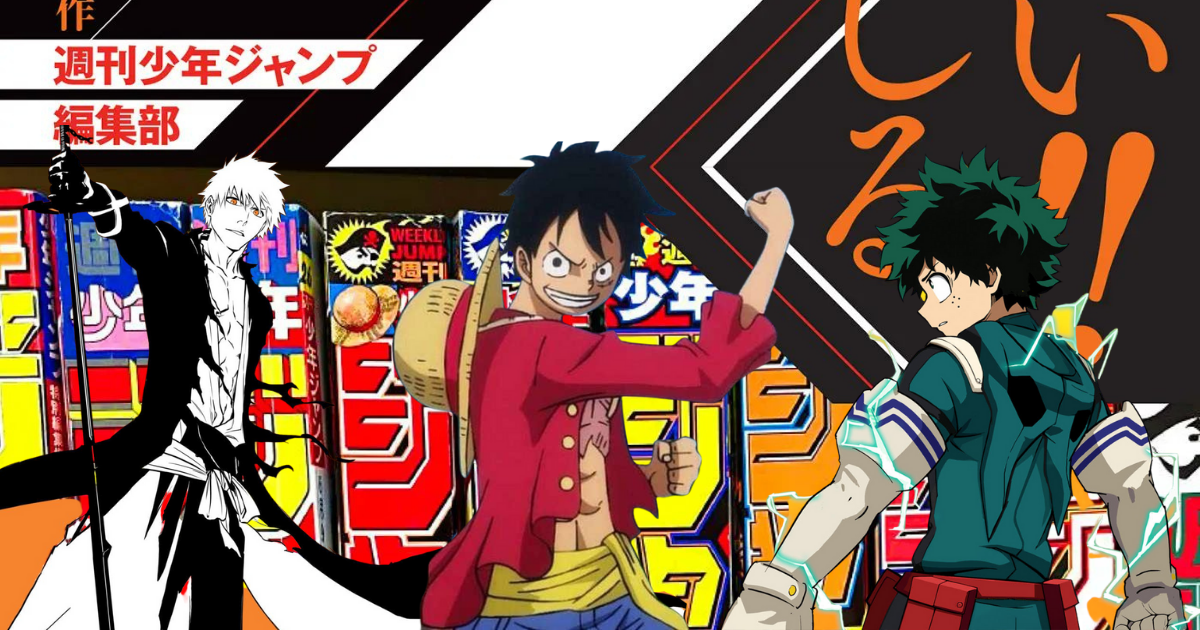 At the end of last year we presented the top 15 most anticipated anime of 2022, the opportunity to find big names in mangakas like Kohei Horikoshi for the sixth season of My Hero Academia but also Tite Kubo with the long-awaited adaptation of the last Bleach arc, or even Eiichiro Oda for the next animated film One Piece: Red. And these three artists are about to be brought together in a somewhat special book.

When the mangakas pay tribute from time to time by adapting iconic characters from famous licenses, like Bleach recently, it’s very rare to see them together in the same work. But thanks to Shueisha we will soon have the opportunity to see these three legendary mangakas in a very special book, among others.

Viz Media revealed the upcoming collaboration on Twitter a few days ago in a book titled The Shonen Jump Guide to Making Manga, which features tips and tricks the artists have learned throughout their illustrious careers as mangakas as part of Weekly Shonen Jump .

Announcement: The creators and editors behind The World’s Most Popular Manga share their tricks, advice, and secrets in The Shonen Jump Guide to Making Manga, with commentary from Eiichiro Oda, Tite Kubo, Kohei Horikoshi, and more. Fall 2022 releases. pic.twitter.com/KLME78pzri

Announcement: The creators and publishers of the world’s most popular manga share their tips, advice, and secrets in The Shonen Jump Guide to Making Manga, with commentary from Eiichiro Oda, Tite Kubo, Kohei Horikoshi, and more. Released in autumn 2022.

Viz Media confirmed in their Twitter post that it will indeed be a book and not a manga. One can then easily imagine from the name that the book should explain how best to make a good manga. And who better to explain that than some of the best mangaka of their generation?

…to teach us their secrets?

Currently, the anime adaptations of My Hero Academia and One Piece are ongoing, with One Piece continuing to release episodes regularly and My Hero Academia waiting to air its sixth season, which is normally scheduled for fall this year. The anime Bleach, meanwhile, returns after a 10-year hiatus, with Studio Pierrot adapting the arc from The Bloody Thousand Year War.

As Comicbook reports, Eiichiro Oda and Tite Kubo had a friendly feud for a while. Eiichiro Oda then shared his feelings regarding the Bleach mangaka. He finished with a laugh:

Years ago, Kubo publicly announced on the radio, “I hate Oda.” You want to know if I have a grudge against Kubo? For sure ! However, his whole statement didn’t strike me as particularly rude. Actually, I don’t hate Kubo given his audacity to make such a statement publicly.

And if you want to make sure you know all about Kohei Horikoshi’s work, then here are the details you might have missed about My Hero Academia’s Class 1-A characters.