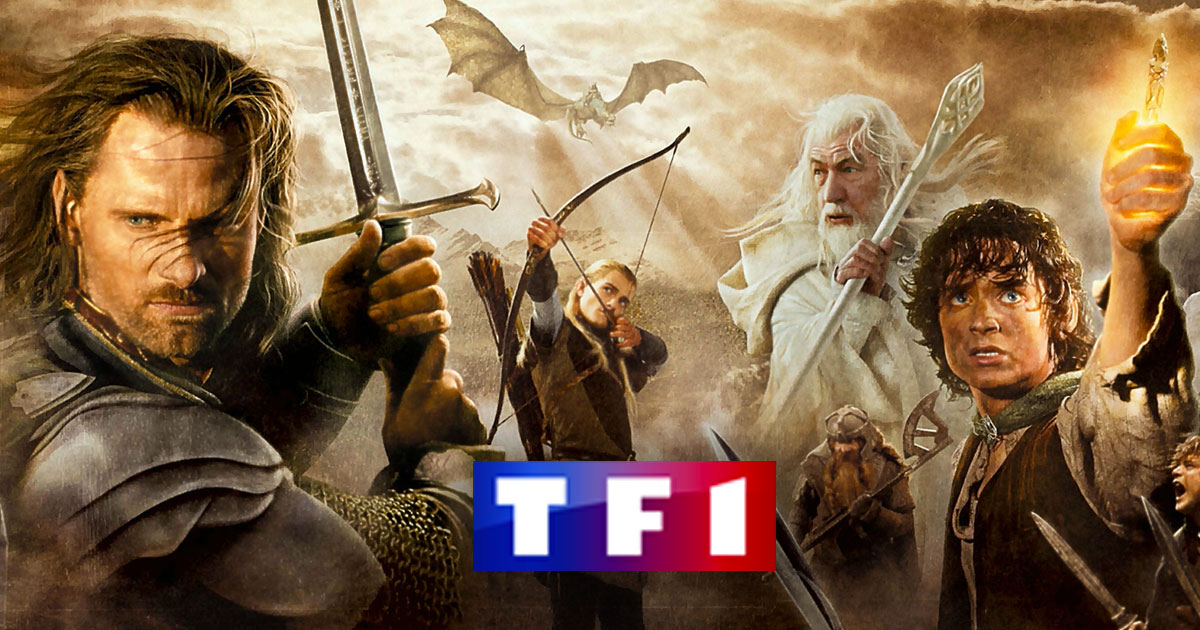 For the end of the year celebrations, TF1 makes a great gift for fans of The Lord of the Rings. In fact, the Peter Jackson trilogy will air twice on the occasion of Christmas. Discover the program.

Warm before the Lord of the Rings

For a few months now, the TF1 group has been delighting us with repeating many cult sagas. We had the right to Harry Potter, The Lord of the Rings, Jurassic Park, Fantastic Beasts, Star Wars or Back to the Future. Every show is an event and many viewers crowd in front of their television. Yes, most of these films are available on platforms like Netflix, Disney + or Amazon Prime, but we don’t necessarily all have access to such a service, and we don’t all have DVDs or Blu-rays at the same time. House. It is also a date when viewers enjoy watching these films collegially and commenting live on social networks. At Christmas, it’s a big program to be announced as the TF1 group will twice broadcast Peter Jackson’s The Lord of the Rings trilogy.

The trilogy was aired on TF1 last May. This time a connection to TFX has to be established. You have the right to show the films in the trilogy on Thursday evening and have a catch-up session on Sunday afternoon. It all begins with the broadcast of the Fellowship of the Ring this Thursday, December 3rd.

Here is the full program:

The Lord of the Rings – The Fellowship of the Ring: Thursday, December 3rd, 9:05 pm

The Lord of the Rings – The Fellowship of the Ring: Sunday, December 6th, 5:50 pm

Will you be Lord of the Rings for 98.765. See you again on TV? Take the survey and give your opinion in the comments.

Alone on a desert island to watch films: this is the craziest confinement marathon

Matthew McConaughey could become the coolest governor in the United States