The largest galaxy ever observed has just been discovered 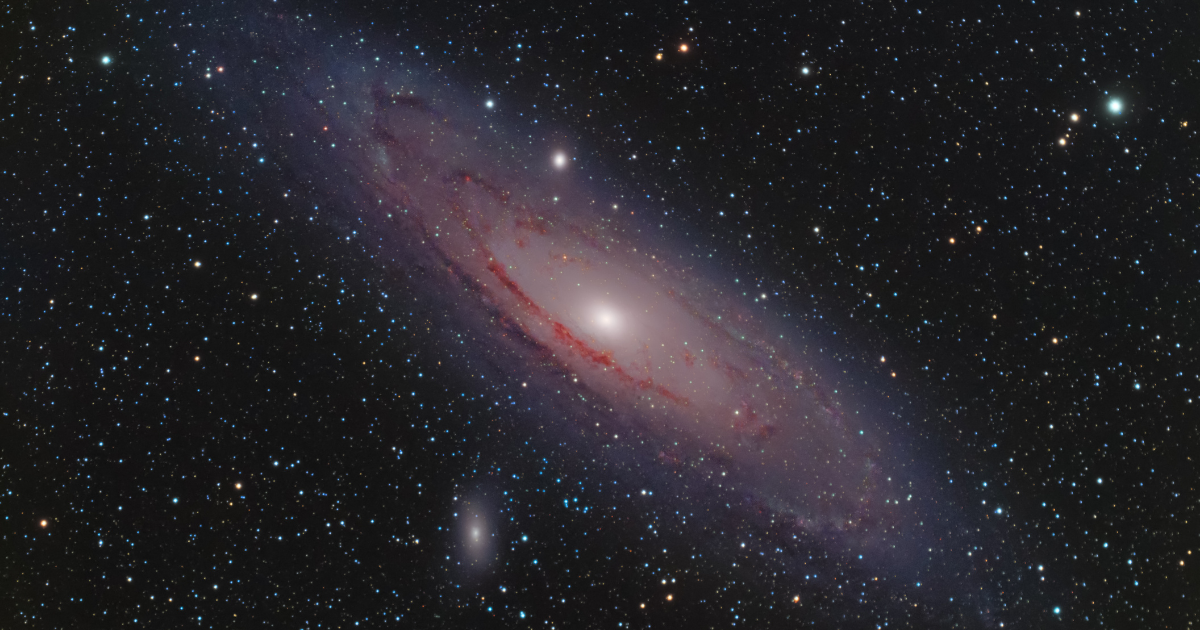 The universe and its boundaries remain a source of mysteries, and while scientists are constantly making discoveries, many of them cannot yet be fully explained given our current knowledge. But even if they are not yet able to grasp all the intricacies, scientists continue to explore the vast space that surrounds us in hopes of understanding its mechanisms and workings. An important discovery was recently shared.

a new galaxy that is imposing…

And when we say great find here, we don’t mince our words. In fact, astronomers have discovered the largest galaxy ever observed, nearly 16 million light-years long. Located about 3 billion light-years from our planet, this galaxy is called Alcyonée.

It was named after the giant of Greek mythology, son of Ouranos and Gaia. He was one of the leaders during the giants’ revolt against the gods of Olympus and fought Heracles on numerous occasions. And today Alcyoneus is no longer just a figure from Greek mythology, but also a huge radio galaxy and at 16 million light-years the largest known structure of galactic origin.

However, according to a press release from the University of Leiden in the Netherlands, Alcyonée was discovered by “a stroke of luck”.

…but that raises more questions than it answers

As explained by the space site, the Standard Theoretical Model states that the energy of radio galaxies is generated by a supermassive black hole. This energy can be released in the form of jets emanating from the galactic center. These types of active galaxies can then emit radio waves and have been widely used to find distant galaxies.

Thanks to the data collected by the radio telescope called LOFAR (Low-Frequency Array), the researchers discovered gigantic plumes of plasma emitted by a supermassive black hole, which, however, is typical. The jets then projected would span more than 100 times the diameter of our Milky Way, making it the largest known structure of galactic origin, the press release says.

Astronomers using radio telescopes have not previously been able to spot Alcyoneus because certain calibrations were required to fully observe it. After reprocessing existing images of the galaxy, the researchers immediately saw new patterns that alerted the team responsible.

This phenomenon has been observed in many galaxies, including the Milky Way, but researchers don’t know how Alcyoneus became so imposing. They initially thought it might be due to an unusually large black hole or an exceptional density of matter. However, the statement said these features appear relatively normal compared to other radio galaxies.

False color image of the radio galaxy Centaurus A

Alcyonée could thus provide new clues about the structure of our universe, also known as the cosmic web or the gaseous thread structure in which galaxies are born. As the intergalactic medium could play an important role, the researchers plan to further probe the giant radio galaxy’s surroundings to see if there is anything that could explain this unusual growth. The results of this research have been accepted and will be published in the journal Astonomy & Astrophysics.