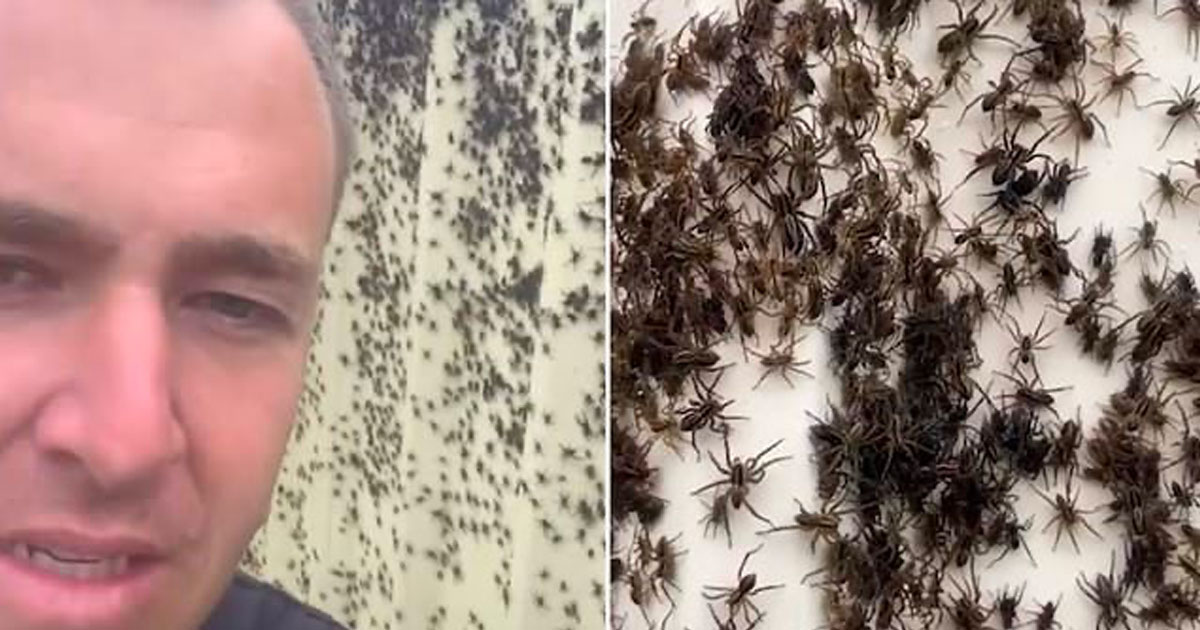 Following the fires early last year that devastated many acres of forest and killed many animals, Australians are now exposed to extraordinary floods that have been unknown for many years. These weather conditions cause some animals to flee.

Real invasions worthy of the 10 plagues of Egypt

You are probably familiar with the ten plagues of Egypt that God inflicted on Pharaoh in order to let go of the Hebrews whom he kept in slavery. You could say that the current weather conditions in Australia are similar. In the past few days, Eastern Australian territory has been hit by huge floods that have disrupted local fauna. The heavy rains that fall on the land force colonies of spiders to emerge from the ground to take refuge at high altitude. So many Australians have spotted hundreds, if not thousands, of spiders on the walls and roofs of their homes.

In addition to spider invasions, Australians also have to deal with mouse invasions. As you can see in the video below, thousands of them fled the floods.

The Australian government is warning residents

While the spiders shown in the videos above are mostly harmless, authorities expect a much more dangerous species to invade. In a statement announced, “Warming temperatures and high humidity make the perfect cocktail for an explosion of the presence of Atrax robustus in the days to come. They have been evicted from their habitat and will seek refuge in wider areas. Unfortunately, this could mean that you will be entering their homes very soon. ”

The name atrax robustus may not appeal to you, but they are very poisonous tarantulas and therefore very dangerous to humans. People who “have the courage” to catch tarantulas are asked to return them to the designated collection areas.