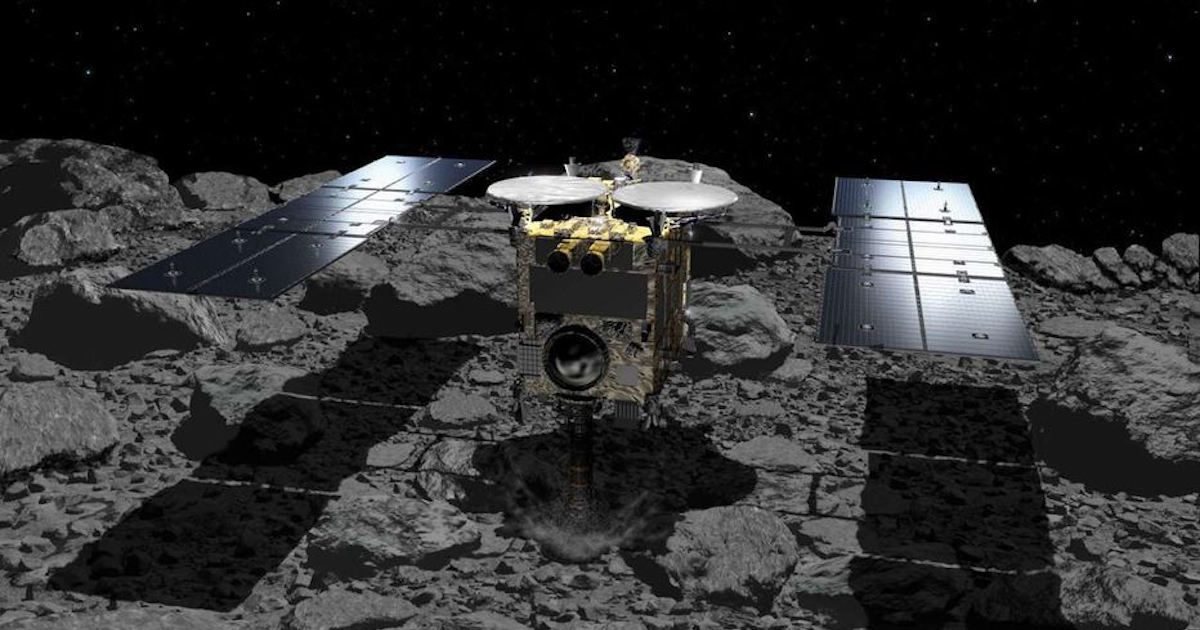 The Japanese probe Hayabusa-2 was launched in 2014 and stopped delivering numerous samples from an asteroid 300 million kilometers from our planet on December 6th. The probe’s cargo was recovered from a desert in South Australia. These are valuable examples because they can tell us more about the birth of our universe.

Delivery of asteroid samples after a six-year mission

Indeed, that Sunday, December 6th, the skies of Australia were crossed by a ball of fire. It wasn’t a shooting star, but a Japanese capsule that entered the Earth’s atmosphere after it detached from the Japanese Hayabusa-2 capsule. Inside, one hundred milligrams of asteroid dust collected from Ryugu, a celestial object about 300 million kilometers from our home.

Thanks to beacons, the scientists were able to recover the capsule in a desert in South Australia. Thanks to these samples, which have been protected from sunlight and radiation in the capsule, the researchers will examine them in Australia before they are sent to Japan. They hope that these samples taken during this mission will reveal more about how our solar system was formed.

As mission head Makoto Yoshikawa explains, celestial bodies of similar size to the earth see their composition change with temperature and pressure. However, this is not the case with smaller asteroids. Hence, scientists believe that these samples could be 4.6 billion years old and give us clues about the appearance of life on earth.

Note that half of the samples collected during this mission will be shared between Jaxa (Japan’s space agency), NASA, and other international organizations. The other half is kept for future analysis to take advantage of future technological improvements.

The Japanese probe will continue its mission with two new asteroids in sight. La Jaxa wants to extend its trip for another ten years. So it will perform a series of orbits around our star to study the dust in interplanetary space and observe exoplanets.