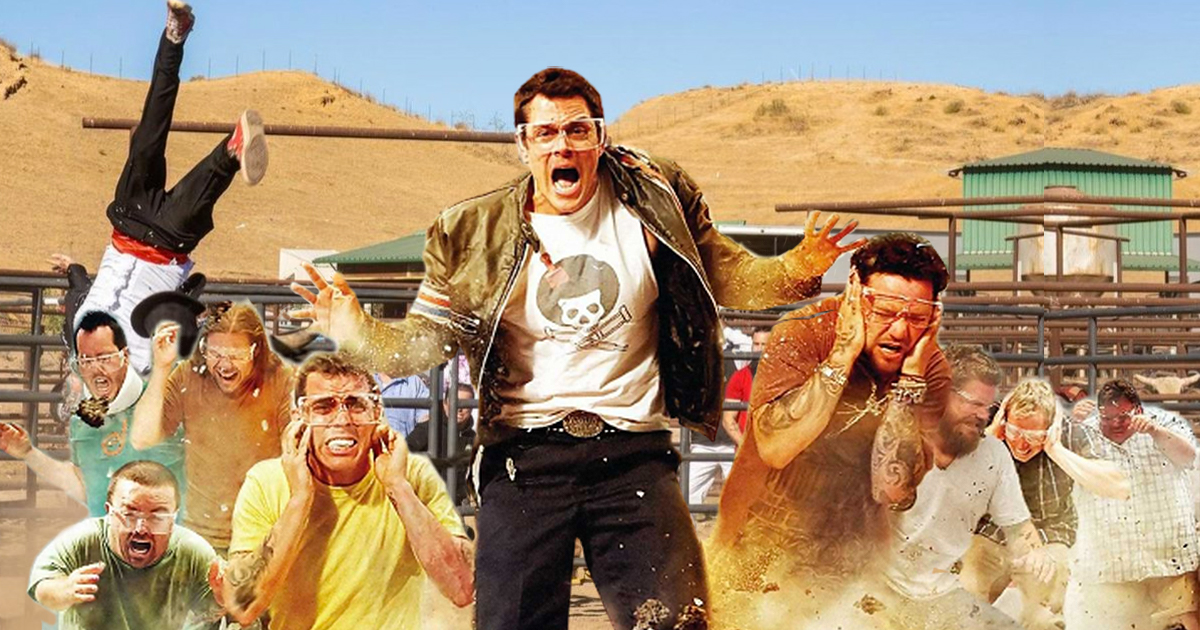 Jackass 4 finally has a release date. Jeff Tremaine’s film will find its troop of daredevils, including Johnny Knoxville, for one final film called Jackass Forever.

Jackass is originally an American reality TV show. The show aired on MTV from 2000 to 2002 and followed a group of young adults performing dangerous stunts and other fantasies for no other purpose than to make people laugh. The franchise has released 3 films since then, and the last time Jackass’ team appeared in a feature film was in Jackass 3 over 10 years ago.

If skateboarder and stuntman Bam Margera drops out after being fired from set for alcohol and drug use, Johnny Knoxville, Steve-O, Jason Acuña, Chris Pontius, Preston Lacy, Dave England, Ehren McGhehey will be there. Without further ado, a few pictures from Jackass 4 that promises to be just as crazy as the previous films.

When Johnny Knoxville stated in 2011 that there would be no Jackass movie after the death of Ryan Dunn, one of the actors in the previous films, director Jeff Tremaine and the actors eventually changed their minds. In addition, the franchise has called on new recruits to complete its cast, “History to bring fresh blood,” as Johnny Knoxville explained in an interview in 2018.

“We’re back! Sure, a bit older and a lot grayer, but definitely not smarter. Check out the first trailer online on Tuesday July 20th and we’ll all be in theaters on October 22nd.”

Jackass, consisting of 25 episodes that aired on MTV between 2000 and 2002, then 3 films between 2002 and 2010, will therefore release a fourth and final film, Jackass Forever, on October 22nd, 2022. Until the film is released, you can still discover this top actor who suffered a lot on the set.

“Sex education”: The protagonist promises to be “more daring” in the next season