The game will welcome this expected inclusive feature 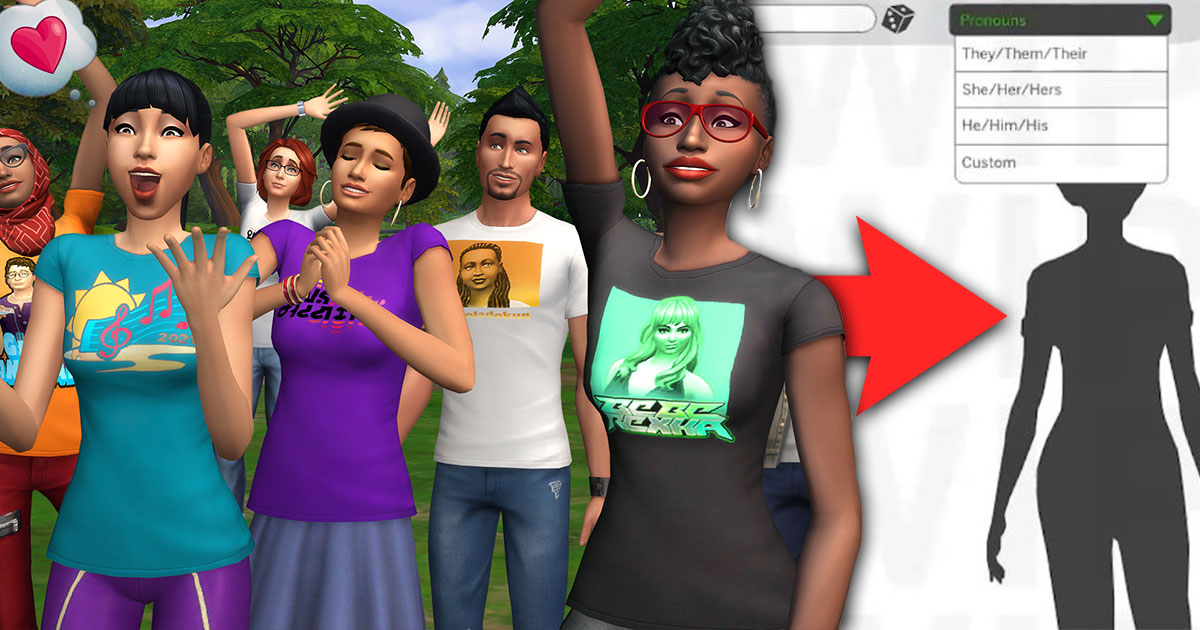 The game The Sims 4 is regularly updated. With 7 years on the clock, Maxis life simulation game multiplies updates. More or less constant, they still want to be constant, a chance for Sims 4 players who can enjoy fresh content. And soon a new inclusive feature will appear, which is especially awaited.

The Sims 4 is a popular game for the LGBTQIA2+ community. In the age of inclusion in video games, Maxis wants to satisfy its players from all walks of life. To achieve this, the studio plans to multiply the inclusive features. Additions in form and content that make the LGBTQIA2+ community feel heard. The studio has already announced that updates are planned for 2021 before taking advantage of this week to unveil the first images. During a stream, the studio revealed the beginnings of new features coming to The Sims 4.

The feature in question is the ability to give your Sims a pronoun other than “he” or “she”. A feature requested for 10 months. Non-gender pronouns that caught the eye of Sims 4 players, and for good reason, the petition garnered a total of 22,221 signatures, enough visibility for Maxis to care. The studio subsequently announced that it was looking into this feature, before recently presenting the beginnings of this future addition. For starters, when creating the Sims, the character will no longer only ask for their name, but also for their pronouns.

Several options can be selected for this phase of character creation: “He/him/his, she/her/hers and they/them/theirs”. The French pronouns have not yet been communicated. Note that a fourth option will be available, allowing the player to type in the pronoun they want themselves. Be careful though, the personalized option has a filter and avoids any rudeness, like the one used for the gallery.

If you told me last year when I started my Twitter campaign for pronouns in @TheSims that I would look at this picture right now, I don’t think I would believe it.

I started it, but we made it together.

Thank you all. That means so much to me and so many others. pic.twitter.com/b1ehkXiZYc

“If you’d told us last year when we started that Twitter campaign for pronouns in @TheSims that we were going to look at this picture now, we wouldn’t think you would believe it.

We started it, but we made it together.

Thank you all. It means a lot to us and to many other people.”

A campaign launched by YouTuber MomoMisfortune in 2021 that garnered enough support for Maxis to decide to implement it in The Sims 4. However, the studio has not announced a release date. A feature that is still in the early stages of development. Maxis won’t fail to update players in more detail over the coming months. The studio also announced that this feature will not launch until it is complete and complete.

For your part, are you satisfied with these supplements? Don’t hesitate to reply to us via the poll and comments section below.