The Courier
HomeTechnologythe game of the year 2021 at the heart of a new...
Technology 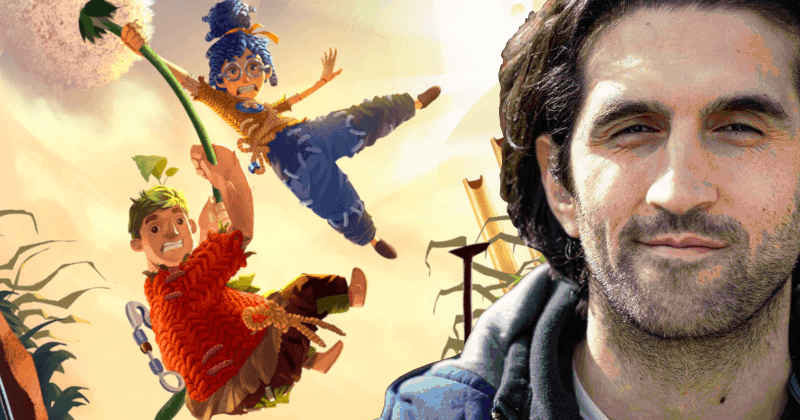 Sometimes works that we didn’t necessarily expect manage to surprise and shape us. This is particularly the case with video games. An example that perfectly illustrates this is the case of It Takes Two, a title released last year, only playable in co-op and that managed to win the GOTY 2021 title. With such success, it only makes sense to see him again as part of a new project.

Despite the lack of consoles, 2021 has been relatively rich in terms of video games, with titles for all tastes. But at a time when flagship licenses are increasingly struggling to win over players (FIFA 22, Call of Duty: Vanguard, Battlefield 2042, etc.), many of them are now turning to the singular. It Takes Two has brought a breath of fresh air to an industry in which blockbusters jostle.

Because in the title developed by Hazelight Studios and its quirky founder Josef Fares, there’s no war to wage between westerners and terrifying terrorists, no galaxy to conquer, no zombie by the hundreds to kill. No, the title published by EA Originals focuses on a much more human and humble story: with two players, you’re left with no choice but to cooperate (ideally your other half) to save a flapping wing.

A pitch that seems uninviting in the context of a video game, but nevertheless translates into an intense and moving adventure that earned the game the title of “Game of the Year 2021” at the last Game Awards ceremony. And after capturing the hearts of gamers, It Takes Two attacks another audience through a big-screen (or small?) adaptation.

A tempting adaptation on paper

Even if the adaptation of video games into the cinema or into the series is not new, they never seem to have had so much wind in their sails. While a prequel to the Uncharted saga is about to be released and the adventures of Cuphead see the light of day with The Cuphead Show on Netflix, It Takes Two is now to be adapted as part of an as yet unclear project in sequence. Variety media has revealed that a “film and television” adaptation is currently in its infancy, while Hazelight Studios has teamed up with production studio dj2 Entertainment.

Whether that means it will just be a small movie or a series, or even both, is hard to say right now. What we do know, however, is that Pat Casey and Josh Miller, who previously collaborated on the screenplay for 2020’s Sonic the Hedgehog, will be in attendance.

Therefore, for players who have completed It Takes Two since its release in March 2021, the idea is attractive on paper. It’s tempting to find the couple Cody and May reduced to toy status by a mysterious “Doctor of Love” (a book with moustaches)! However, it remains to be seen what the whole thing can bring as soon as the players find themselves only as spectators: The strength of It Takes Two was mainly based on its gameplay.

Share
Facebook
Twitter
Pinterest
WhatsApp
Previous articleJurassic World 3 will not be the last film in Universal’s franchise
Next article“Before the Doc shots were taken, we were in the hospital for two weeks – and I passed out.”