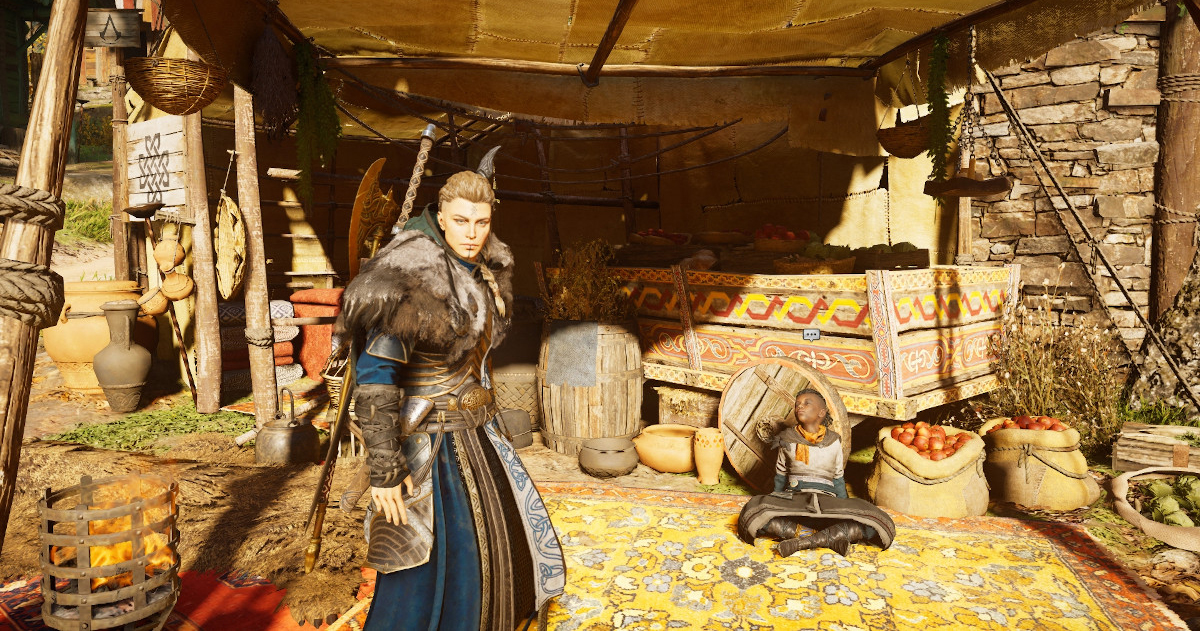 The game Assassin’s Creed Valhalla has some nice surprises in store for us. We had already mentioned some very mysterious tasks and secrets in a previous article, but one of them was not mentioned. This quest is very special as not only is it a mission that requires you to deliver items, but it also points directly to another popular license.

The secrets of Assassin’s Creed Valhalla

There are many secrets to be discovered in Assassin’s Creed Valhalla, some with Valka, others with the Hordafylke Mountains and still others with the mythical lands of East Anglia.

If you just want to follow the main storyline of the game as proof, it will take about 40 hours to complete. On the other hand, if you decide to step up the side quests and raids and solve most (or all) of the game’s puzzles, you can easily hit or double 80 hours of gameplay! So let’s conquer this famous quest directly related to a famous game that was released last year.

The secret quest for another game

Assassin’s Creed Valhalla was released on November 10th, 2020 while Death Stranding, one of the most anticipated games of the previous year, was released on November 8th, 2019. This is to celebrate this first anniversary that Ubisoft wanted to include Valhalla on a delivery mission that references the game by Kojima Productions? Whatever the reason, Assassin’s Creed Valhalla actually gives you a delivery mission referencing the Death Stranding scenario and its main protagonist from Ubisoft.

To discover this mission you will first have to expand your colony enough to get the shop. Behind the said shop (in barrels) you will find a list of four names that you must then bring to Yanli, the owner of the shop. The latter explains to you that this list actually contains the names of everyone who has not yet come to collect their packages and asks if you can take care of this famous delivery yourself. Just like with Sam Porter Bridges in Death Standing, you can get hold of these packages and go on an excursion on foot or by boat (unfortunately you cannot carry heavy items on a horse) which promises you to discover very beautiful landscapes that you have could have missed this quest without it.