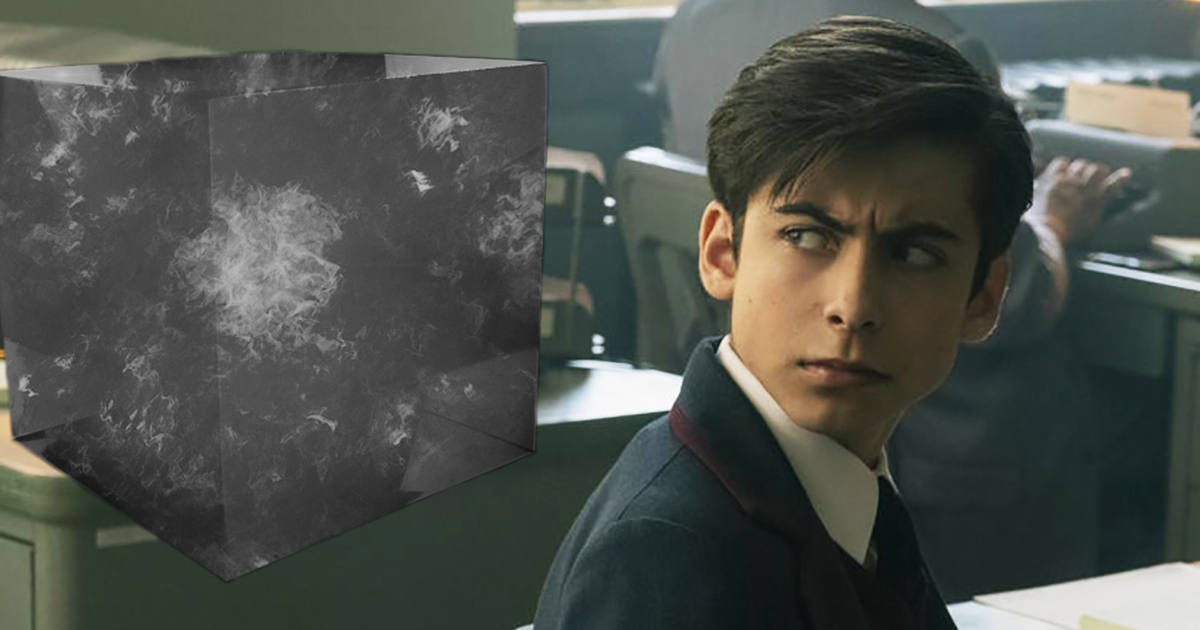 We know Sparrow Academy will be the focus of Umbrella Academy’s third season. While waiting for this famous season, many theories have already surfaced, for example about Harlan or Grace and Pogo. For our part, we were particularly interested in the new characters to be introduced, and one of them stands out from the crowd: Christopher, the floating telekinetic cube. It seems to us that this character should actually have a very special connection with Five.

Exactly two weeks ago, Netflix gave us a preview of the brand new characters that will appear in Season 3 of the Umbrella Academy. These were, of course, the Sparrow Academy students. Among the new students was the Telekinetic Floating Cube, which goes by the cute name “Christopher”.

Christopher is number 7 at Sparrow Academy. No actor has yet been listed who could play the role of Christopher, so it is likely that he has no or at least no human voice. He is indeed described as a very powerful oracle who gives “incredible advice” and is considered a full member of the family. It is therefore very likely that his advice will be spread with a robotic voice, or that Christopher will have the opportunity to have his visions appear in the minds of his family members (in which case that would be special as we would never hear the character, but that could be an interesting trend). How could this cube, which we end up knowing almost nothing about, be Five’s alter ego in Umbrella Academy’s season 3? We explain everything to you.

The alter ego of the five

As you know, Cinq (or Five in French) is an adult stuck inside a teenager’s body. This is because he was trying to master teleportation and too impatiently decided to jump in time, which over time made him become a man in his fifties, bitter and cynical. Our man finally managed to re-integrate his own temporality and body, but the one he had when he left when he was a teenager.

Five is at least fortunate to be in a human body, which Christopher is not. Thanks to Netflix’s description, we already know that Christopher is of “unknown” origin, but capable of making a room icy and provoking a completely paralyzing fear. He acts as an oracle, as we have seen earlier, giving incredible advice and also acting as an intermediary within the Sparrow Academy. Much like Five in his own family, Christopher is sure to be a central part of the story as he will be the one with the greatest long-term visibility thanks to his skills as Five in the Umbrella. Christopher will therefore surely be the one to come up with strategies or advice to help the Sparrow Academy stand out against the umbrella (as Five does on his side), but that’s not all.

Christopher could be a person who was turned into a cube after a bad experiment under the direction of Reginald, as was the case with Luther, for example, who had to develop into a “monster”, as Diego puts it. Christopher could be doomed to live in this state forever, as Five must have suffered to a lesser extent from returning to his childlike body. It is likely that the two characters are facing the same problem, namely being stuck in a body that absolutely does not reflect their real age or personality. Christopher also has the disadvantage of being completely dehumanized with this cubic shape.

The latter, however, can (maybe) give Five a new perspective and further develop it in this third season. It has to be said that according to recent polls, Five is the umbrella’s favorite character and that it would be fascinating for viewers to develop in contact with someone who has skills close to their own.

While you wait for this long-awaited third season, know that you can always take our personality test to find out which character on the series you would have been in the Umbrella universe.