The Courier
HomeWorldthe five most terrifying antagonists of the saga
World

the five most terrifying antagonists of the saga 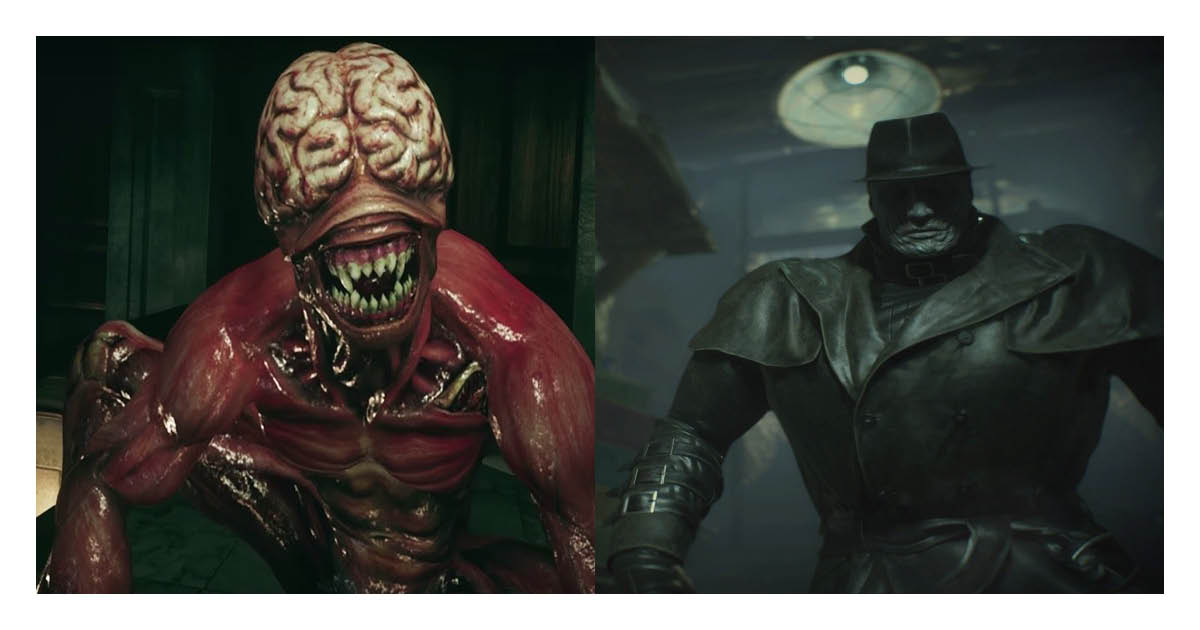 Resident Evil would be just a simple puzzle and zombie game without the presence of some terrifying enemies, adding the famous license developed by Capcom to the pantheon of survival horror today. From tough monsters to real bosses and big bad guys, here are the top 5 most terrifying antagonists in the saga.

Warning: We made the decision not to include the villains of Resident Evil Village in this top, as the game has just been released we didn’t want to risk spoiling ourselves. However, we invite you to read our review.

While we can’t qualify these enemies as full bosses, the chainsaw men of Resident Evil 4 are creepy nonetheless. This can be seen in her first meeting with Leon in the Spanish village of the infected, where one of them constantly runs over us, the sound of a chainsaw in the background. It is certainly more the sound of the gun than the difficulty itself that creates the feeling of stress most, as Dr. Salvador thinks more of the HP bag than of an enemy with a complex pattern. Leon will hit several during the adventure (including two in the mines, making confrontation difficult), this ball in the stomach each time.

Jack Baker, head of the Baker family, whose members aim to eliminate Ethan Winters in search of his abducted wife, Mia, is certainly the most formidable antagonist of this opus, and it will take Ethan no less than three clashes to to overcome it. The first meeting sets the tone in which Jack tracks us down in the baker’s house like a Mr. X or a nemesis, a real nod to the second and third episodes of the saga. There is a collision in the garage, albeit a bit scripted. The following ? A scissors and chainsaw duel in the treatment area, which is undoubtedly one of the most interesting parts of the game. Indestructible, an ultimate boss fight – in which Jack transforms into a filthy beast characteristic of the license – will allow Ethan to overcome it. The ubiquity of Jack Baker, especially in the first part of the game (the most intriguing of this 7th opus) creates the feeling that he can appear at any time and creates a constant vulnerability to the player. It is in these points that it deserves its place in this ranking.

The Licker is a cult enemy of the license. First encountered in Resident Evil 2 on PS1 in 1998, Lickers literally increase the difficulty of the game and make zombies look like simple acts. Fast, agile, formidable, the Licker are tough enemies as they attack with their tongues from a great distance and have infuriated many players on PS1 especially since the gameplay and camera angles were totally unsuitable for this type of combat. In the remake of 2 released in 2019, their numbers and skills increase. Let’s also quote episode 5 with some memorable passages facing hordes of goodies this time. Here the feeling of vulnerability, filled with their speed, makes the Licker more than deserves its place in the top 3, and mocks many chiefs of the license. An inevitable enemy as he will be included in several of the license’s opuses.

Mr X also first appeared in Resident Evil 2, but is his main antagonist. Better, it introduces the concept of the enemy stalker to the saga, which, as the name suggests, continuously haunts the player throughout the adventure. Almost. In the Resident Evil 2 remake, Mr. X first appears in a cutscene that says a lot about what Leon.S Kennedy will expect for the rest of his adventure. The instigation of fear in the player is introduced excellently in the second encounter. As the player wanders around the police station to continue his search, Mr. X suddenly appears with no cutscene, pushes a burning helicopter out of the way and stomps after us. We understand here what to expect for a good part of the game: it won’t let us go. Also, Mr. X will appear randomly anywhere, anytime during the game. It will take some struggles to overcome. Cult.

And the winning number obviously doesn’t come as a surprise to Nemesis. How not to give first place to whoever gives its name to the third part of Capcom’s license: Resident Evil 3: Nemesis. If the latter is not considered one of the best works of the saga, then it owes its salvation to the presence of the terrible nemesis, the fit of constant fear. Nemesis is of the same kind as Mr. X, he’s a stalker enemy like him, he’s just as indestructible as him, and he appears just like him throughout the adventure. Although his appearances are more scripted than Mr. X, he seems more frightening because he chases Jill Valentine – main character from Resident Evil 3 – not just by walking but also by running. And that makes these flight phases extremely difficult. It also has a ranged attack as it slightly stuns the player to better catch up if it takes too much lead. The damage done hurts so you’ll need to arm yourself with courage and green grass to escape it while hearing that iconic answer: “STARS”. Nemesis appears numerous times in the game, including a memorable period at the police station freaking out. His presence increases tenfold (too much)? in the remake of 3 released last year to the extent that fear can give way to fatigue (evidenced by simplified boss fights). Even so, it is impossible not to rate Nemesis number 1 on this ranking as his charisma and boldness are unparalleled. A real stalker.

We could also have told you about William Birkin from Resident Evil 2, Lisa Trevor from the first work, Albert Wesker, a major villain of the saga, or even dogs, but that classification remains subjective. So do not hesitate to offer us your own gaming experience according to your wishes.