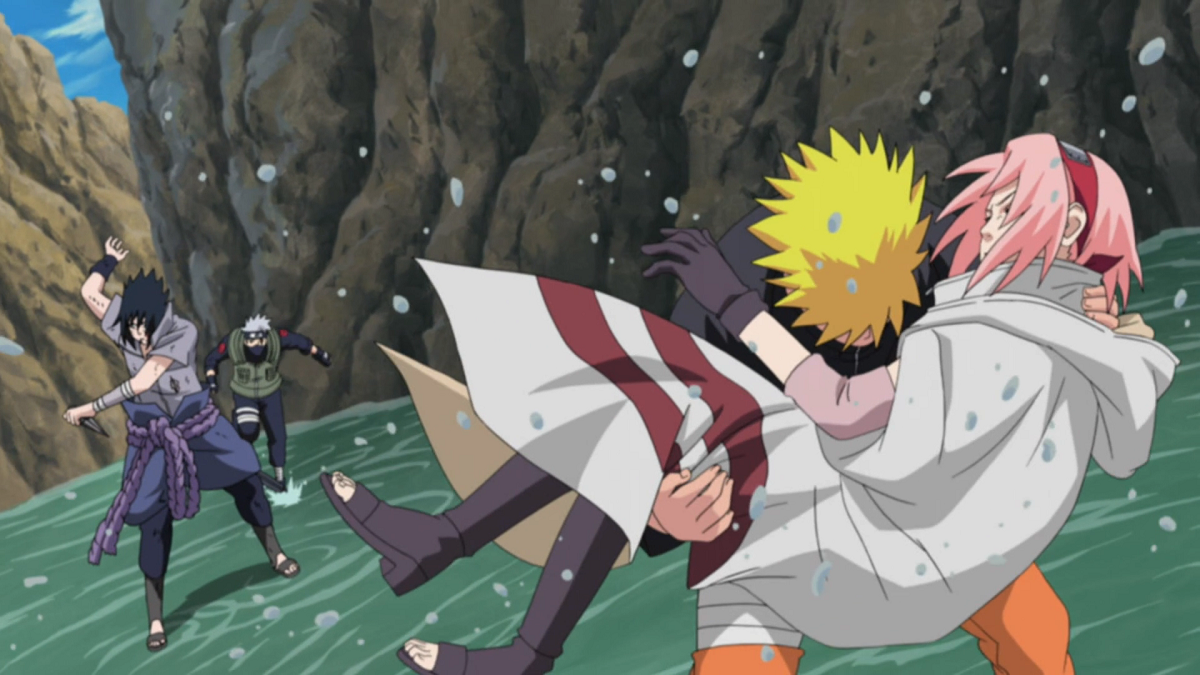 The manga Naruto was started in Japan in 1999 and completed in 2014 after 72 volumes. This year he celebrates his twentieth birthday. Cult manga that has captured millions of fans around the world. Masashi Kishimoto’s work set the mood, particularly for some of his fights, which are among the most epic in manga history. The proof in five spectacular scenes!

This is arguably the most popular bow among Naruto fans. Hardly Konoha Village and readers recovered from Jiraiya’s death. The Hidden Village of Leaves is attacked by the Akatsuki who are determined to find Naruto Uzumaki, who is training with Master Fukasaku. The tremendous pain and its avatars manage to undermine Konoha’s defense. Even Kakashi and Tsunade cannot stop this plague. When pain destroys Konoha village through heavenly repulsion. In the ruins, Sakura contemplates the catastrophe and calls Naruto with all his might, who appears miraculously in a cloud of smoke, accompanied by three giant toads (Gamabunta, Gamakichi and Gamaken) as well as Master Fukasaku and Lady Shima. One of the most incredible fights in the manga will follow, with the latter managing to defeat the incarnations of pain one by one before defeating the last bread. Naruto’s return to Konoha marks an important milestone in the story of the young hero: from that moment on, Naruto became the most powerful ninja in his village, the hero of Konoha, loved and admired by everyone. He who was once excluded from society for carrying the demon fox with nine tails.

It was one of Naruto’s most anticipated showdowns. We have known since the first volumes that Sasuke seeks revenge on his older brother Itachi, whom he admired until he murdered his entire family. Itachi is a character known and feared for his power and use of ninjutsu and genjutsu techniques. Most of all, he’s an ultra-charismatic character. After Sasuke left Konoha and trained with Orochimaru, he assembled a team, Hebi, to hunt down and kill Itachi. Obviously the confrontation between the two gifted brothers sparked a spark. The fight ended with Itachi’s death and the most heartbreaking revelation in the Naruto manga: Itachi really worked for Konoha, trying to save his brother. From this revelation a new calling will emerge for Sasuke: to avenge his brother and destroy Konoha.

3 / The return of Madara Uchiwa

After the destruction of Konoha and the failed attempt to take Hachibi, Madara declares war on the five great ninja nations to get their hands on Kyubi and Hachibi. During World War I, we discover that the leader of the Akatsuki was not Madara Uchiwa, the great rival of the First Hokage, but Obito Uchiwa, the former teammate of Kakashi Hatake, who meanwhile was believed dead from the previous Great Ninja War. Thanks to Kabuto’s help, Obito resurrects the real Madara Uchiha. And it’s a real show of force that readers are attending, as Madara is an outstanding fighter. He manages both to undermine a large part of the coalition army and to fight together against the five Kage. With the help of his Rinnegan and Sharingan, Madara is undoubtedly the enemy who has given Naruto and his friends the greatest trouble. It gets along well with Kaguya Otsutsuki.

Before the Great Ninja War, Naruto trains with Killer Bee to master Kyubi. During his training, he meets his mother Kushina Uzumaki in a moment full of emotions. Kushina reveals to Naruto what really happened the day he died. A masked man posing as Madara infiltrated Konoha to bring Kyubi back. She is rescued by her husband, Minato Kamikaze, Fourth Hokage, who brings her to safety. Then begins a short but impressive fight between the masked man and Minato, who is often referred to as the most talented of the Hokage. With his teleportation techniques and his Rasengan the Yellow Lightning of Konoha succeeds in gaining the upper hand against his fleeing enemy. However, if Hashirama Senju, the first Hokage, was later found to be much more powerful than Minato Namikaze, let’s see that Minato is one of the most powerful characters in the manga.

During the fourth great ninja war, the alliance armies formed by the villages of Konoha, Suna, Kiri, Kumo and Iwa were against Madara Uchiwa, Obito Uchiwa and Kabuto. The coalition plagued by the two Uchiwa has many victims. But the return of the Four Hokage, Hashirama Senju, Tobirama Senju, Hiruzen Sarutobi and Minato Namikaze will strain the balance. Especially since they are accompanied by Orochimaru and Sasuke Uchiwa, a conversation with the Hokage of the past was convinced to help and protect Konoha instead of wanting its destruction. The reader eventually participates in the reunion of Team 7 and the enormous gap between that formation and the rest of Konoha. Every member of Team 7 was trained by a legendary ninja: Naruto from Jiraiya, Sasuke from Orochimaru and Sakura from Tsunade. When the three friends each make their invocations, we understand that victory is at the end of the road, even if it will be littered with pitfalls.