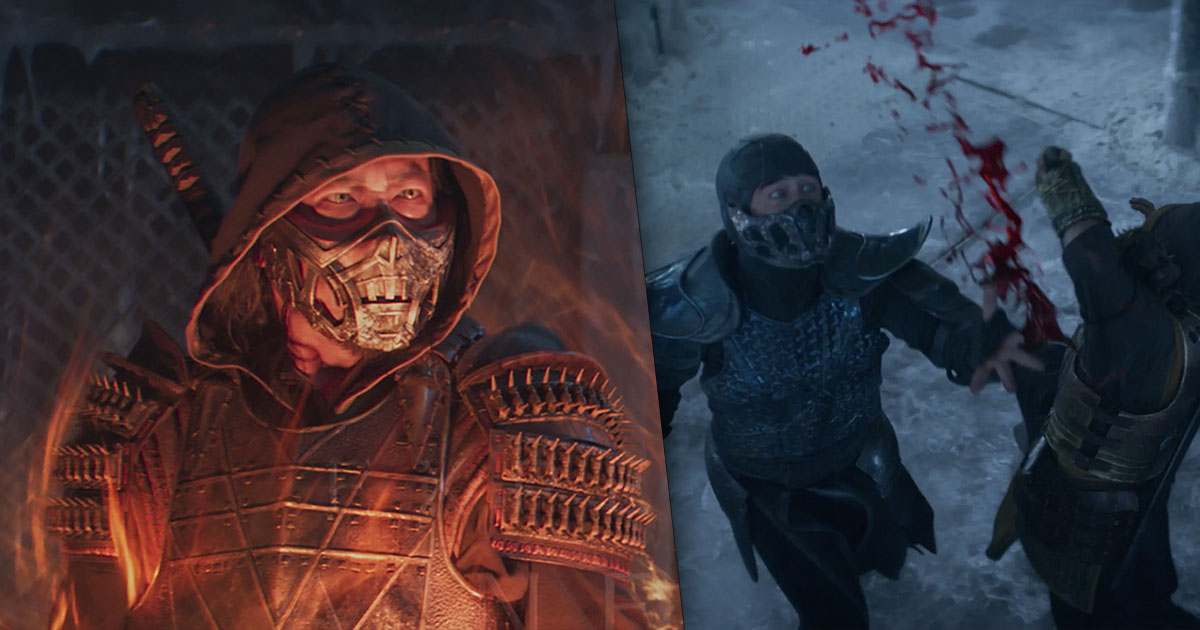 The restart announcement for the 1995 Mortal Kombat film met with both enthusiasm and suspicion. While the first footage looked promising, the fan community remained wary of the license’s (disappointing) previous film adaptations. In the meantime, the first reviews have arrived, which finally allow us to give us a global idea of ​​what to expect.

While Mortal Kombat will be released simultaneously in the US in theaters and on HBO Max on April 23, 2021, the official release date for France is still unclear. Despite everything, the film has already been released in some countries such as India, China, Indonesia and South Africa.

The first reviews have therefore just appeared and appear to be unanimous.

There seems to be some good ones and some not so good ones in this famous reboot. However, most critics agree that this version is much better than the original 1995 film and infinitely better than the 1997 one.

A new start that should delight early fans

While the scenario isn’t necessarily praised for its depth, the choreography of the fights is particularly impressive and the use of CGI perfectly suited.

But the news that will undoubtedly excite fans of the license the most lies in something completely different: the respect for the original work.

Violence adapted to the title

In fact, the treatment of the characters and lore seems to be pretty faithful to the source material (at least, much more so than the ’90s movies).

While the plot isn’t exactly the richest aspect of the feature film, it should be said that customizing a fighting game like Mortal Kombat only makes sense if you understand what’s going on. Is his strength.

In this case, fans of battle scenes with doubled hemoglobin and ingenuity will not be disappointed.

Some critics sometimes criticize that the fan service is a little too present. But it is clear that it works.

The film may not be so flashy to the uninitiated, however. Mufaddal Fakhruddin of IGN Middle East complained in particular about the lack of personality of Cole Young, the hero who served a rather mild acting. He assures us that it is still a “decent action movie” for them and that some scenes, including the prologue, are well worth it.

The first reviews of the film

“Mortal Kombat (2021) doesn’t come without its hassles. From speed issues to lack of character development and weird edits, it’s not just a quick win. Despite the occasional beating, the movie still comes up and wins in the end. Sometimes you have to just watch a movie in which one character freezes another’s blood and stabs them to death. “

“Mortal Kombat (2021) is not without its flaws. From speed issues and lack of character development to weird edits, it’s not a quick win. Despite the occasional low blows, the film hits hard and wins in the end. Sometimes all you have to do is watch a movie where one character freezes another’s blood and stabs them with it. “

“For every step back that it takes, Mortal Kombat immediately steps forward again on the flying bike until I left the cinema, not just thoroughly entertained, but all-in in the next chapter, which was annoyed in its closing moments. With one Priced at just $ 50 million, the film doesn’t have to do much to break even and guarantee a sequel, so let’s just hope 2021 doesn’t mean a death on this franchise. “

“For every step backwards that he takes, Mortal Kombat turns forward until I not only fully entertain the cinema but also fully pick up on the next chapter that was spiced up at the end of the film. With $ 50 million returned, the film doesn’t have to do much to break even and secure a sequel. Let’s just hope 2021 won’t be fatal for this franchise. “

“This is certainly not nuanced character drama; instead, these are boxers with ninja blood and green berets with robotic arms who beat invisible lizards and bat-wing demon babies to a bloody pulp. When they don’t fight, the characters argue and bubble up pseudo-spiritual idioms until it is time to compete again. The mortal kombat is not for the discerning palate, but for connoisseurs – come here! “

“It’s certainly not a plot with nuanced characters, instead there are boxers with ninja blood and green berets with robotic arms who defeat invisible lizards and bare-winged demons. When they’re not fighting, the characters argue and swing pseudo-spiritual idioms up to it Time to fight again. Mortal Kombat is not for the most discerning of minds, but for connoisseurs, don’t miss out! “

In conclusion, if you don’t expect to get out of the session particularly adult, the “deaths” and fight scenes should be largely satisfactory. Definitely enough to be entertained.