The film starring Tom Holland is destroyed before its release 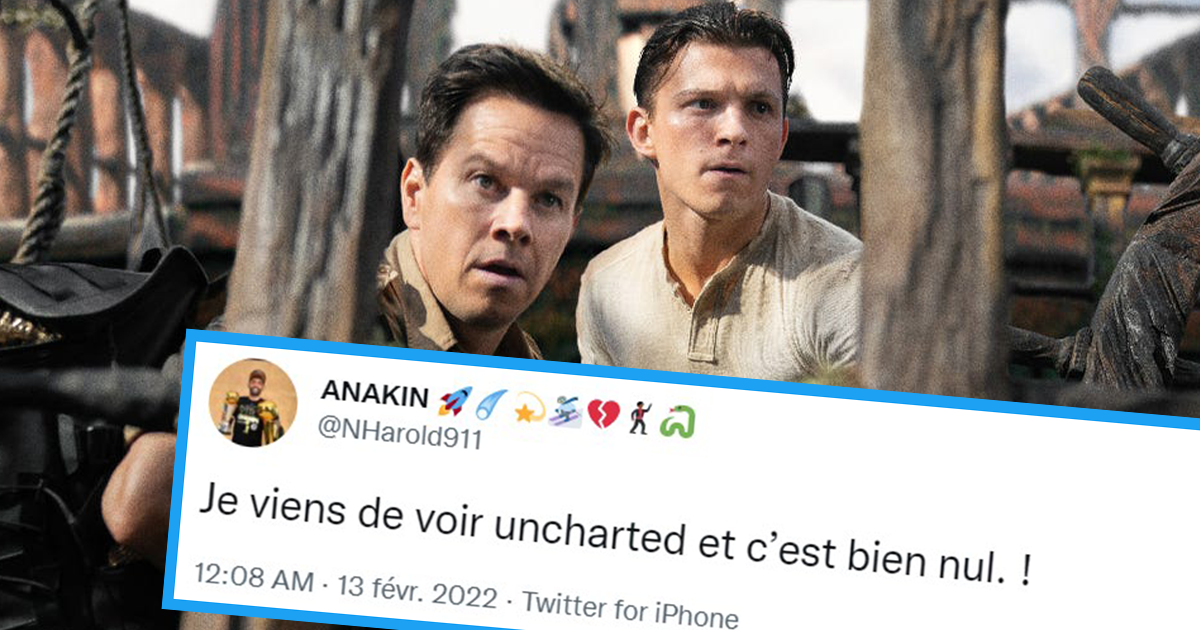 Some fans have already had the opportunity to discover the film Uncharted in cinemas during the preview that Tom Holland went to, but for most French people the film will be released in dark rooms from February 16, 2022. And for those who would like to know the tenor of the current reviews regarding the film, the latter are not exactly enthusiastic at the moment.

The Uncharted film will not be released in the United States before the end of the week, and in France it will be available to see from tomorrow (February 16, 2022). As you know, previews have already taken place and so far the feedback on the film has been pretty…poor.

Uncharted, based on Naughty Dog’s massive game series, has a long way to go to make it to the big screen. As you know, Tom Holland embodies the character of Nathan Drake. Mark Wahlberg, formerly approached for the lead role, will play Drake’s mentor, Victor “Sully” Sullivan. They are joined by Sophia Ali, who plays longtime supporting character Chloe Frazer, and Antonio Banderas in a villain role created for the film. And if some were worried about discovering this prequel, for the moment it has to be said that the reviews are pretty bad.

As of this writing, the Uncharted movie has a 53% rating on Rotten Tomatoes and critics are hitting the movie hard. There are some good reviews in the major genre media, but most are only marginally positive. For example, Time Out describes the film as “passable”, The Film Authority as “fairly ordinary” and Movies4Kids as “a light version of Indiana Jones”. So not really enough to get the fans excited.

At the heart of Uncharted has always been Drake’s relationships with those he loves, but the chemistry seems to be off, particularly between Holland and Wahlberg, according to early reviews. The Independent, for example, describes Uncharted as a “sluggish,” “passionless” film based on a “script that has no idea what Sully and Drake mean to each other.” The Financial Times, for its part, judged the film to be “stuffy” and “joyless”.

However, critics agree on one positive point: Tom Holland’s performance. The Times writes that Tom Holland’s power and compelling charm are “wasted” in a “boring” adaptation of a hit game. And you, do you plan to discover the film Uncharted in cinemas to form your own opinion? We’ll let you answer this question via our poll and via our comments section! And if you want to know what other PlayStation cult game Tom Holland wants to adapt for the cinema, you can consult our previous article on the subject.