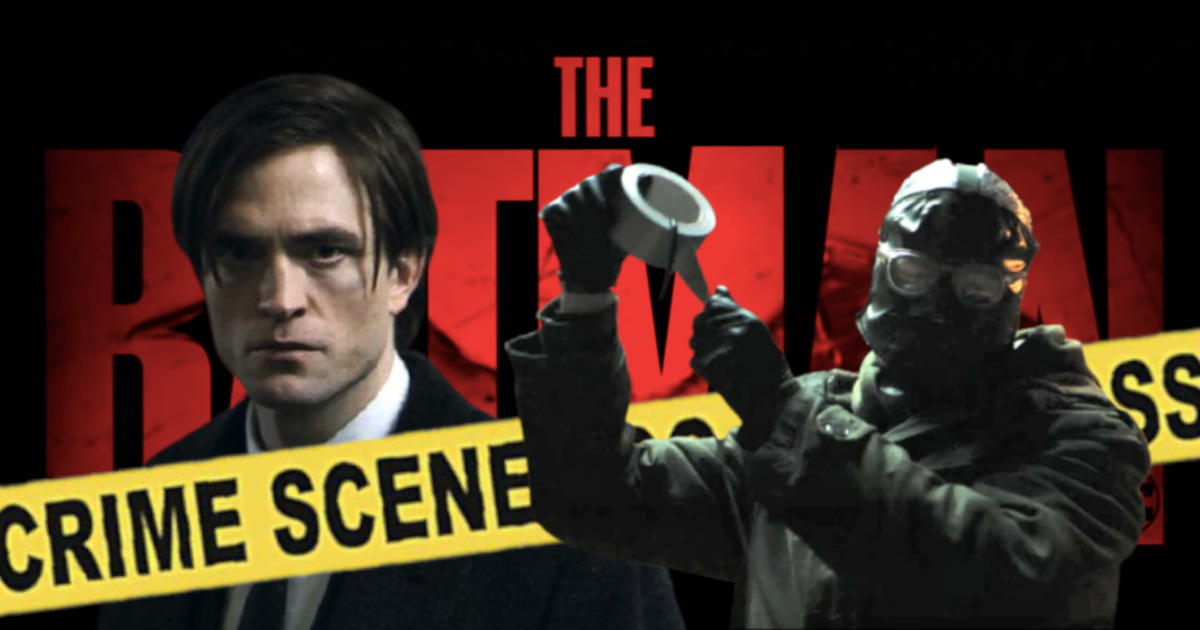 As The Batman hits theaters on March 4th, the salty news of this very dark film continues to trickle in. This new snippet partakes in that, revealing a very oppressive atmosphere felt in Nolan’s old trilogy as well as through the great thriller classics.

A film modeled on the psychological thriller.

As the theatrical release of The Batman by Matt Reeves (Planet of the Apes, Cloverfield) approaches, the gray areas are dissolving. The trailers aim to give us a glimpse of the plot that will be at the heart of this new take on the Dark Knight, played by a Robert Pattinson created for the role and to create a particularly dark atmosphere. This is confirmed by the main theme, unveiled a few days ago, set to music by the American composer and musician Michael Giacchino.

We also know that the main antagonist will be The Sphinx (The Riddler), played by Paul Dano, and not The Penguin (Colin Farell), who won’t appear in the entire film. A Riddler directly inspired by a famous serial killer who terrorized the US in the 70’s and his particularly unhealthy and deranged modus operandi, based on riddles for local authorities and Batman.

So if the movie promises to be very dark, its genre will be close to a thriller (as confirmed by director Matt Reeves and Robert Pattinson) as we can see from some scenes. But a first excerpt has just appeared on the Internet in the form of a promotional clip, which supports the idea that the film will be based on the psychological thriller.

A depressing and disturbing scene

The scene in question, disturbing as it is, takes place during a police officer’s funeral when a vehicle speeds into the crowd and eventually collides with the back of the church. The driver who emerges turns out to be just a pawn in the Sphinx’s diabolical plan (appearing above), as he is trapped by a bomb strapped to his body with a message addressed directly to the Dark Knight.

This new scene confirms once again the whole oppressive atmosphere of the film, which takes up all the codes of a classic scene from a thriller (with terrible accents according to Matt Reeves) like Seven or even Saw. In addition, The Batman has just received a PG-13 rating in the US (not recommended for children under 13) for “very violent and disturbing content, drugs, slanderous and salacious material”.

We also find the dark atmosphere in the trilogy that Christopher Nolan started in 2005 with Batman: Begins, until 2012 with Batman: The Dark Knight Rises, which will no longer be the longest Batman film of all time since it is this version of 2022 is wins this title.

What do you think of this excerpt? Feel free to share your feelings in the comments.