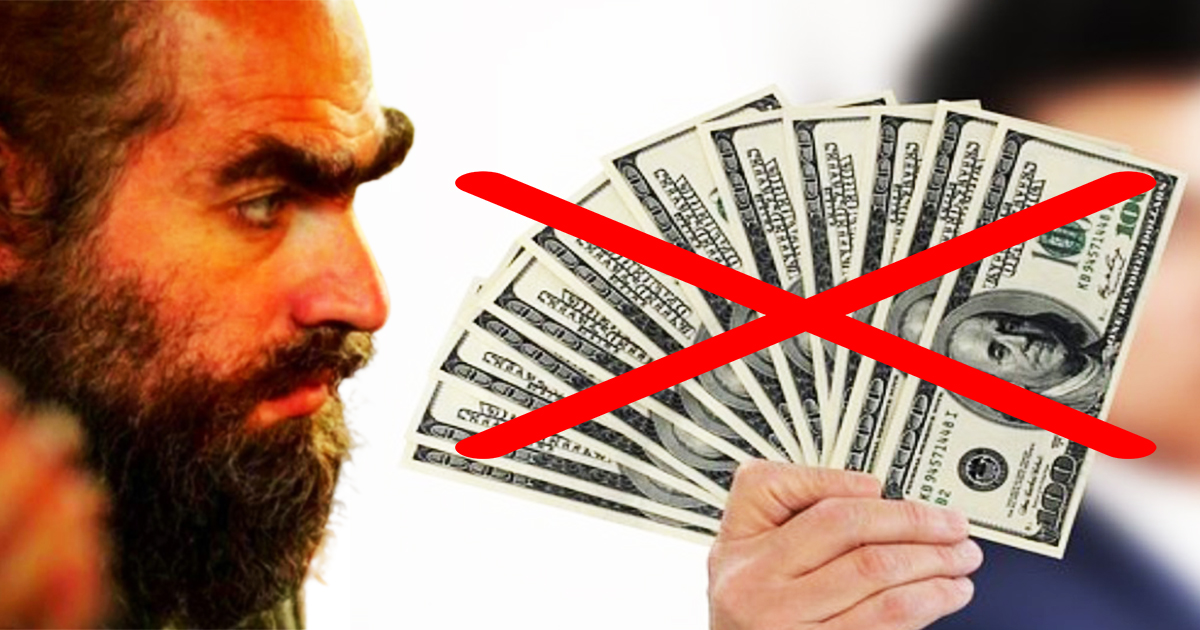 There are certain stories that lead us to immerse ourselves in the exciting field of mathematics. Grigori Perelman’s story is one of them. To this day, the man (or the genius) is the only one in the world who has succeeded in solving one of the “problems of the millennium”. We tell you his incredible story that gives us a real lesson in humility.

Perhaps you’ve heard of “Millennium Prize Problems”, often abbreviated as “Millennium Problems”? This is a series of seven math challenges considered insurmountable and proposed by the Clay Institute of Mathematics in 2000.

If a problem can be resolved, the institute pledges to pay $ 1 million to the person who managed to find the solution. Here is the list of the seven issues fixed by the Clay Institute:

The latter problem, the Poincaré conjecture, is the only problem of the millennium that has been solved today. Here is the incredible story of whoever managed to find the void.

Grigori Perelman, a life in research

To understand how to solve a millennial problem, one must first understand who Grigori Perelman is. The latter was born in Leningrad (now Saint Petersburg) in 1966. The Russian math school was outstanding at the time, and math clubs for particularly gifted children had sprung up across the country. Grigori Perelman, who is still in school, is perceived in this type of club as an incredible “problem solver”, in short a born problem solver. He even won the gold medal at the 1982 International Olympic Games!

Perelman will continue his studies at Leningrad University, especially studying smooth and non-smooth Riemanian geometry. Only a few years later, the mathematician received worldwide recognition for having succeeded in demonstrating a conjecture in his chosen field, Rieman’s geometry. In 1995, however, Perelman rejected all offers from American universities in the USA and returned to St. Petersburg. For seven long years he will not bring any news to the outside world (and that includes the world of research). Many of his colleagues and journalists who followed the development of the child prodigy believed at the time that the mathematician had solved a problem that was far too complex for him.

Indeed, Grigory Perelman had taken what many considered a “dead end”. He had attacked Poincaré’s conjecture and was determined to defeat it. It turns out that after seven long years of research it will. On November 11, 2002, Perelman published a short 39-page article in the arXiv database (an open archive of electronic preprints of scientific articles) that laid the foundation for demonstrating the Poincaré conjecture. Aside from the fact that this way of doing things is completely unusual (since the mathematician has not looked through a traditional technical journal), no one thought that a hard-working man working alone would accomplish such an achievement.

Perelman therefore travels to the United States again to uncover the answer he has found to the Poincaré conjecture and notes with great anger that the pressures of the media around him are still increasing. In claiming to have defeated the Poincaré Conjecture, Perelman has actually caught media attention around the world. Additionally, he is particularly disappointed with his colleagues, who will take a total of four years to review his work. When all the reviews were done, one of the teams in charge of reviewing its work requested part of the price that had to be paid to solve this problem: the Millennium Prize.

In 2006, Perelman was awarded the Field Medal and in 2010 the Millennium Prize. The mathematician does not want to betray his deep ethical convictions and will not only reject the awards, but also the prize of one million dollars intended for him.

Perelman will explain (and this is one of the reasons why he turned down this award) that his work is based on that of the American mathematician Hamilton. For Perelman, he deserved the honor just as much as he did. Every scientific approach is, in fact, based on the work of its predecessors, and Perelman picked up the torch that Hamilton left him to eventually break the lock that Poincaré’s conjecture was. The mathematician, who declined all honors, then resumed his life and wanted to avoid the media sphere. He continued to live with his mother in a popular part of St. Petersburg.

Grigory Perelman, generally described as shy, not very talkative and particularly focused on his work, therefore proved to the whole world that nothing for him was worth the luck (and immense pride) in solving a problem said “insurmountable “. Today, at the age of 54, the mathematician no longer works for the Steklov Institute. He stepped back to mark a real break with an environment that has disappointed him greatly in the past. According to some Russian newspapers, Perelman is currently working with his sister in Sweden and in the nanotechnology sector.

Since Perelman suffered a lot from the media world, we have no evidence that he moved to Sweden. These are just lingering rumors, but at least they prove that the media sphere is now respecting his privacy. However, if we know Perelman’s passion for his work, we can imagine that the genius is not at rest, but that he works in hiding, at least for the time being.

And if you liked this kind of portrait of a celebrity of our time, you can easily find the portrait of the man who accidentally stuck his head in a particle accelerator.