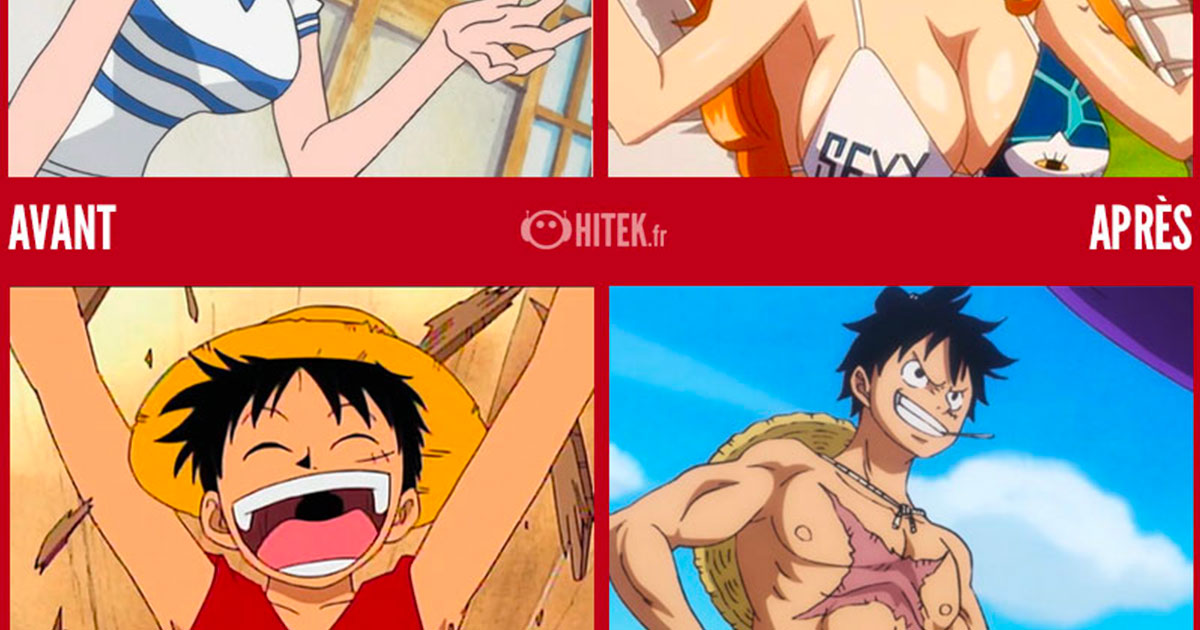 The characters from One Piece have evolved a lot since their first appearance. Today, discover the physical and graphical evolution of One Piece characters in our new Before / After.

The evolution of the One Piece characters

One Piece’s characters have been transformed into anime for more than 20 years. The series aired in France in the early 2000s, but as early as the late 1990s in Japan. Since the animated series was created in 1999 until today, the various protagonists of this popular manga have developed significantly, both physically and graphically. Today we offer you a new before / after that you can use to realize the enormous development for certain characters. You may never have noticed.

So much for that new before / after, if you want to extend the fun, discover our final before / after dedicated to kids from our childhood films.