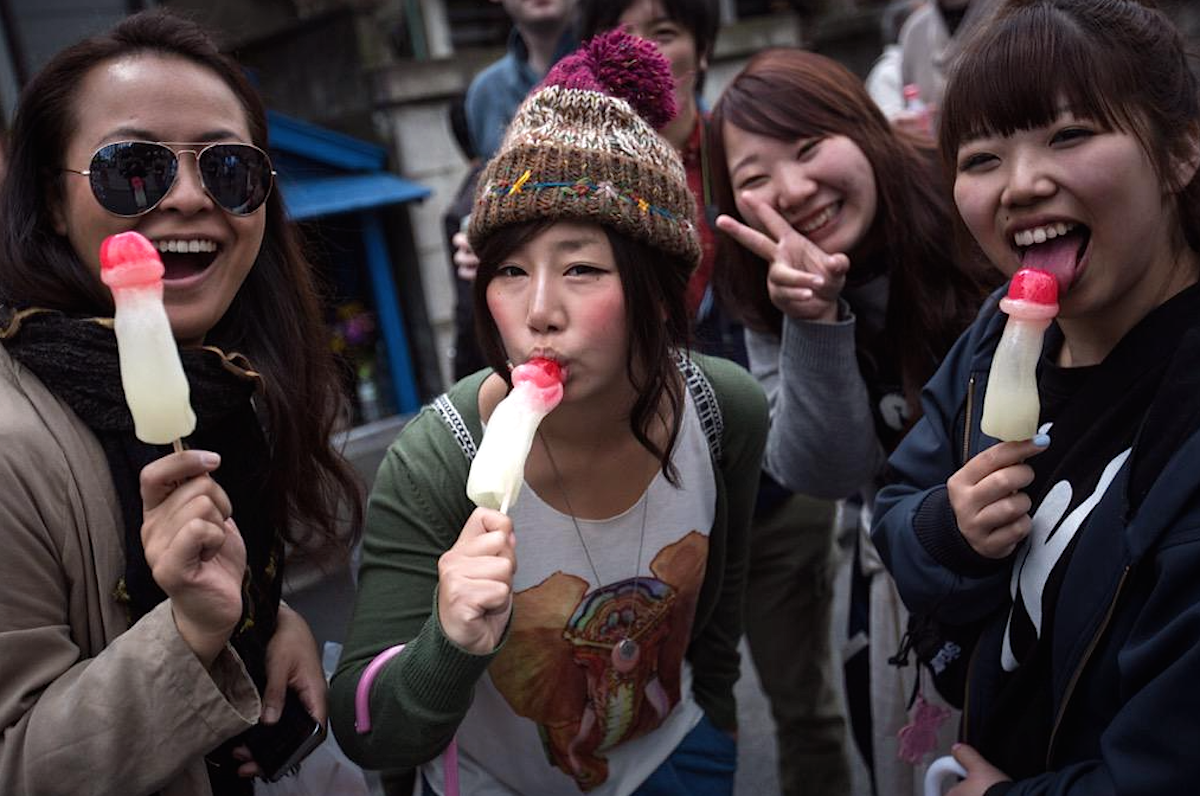 During the Easter holidays, the city of Kawasaki celebrated Kanamara Matsuri, a great festival to celebrate fertility. On this occasion, parades are organized every year that attract many tourists who enjoy the parade with floats … modeled on giant phalluses!

Japanese artist Rokudenashiko was jailed in 2014 for publishing 3D prints of her vulva. Since then, she has continued the fight to denounce the paradox of Japanese profanity. The artist recently published a manga in which she talks about her arrest. A look back at the history of a struggle between art and sexism in Japanese society.

Art of understanding the paradoxes of sexual representation

This paradox begins with a simple term: deficiency. This word (absolutely adorable, let’s face it) means “vulva” in French. However, its mere use is considered the worst shame in Japan.

Based on this observation, the Japanese artist Rokudenashiko (real name Megumi Igarashi) wondered in detail about the reasons for this taboo.

One day, out of an impulse of provocation and a simple desire to have a little fun, she turned her “shortcoming” into a plaster made from a mixture of potassium alginate and water.

Once it’s done, she decorates the result and Tadam! A work of art is born!

From the moment she spreads her work, she notices reactions that are half fig, half grape. His practice is promoted in international art circles. But on the Japanese public side, many are deeply shocked. During this time she recognized the scope of this taboo and its consequences.

Through discussions with Japanese women who are victims of many macho behavior, she realizes that her art can also have a very feminist scope.

Demystifying the female genitals would change the way women view sex. She hopes to awaken spirits by advocating pride in having a vulva and denouncing the shame of watching it. The goal: to regain your own body.

It therefore relentlessly continues its dynamic. In the face of outraged reactions, she doubles her creativity to denounce the exaggerated modesty of Japanese culture.

Megumi enjoys varying the formats: phone cases, kawaii painted decorations, jewelry, cakes, lamps, dioramas and even kidnapping of Gundam characters. She then began her biggest project: to build a kayak with the image of her “shortcoming”. An extensive crowdfunding campaign is being started for this purpose. This is where things go wrong for them.

In jail for profanity

In July 2014, Rokudenashiko was arrested by the police. They ransacked his home and confiscated all of his works that were used as evidence. He is accused of showing profanity by sending a 3D scan of their vulva to about thirty people.

In reality, it was simply the artistic rewards sent to the crowdfunding participants to help make the kayak vulva a reality.

In Japan, the judicial system is particularly harsh and detention conditions can be very harsh, especially for women.

Police detention can last up to 22 days and the principle of presumption of innocence is not as strong as in France. Rokudenashiko also says the police lied to her so she wouldn’t call a lawyer.

During the preparation of the report, the artist also reports on the absurdity of the situation: the police are terribly embarrassed to utter the term “deficiency” and they hardly manage to reread the deposit without stammering. Furthermore, despite many explanations, no one seems to understand the concept of crowdfunding.

After spending a busy week in prison and being treated like a criminal by the Japanese media that posted her photo, Rokudenashiko shows up freely thanks to the support of her admirers. A second arrest and trial later, she was finally found not guilty in 2017.

To expose her situation and denounce the ridiculousness of such a legal extremity for an artistic project, she published a manga entitled The Art of the Vulva, an Obscenity? in which she tells her story and her project.

Plus, she finally succeeded in her kayak vulva project!

The paradox of Article 75 of the Criminal Code

This story is necessary to understand the paradox of sexual representation in Japan. Rokudenashiko himself asks the question: How is it that sex toys with the image of the vagina are over-the-counter, but artistic representation is a problem?

The same applies to religious festivals. As we mentioned in the preamble, the Kanamara Matsuri brings together thousands of people every year. On this occasion, many derivatives with the image of penises are sold and they blend perfectly with the decor without shocking the Japanese.

In Japan, Article 75 of the Criminal Code punishes anyone who distributes or sells material classified as “obscene”. There is Article 21 which guarantees freedom of expression and officially prohibits censorship. However, this article is inconsistent with Article 75. In addition, the precise definition of profanity is often a legal issue.

Fortunately, Rokudenashiko’s lack of conviction can also be explained by a 2008 case law. This allows an exception to show pubic hair and genitals when it comes to an artistic result.

Jurisdiction and Marketing: The Best Enemies

In addition, the laws on pornography are in stark contrast to the particularly productive sexual marketing in Japan.

In a country where the pornographic industry has annual sales of nearly € 4.3 billion and is second in the world after the US, these laws can quickly appear paradoxical.

This paradox is not only felt in the criminal code. While Japanese humility precludes kissing in public, nudity in public bread is common.

This contradiction can also be felt in pop culture: who has never read manga with female characters in embarrassing situations or victims of explicit sexual innuendos? In many classic shônens there are also heroines of exaggerated proportions (who, by the way, sometimes cause significant nosebleeds).

For example, the mangas by Ken Akamatsu (Love Hina, Negima!) Particularly reveal this situation. In any volume, one of the heroines must necessarily lose her clothes, and most often for completely absurd reasons.

Obviously, the fan service is primarily used as a selling point and a means of making the reader laugh. However, it has become so systematic that no one would dare cry sexism if punished to sound like a boomer at best, an ignorant, despicable manga culture at worst.

Although mentalities tend to change due to art and less and less sexualized depictions of women, it will still be a long way to go before mentalities in relation to depicting female sexual attributes evolve.