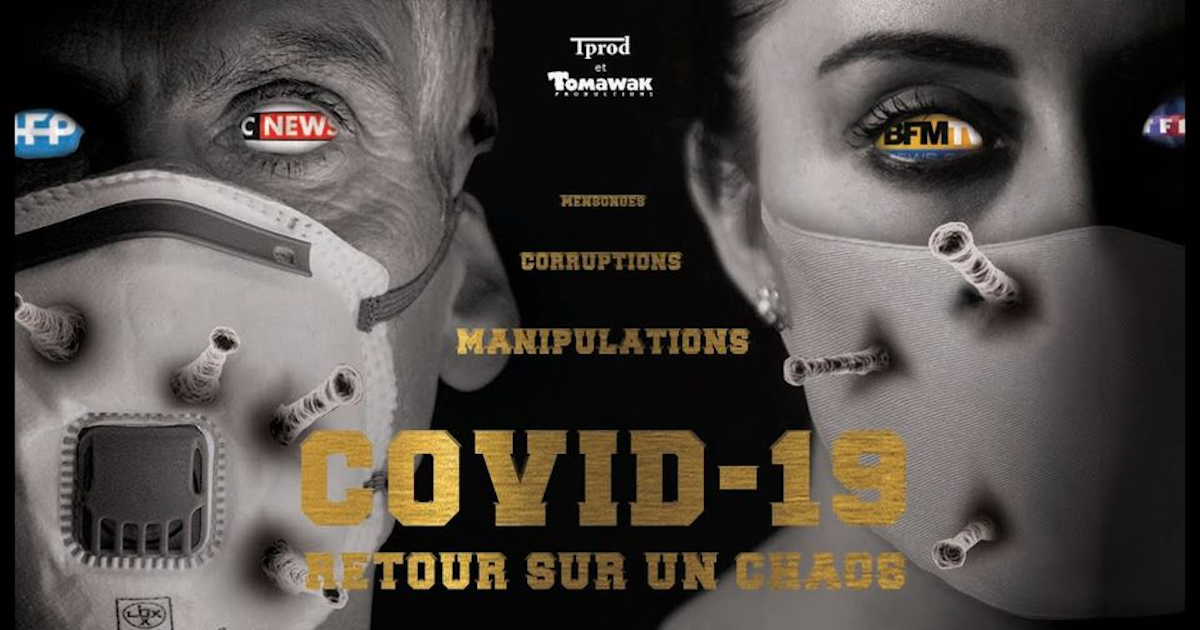 This Wednesday, a controversial documentary entitled “Hold up” was released, a 2:40 film produced by a crowdfunding campaign in which many stakeholders, experts and skeptics denounced the management of the Covid-19 crisis. If the document talks a lot, it’s simply because it declares that the coronavirus pandemic is a major global conspiracy.

A series of fake news about the health crisis

In fact, hold-up is the talk of the town for 48 hours. Under the direction of the former journalist Pierre Barnérias, he has brought together a large number of experts from different fields. However, the documentary was only accessible for 24 hours before the platforms that broadcast it decided to withdraw it. Throughout the hold-up, it is a series of falsehoods conveyed by the interveners to demonstrate that the Covid-19 pandemic would only exist to serve the interests of the authorities. And the wrong information is important. So much so that the Liberation Agency had fun taking it back minute by minute to dismantle it. These misleading claims include paying doctors to report contact cases with their patients, the WHO banning autopsies of the deceased that the Pasteur Institute caused the virus, or even questioning the contamination numbers and the number of deaths …

As stated on Ulule’s crowdfunding page, the film aims to “return to this incredible heist” which, overall, was “orchestrated and fueled by the media fire.”

Show that this is a global manipulation to subdue society

And it is not just the speakers who support this theory. Indeed, Hold up producer Christophe Cossé believes the Covid-19 “is no more offensive than any other seasonal Covid”. If this pandemic occurred, it should be able to oversee and subdue society. In other words, it is a gigantic and “phenomenal global tampering company” and according to him, the members of the Scientific Council are “mostly close to pharmaceutical companies”.

Speakers who have been controversial in the past

Among the speakers on the screen is Pascal Trotta, a former Paris hospital intern who believes the mask is “a snout unworthy of the dignity of the person” and advises not to vaccinate. “There is also Christian Perronne, head of the Infectious Diseases Department at Raymond Poincaré Hospital, who has minimized the epidemic and satiety in the services. Luc Montagnier, biologist and Nobel Prize in Medicine, appears in this documentary Having participated in the discovery of AIDS and confirming that the Covid-19 was conceived in the laboratory, the researcher Alexandra Henrio-Claude, ex-director of Inserm, who fights against wearing the mask and the containment measures or even against the former Health Minister Philippe Douste-Blazy, who supports Professor Raoult and his treatment with hydroxychloroquine, who, however, distanced himself from hold-up, i nby declaring himself scandalized by the editorial line of the documentary.

Several members of the LREM majority condemned the documentary, believing it was simply “conspiracy propaganda”. In addition, Mounir Mahjoubi, deputy and former State Secretary for Digital, called for the resignation of the MP involved in the film.

The platforms withdraw and delete the document

Given the mounting controversy surrounding hold up, Dailymotion has decided to pull it off its platform, like Vimeo.

As Alexandre Boucherot, founder of the Ulule site, explains, the project went “beyond the supposed original framework”. If the documentary originally emphasized the pluralism of voices, it has become “a banner of the conspiracy theses”, far removed from the values ​​conveyed by its platform.

In fact, the project appeared on Ulule in August and within a month and a half, the campaign raised € 182,000. Ulule receives a commission of 10% on this sum. For the platform, the entire commission affected by this project will be donated to an association that defends information.