The Courier
HomeWorldThe company is at the heart of a huge scandal that is...
World 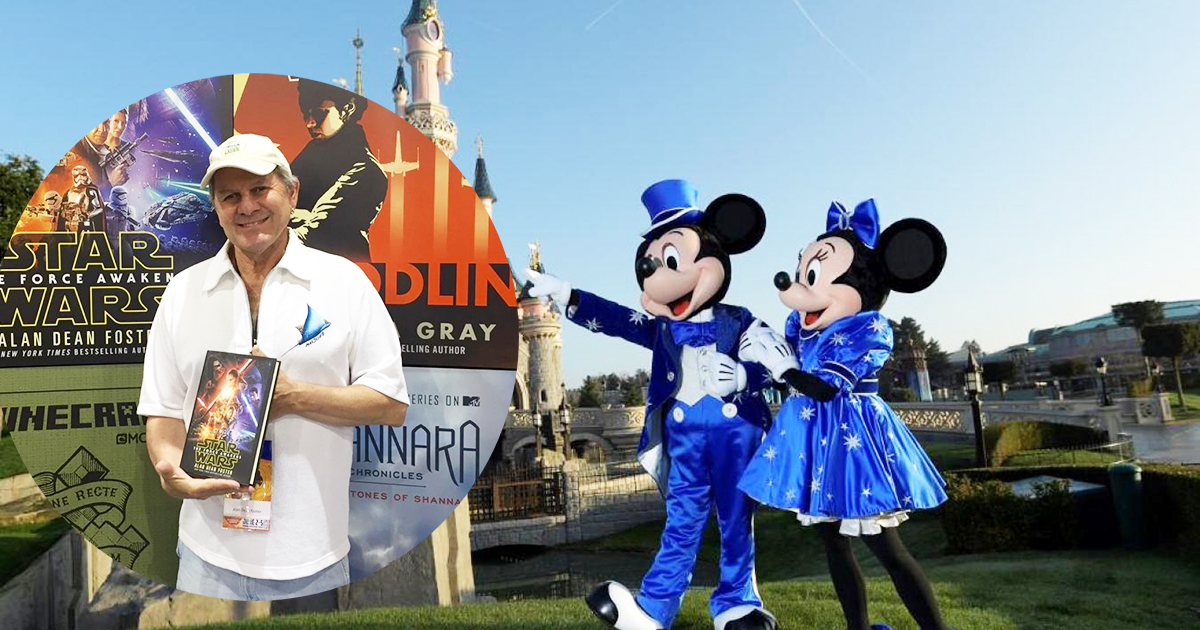 A dark affair was recently revealed on social networks by Alan Foster, who had been trying to be heard for several years. The man with cancer wants to win his case before he dies. His appeal has been shared en masse on social networks and we invite you to discover the story that links him to Disney.

Alan Dean Foster is an American science fiction writer and screenwriter. He was particularly behind the first three novel adaptations of Alien, but also wrote the novel from Star Wars Episode IV (A New Hope), which was attributed to George Lucas, while in fact the author. Disney never paid him royalties for his works, although the author continues to claim them.

A US author royalty is a sum that is collected periodically (often monthly) when sales of his or her works are recorded. In other words, the writer receives a sum based on the money raised selling his novels. As you can imagine, license fees are necessary so that artists can make a living from their profession. According to Alan Dean Foster, Disney also asked him to sign a nondisclosure agreement before speaking to him. Alan Foster declined because it would later be impossible for him to publicly return to this exchange, especially if the deal proposed by Disney did not suit him. In a letter published by Science Fiction and Fantasy Writers of America (SFWA), which we disclose in full later in the article, the author writes:

They continue to ignore the demands of my agents (…). I know gigantic companies do this a lot. Ignore queries and inquiries in the hope that the petitioner will simply disappear. Or maybe he will die. But I’m still here and I’m still entitled to what you owe me.

Mary Robinette Kowal, President of SFWA, said of the case:

If we leave it that way, it could set a precedent to fundamentally change the way copyright and contracts work in the United States. All a publisher would have to do to break a contract would be to sell it to a sister company.

In other words, if Disney is successful, the writers may no longer receive royalties in the future once one company takes over another. Disney refused to comment on this particular aspect at the time.

I’m from japan. I am a fan of ADFoster and its novels which are translated into Japanese. I hope he gets what he deserves. Since … Alien his fan … since “Alien”. #DisneyMustPay

I am from Japan. I am a fan of ADFoster and his novels translated into Japanese. I hope he gets what he deserves. From a fan for … over 20 years … since “Alien”.

#DisneyMustPay that’s really not okay. If Disney wins this, it will change the way contracts work for everyone, for the benefit of companies and at the expense of creators.

This is really not a good thing. If Disney wins this, the way contracts work for everyone will change in favor of companies and at the expense of creators.

It gets worse – Disney is withholding “royalties” from a Lucas film writer who is currently claiming they are no longer bound by their contracts since the sale. When they win, they set a precedent where companies can simply sell to another company and waive royalties. #disneymustpay

The situation is getting worse – Disney is withholding “royalties” from a Lucasfilm writer who claims they are no longer under those contracts since the sale. If they win, they set a precedent where companies can simply sell to another company and waive the royalties.

The support for the author has been unwavering on the part of internet users, who were mainly surprised by the fact that Disney refuses to pay the royalties to the famous author for the time being. However, the company has put in place a very specific line of defense.

According to Disney, the company has been working with Alan Foster and his agent for more than a year on the alien books. However, the company says the discord over the Star Wars novel has not yet been brought up, so no solution could be found beforehand. Disney also assures that it has suggested an appointment for the author, but has not received an answer on the subject.

Regarding the nondisclosure agreement, Disney says this is a normal negotiated process. A company can ask a third party to sign such an agreement. However, this is generally done after signing this agreement, otherwise the third party may be trapped. According to Mary Robinette Kowal, Disney claims that when the company bought Lucasfilm and 20th Century Fox, the contractual rights were bought, but Disney has no legal obligation to pay Foster for his work. For Alan Foster, who has advanced cancer and whose wife also has health problems, things are not moving in the right direction right now.

The letter from Alan Foster

To conclude this article, we invite you to discover the contents of the letter Alan Foster sent to the Walt Disney Company:

We have a lot in common, you and me. It’s our birthday: November 18th. My father’s nickname was Mickey. There is more.

When you bought Lucasfilm, you acquired the rights to some of the books I wrote. STAR WARS, the adaptation of the very first movie. THE KAIBURR CRYSTAL, the first novel in a row. You owe me royalties on these books. You stopped paying them.

When you bought 20th Century Fox, you finally got the rights to other books that I wrote. The innovations ALIEN, ALIENS and ALIEN 3: You have never paid license fees for any of these products or even issued license statements for these products.

All of these books are still printed on a large scale. You’re still making money from it. Money you keep. When one company buys another, it acquires both its liabilities and assets. You definitely reap the benefits of assets. I would love my little piece (although it’s not that small to me).

They want me to sign an NDA (Non Disclosure Agreement) before I even speak. I’ve signed many NDAs in my 50 year career. Nobody has ever asked me to sign one before the negotiations. For the obvious reason that once you have signed up, you will no longer be able to talk about the topic in question. Each of my representatives on this matter with many, many decades of experience in this field confirms my astonishment.

My wife has serious health problems and in 2016 I was diagnosed with advanced cancer. We could use that money. No charity: exactly what you owe me. I’ve always loved Disney. Movies, parks growing up with Disney’s Marvelous World series. I don’t think Unca Walt would approve of the way you treat me now. Maybe someone in the right position just didn’t get the word, but after all these months of inquiries and ignored inquiries, it’s hard to take. Or as a guy named Bob Iger said …