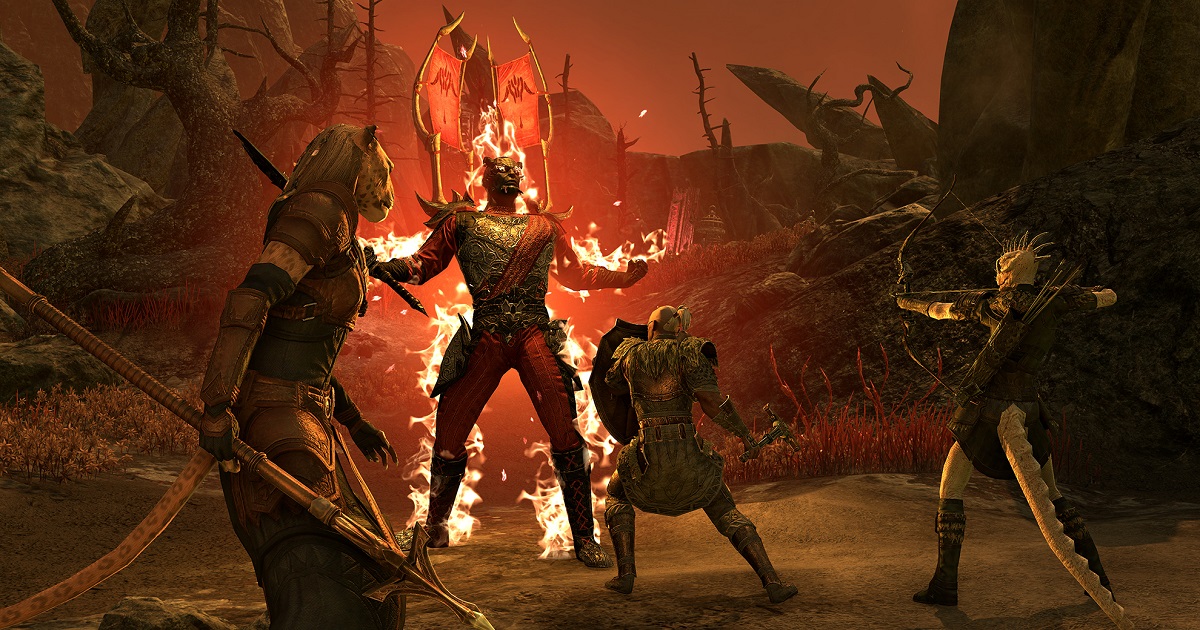 Morrowind, Summerset, Elsweyr, Skyrim and The Elder Scrolls Online have already taken over many countries. Diverse and varied biomes, atypical landscapes, more or less welcoming locals, the years go by and the countries go by for Zenimax MMORPG players. This summer it’s off to Cyrodiil, with an expansion that is nothing more, nothing less, the best time to try The Elder Scrolls Online.

Over the years, Zenimax and Bethesda have succeeded in building a gigantic universe in which mortals, gods and dragons live together more or less well. The Elder Scrolls Online has now opted for expansions in the form of chapters, the content of which extends over a full year and gives players the opportunity to never get bored. Rather than tackling a single mass of gigantic content for several weeks, the expansions are told like well-written novels in which players directly embody the main protagonist of the moment.

June 1st (on PC, then Xbox One and PlayStation 4 on June 8th) is planned for Blackwood, the next expansion from TESO. Go to the gates of oblivion in a new chapter that will take place 800 years before the events of The Elder Scrolls IV: Oblivion, in a context where the Daedra Mérunès Dagon threatens all of Tamriel. Your goal will be simple: to thwart his plans. The first chapter takes the player to the side of the Black Forest, to the cultural border between Imperial and Argonians.

Zenimax gave us the opportunity to review the alpha phase of the first chapter, the time of a few tens of hours. At first glance, Blackwood looks like a wooded area, far from the snow-covered plains of Greymoor. Character creation continues with a new, focused tutorial that ends with reaching a hub from which it is possible to join any region of the MMORPG. Of course, at this point we focused solely on Blackwood.

Our Argon necromancer therefore began to explore his surroundings, pleasantly but quickly abandoned. Some areas are more densely populated than others, with Alpha focusing on a small part of the expansion. Towards the city of Leyawiin therefore an imperial fortress that was introduced in The Elder Scrolls IV. The city is being redesigned and the number of attractions increased. Leyawiin also gets into the TESO sauce by scattering the various “guilds” of NPCs you can join.

Daedra over and over again

After about ten levels in Blackwood, it is the quality of the quests that stands out. Well written, they want to be interesting, well indicated and, above all, varied. In general, they are quite long and like real little stories that make it possible to understand the area around the area a little better. The opportunity for players to learn that Mérunès Dagon is not the only Daedra affected by local actions. Each quest is tasted, although problems with completion and indicators tarnish it, no doubt due to the lack of polish related to the status of Alpha.

In addition to its well-written quests, Blackwood has a new system, that of the Companions. Own inventory, certain skills and companions can be easily controlled and personalized if necessary. So you can choose a tank, a DPS or a healer according to your wishes. An effective solution to just enjoying Blackwood’s contents. In addition, Blackwood is introducing Oblivion Portals, lightly guarded portals that are mini-dungeons. On the menu: solo challenges and pleasant little side effects. Getting from the murky forests of Blackwood to the red lands of Oblivion in a matter of seconds is confusing.

Above all, Blackwood wants to be accessible to everyone. An expansion designed for both tall TESO gamers and newbies who want to try the MMORPG in the universe of The Elder Scrolls. It is possible to start in Blackwood before exploring the other regions available. There is an unmistakable satisfaction emerging from our few hours in this alpha. Blackwood is a fun browsing extension that should contain around 30 hours of content. The Compagnons bring a touch of freshness and above all the opportunity to face the difficulties of the region together, even if they play alone. An even more accessible expansion that is nothing more than the best time to start The Elder Scrolls Online.