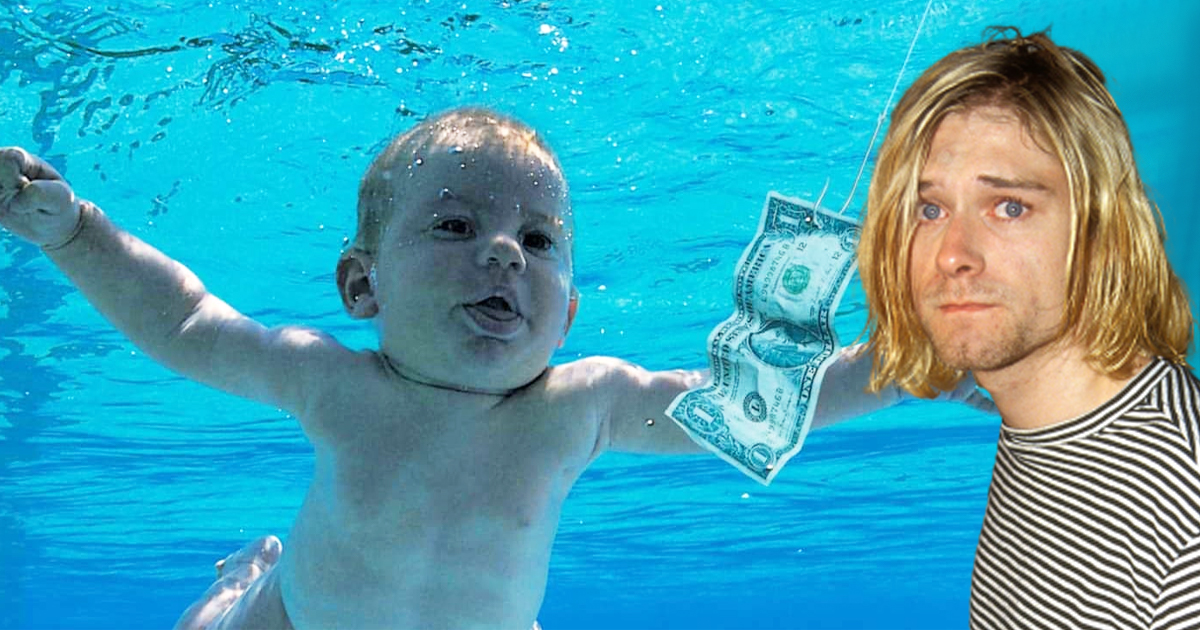 Founded in 1987 and disbanded in 1994, Nirvana is one of the most popular grunge groups in the world. Here’s that 30 years after Nevermind was released, the famous baby that featured on the album’s cover decided to file a complaint against the group over child pornography.

A complaint against nirvana

Nevermind’s cover is certainly the most popular in the rock world. It shows a naked baby swimming underwater to a dollar bill hanging from a fishing rod. But Spencer Elden, the famous baby, didn’t file a complaint against Nirvana over child pornography until Tuesday 30 after the album was released.

The lawsuit, which has been filed in federal court in Los Angeles, is directed against the group Nirvana, several record labels, artistic directors, photographer Kirk Weddle and the estate of singer Kurt Cobain.

The 17 defendants are accused of violating several federal child pornography laws and of causing him “a life of suffering” by spreading his image around the world. The photo was taken at a water center in Pasadena in 1990 and shows the genitals of 4 month old Spencer Elden. The young man recently claimed:

“His identity and legal name are forever linked to the commercial sexual exploitation he experienced as a minor, which has been spread and sold around the world from childhood to the present day.”

In addition, Spencer Elden confirms that his parents never signed a release form to use the photo and that he never received any monetary compensation. He adds that the music industry has resorted to child pornography as an “element to promote the record, which is often used in the music industry to attract attention”.

The 1991 album Nevermind by the group Nirvana was a global success and in 2016 Spencer Elden also celebrated the 25th anniversary of the album with the reproduction of the cult photo. On that occasion, the young man had also told the New York Post:

“This birthday is important to me. It’s cool and strange at the same time to tell me that this photo I took when I was four months old has become an iconic image for a generation.”

If this article interested you, you will surely love to find out why Scarlett Johansson is suing Disney.