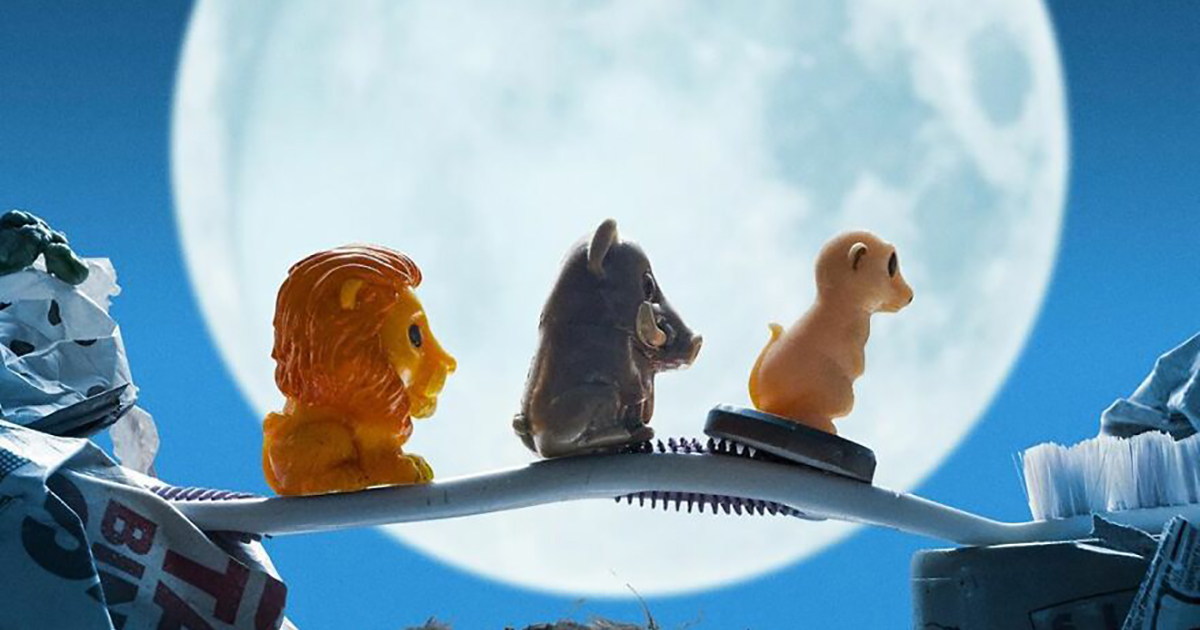 Australian supermarket Woolworths recently ran a promotion that sparked much debate on social media. The “ooshies”, small figures with the image of the Disney characters, preferred by children, are offered or sold at very low prices. These little plastic toys are particularly harmful to the environment and always end up in landfills or, worse, directly in the oceans.

Some artists had already thought about what would become of the most beautiful scenes of our favorite Disney if they were so dirty as depicted in reality. More recently, the group of environmental activists Future Landfill came up with the idea of ​​photographing and staging all of the sign’s little toys to commemorate the films they appeared in, but in a very dirty version. . This campaign also aimed to promote a petition designed to pressure retailers to stop offering their customers ooshies. Movement spokesman Alex Wadelton said with unusual frankness:

We urge supermarkets to stop doing irresponsible promotions of shitty toys by creating Disney posters in a landfill.

Everything is summed up in one sentence. All of the Future Landfill Group’s creations that you can find below can also be found on their Instagram site.