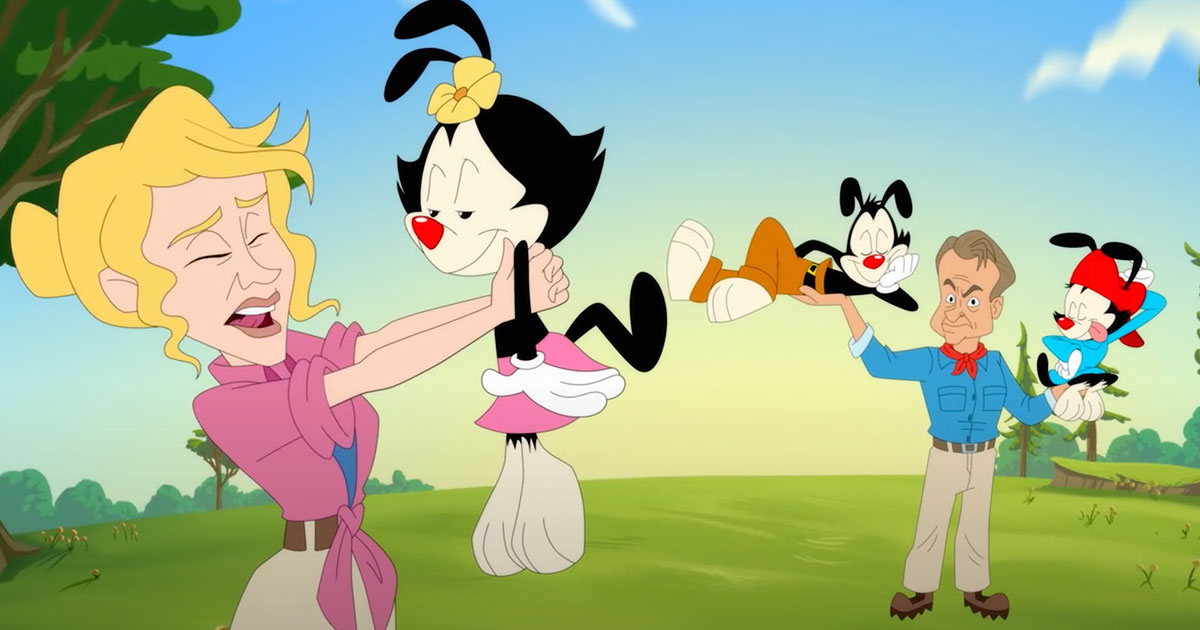 “Saluuuuut nanny!” You are finally back! The Animaniacs will soon be returning to our screens with Minus & Cortex, and to herald that return, they parody Jurassic Park.

“Here is the hour of the Animaniacs, we have reached a maximum, be cool, be relaxed, no taxes on laughing, we are the Animaniacs!” If you’re a ’80s / 90s kid then you probably still know Animaniacs’ credits by heart. This animated series featured various characters, each crazier than the other, and it was a real hit. Well, they’ll be back on our screens soon.

Warner Bros. announced work on a new version in 2018, it is now a reality. The first episodes will land next month. To herald this return, the Animaniacs have played the humor card completely crossed out as usual with a parody of Jurassic Park. The dinosaurs are replaced here by the Warner brothers and sister. Alan Grant, Ellie Sattler and Ian Malcolm are amazed to find they are back and even more intrigued when they learn that Minus & Cortex (Pinky and The Brain in VO) are also in the game. Steven Spielberg takes John Hammond’s place here. We let you enjoy this very funny parody.

For this comeback, the Animaniacs are getting a facelift, but the designs remain very close to those of the 90s. At the moment we don’t know if the other characters like the Mafia Pigeons will be back as well. The series is still produced by Steven Spielberg. The first episodes will be available on the Hulu platform on November 20th. As for the French show, we don’t yet know where the series will air.

Taliban: US withdrawal in September is a clear violation of the agreement | Free press

You can see “A Quiet Place 2” before it hits theaters

No checks at the border with France | Free press