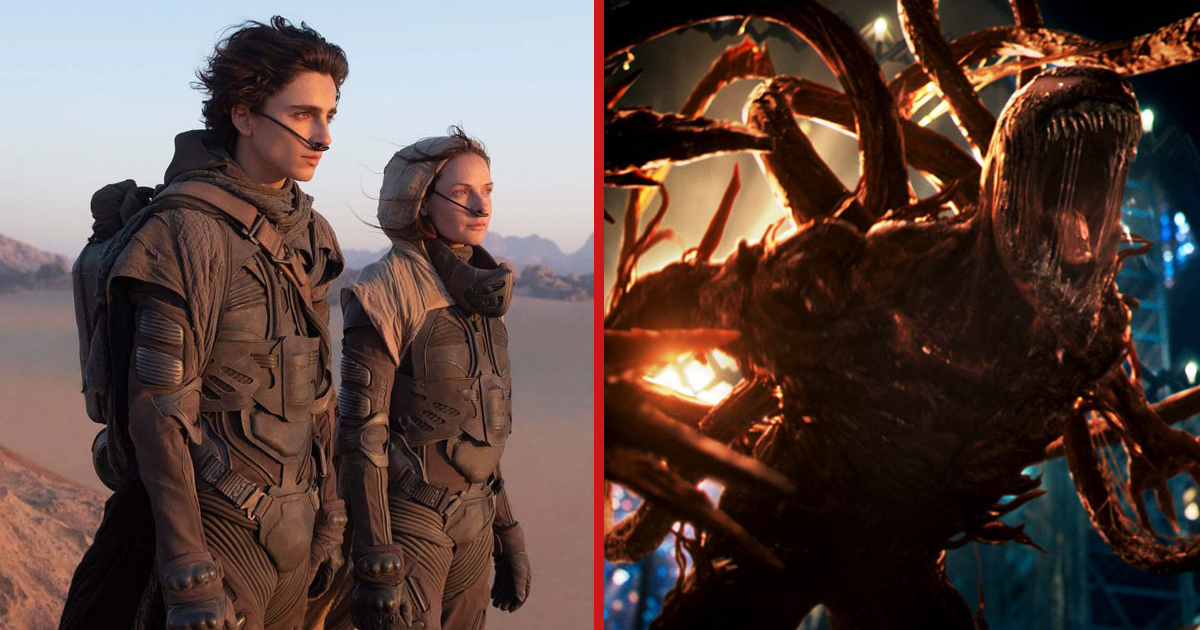 If the beginning of 2021 did not necessarily keep all cinematic promises, the following months promise to be much more exciting, especially for science fiction fans. Despite many pandemic-related release delays, several films are already giving us a date by the end of the year, in the hope of setting positive dubbing in 2021.

Science fiction is as broad as it is popular. And let’s face it, when it comes to blockbusters, this category served us some great films in early 2021 that kept us going. However, Godzilla vs Kong, Free Guy or even Black Widow will soon be obsolete. , and will soon have to give way to the newcomers in the following months.

Fortunately for us, all indicators for this year-end are green. In fact, this second semester promises to be even more fruitful in terms of cinematographic productions than the first semester of 2021. The proof with these 10 SF films, whose release date is already planned for the end of the year.

Reminiscence is the very first feature film for director Lisa Joy (Westworld) and immerses you in a plot that combines science fiction and thriller. In a Miami flooded by the waves, life gets rough after the effects of global warming. People then choose to take refuge in the past. To do this, they turn to Nick Bannister, who helps them relive their best memories.

In doing business, our hero, played by Hugh Jackman (X-Men), will be trapped in a time warp. In search of the woman he is desperately in love with, he gets lost on a journey that reveals his true nature.

Dune is without a doubt one of the most anticipated blockbusters of 2021. Many fans hope that this new film, based on the SF novel of the same name and directed by Denis Villeneuve for the occasion, will be the ultimate adaptation of the universe by Franck Herbert will .

In order to offer a successful porting to the big screen, it has already been announced that the adaptation will appear in two parts. The first focuses on Paul Atréides (played by Timothée Chalamet), a young man destined for a great future. The hope of all his people rests on him. In his quest, the heir must go to Arrakis, the only place we can find the spice, a resource coveted by terrible enemies.

For the time being, Dune is already announcing a five-star cast, in which, in addition to our main hero Zendaya (the last Spider-Man), Josh Brolin (Avengers: Infinity War and Endgame), Jason Momoa (Aquaman) or even Dave Bautista (Guardians of the Galaxy) …

Venom’s early adventures will at least have allowed us to see how much the symbiote had its place in the solo, far from Peter Parker and his Spider-Man costume. Despite mixed reviews, the film generated such revenue that a sequel was eventually ordered.

To our great pleasure we will meet Eddie Brock in October. The journalist will continue to look for a way to coexist with a somewhat intrusive conference … But this one is clearly not at the end of its problems! Our antihero, played by Tom Hardy, not only has to deal with Venom’s insatiable habits, but is also exposed to a new threat in the person of Carnage.

Science fiction isn’t just for the elderly. Thanks to Disney’s Ron Unblock, children and families also have the right to their own comedy on the subject. The feature film transports you into the beginning of a new era in which social networks occupy an important place in the lives of children. While everyone receives their B-bot, Barney must make up with Ron, his new best robot friend, borrowed from numerous malfunctions.

This humorous animated film puts friendship and new technology at the center of its plot. This was made possible in particular through the work of Jean-Philippe Vine, to whom we already owe the scenarios for Cars 3 and Le Voyage d’Arlo.

After Black Widow and Shang-Chi, it’s the Eternals’ turn to shine on the big screen. The movie is the third MCU Phase 4 feature to hit theaters this busy year for Marvel.

We know the studio’s attraction to science fiction, and yet not all of their latest productions necessarily fall into the genre. However, the film The Eternals should borrow well from this rich universe, so the words of actor Kumail Nanjiani. As a reminder: The feature film introduces you to a new human race that is endowed with superpowers and whose goal has always been to protect the earth from deviants.

In the cast of the blockbuster, we find familiar faces to the general public who shaped the heyday of Hollywood, such as Angelina Jolie (Maleficent), Kit Harington (Game of Thrones) or Richard Madden (Game Of Thrones). Oscar winner Chloé Zhao (Nomadland) was entrusted with directing the production.

The restart of the Ghostbusters franchise was arguably not a huge success. Because of this, Jason Reitman, son of the famous director of the old episodes of the License, was called to the rescue to lead the cast of this new episode.

Here we no longer have to reboot the franchise, but rather a direct continuation of the second opus published in 1989. On this occasion, Ghostbusters: The Legacy will have new faces such as Mckenna Grace (Annabelle: La Maison du Mal), Finn Wolfhard (Stranger Things), Carrie Coon (Fargo) or Paul Rudd (Ant-Man), alongside well-known actors from the franchise such as Bill Murray, Ernie Hudson, Dan Aykroyd, Sigourney Weaver, and Annie Potts. It will all come about through a story that pays tribute to the earlier films in the series.

Nestled between horror and science fiction, the Resident Evil video game saga transports you to a post-apocalyptic world where humanity is exposed to a strange zombie epidemic. Obviously all of this is no stranger to science, and an obscure struggle for power is brewing in the shadows.

It is precisely in this context that video games have their origin and also the idea behind the first films in the critically criticized saga. To make people forget about Paul W. Anderson’s feature films and surf the success of the latest video games, Capcom came up with the brilliant idea of ​​offering a brand new film that is much more anchored in the universe of the franchise.

This takes us to the legendary Raccoon City and immerses us in a plot inspired by the first two Resident Evil video games. We will then find the most emblematic characters of these episodes, namely Leon S. Kennedy, Chris and Claire Redfield, Jill Valentine, but also the terrible villain Albert Wesker.

It’s been a long time since we saw a Matrix franchise film in theaters. But the long wait will soon pay off. Starting in December, fans of the saga are called upon to find Keanu Reeves and Carrie-Anne Moss, who were directed by the co-director of the old films, Lana Wachowski, for the occasion.

Little is known about the secret story. However, we are sure that this fourth installment will delight science fiction fans all over the world. Wait more than a couple of months …

The next film focusing on the adventures of Spider-Man is going to be impressive. For good reason, the feature film will be part of the continuity of the latest Marvel productions that are deeply rooted in the Multiverse. It is therefore a surefire thing that Peter Parker, still played by Tom Holland, will cross old popular faces of the franchise.

On the bad side, it will again be possible to see Electro (Jamie Foxx) as well as Doctor Octopus (Alfred Molina) at work. The superheroes are not outdone either. Doctor Strange has already been confirmed to be an integral part of this new adventure, and rumors of the former Spider-Man from Maguire and Garfield are already participating … Enough to give us a triple dose of action and big screen!

Let’s finish this overview of the science fiction films you can expect by the end of the year with Japanimation. Belle, the new animated film by Mamoru Hosoda (Les Enfants Loups, Ame et Yuki), is a reinterpretation of the famous story of Beauty and the Beast.

In real life, Suzu is just a complex young teenager who lives in a small mountain town. In the virtual world U, she transforms into Belle, a music star, followed by billions of people. When he meets the beast, his life takes an unexpected turn, mixing problems of the virtual world with the discovery of his deep self.

If you want even more sci-fi, check out our article on the Red Team, a team of sci-fi writers envisioning future threats.

optimal protection and all the advantages of a VPN for only 1.99 € / month