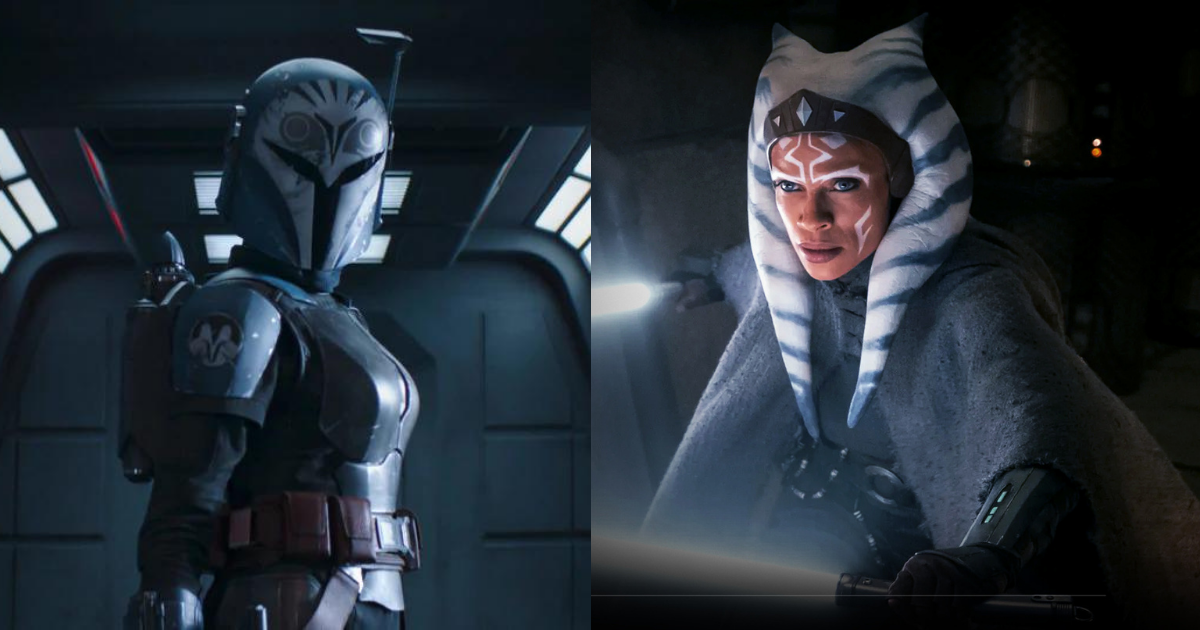 SPOILER WARNING: It is advisable to have watched the last episode of The Book of Boba Fett in order to read this article.

Sabine Wren is a legendary member of the Ghost crew and one of the main characters of Star Wars Rebels. This Vizsla Mandalorian is known for her love of explosives, her primary weapon. She should reappear in the Ahsoka series as she will help the latter attack Thrawn and Ezra Bridger.

Created by George Lucas, Saw Gerrera has appeared in numerous series created by Dave Filoni. He will have spent his life in the resistance. First against the Separatist Alliance, who installed a puppet king on their planet in The Clone Wars; then against the Empire in Star Wars Rebels, where he takes charge of a violent rebel cell. He will then appear in The Bad Batch series and Star Wars Jedi: Fallen Order video game. Played in cinemas by Forrest Whitaker, he died in the film Rogue One: a Star Wars story.

The main antagonists of Star Wars: Rebels, the Inquisitors are a group of Force-sensitive humans tasked by the Empire and Darth Vader to track down the Jedi who escaped Order 66. The Grand Inquisitor is the Ghost Crew’s main antagonist in the first season. Some of them have appeared in Star Wars Rebels, Jedi: Fallen Order, and the Darth Vader: Dark Lord of the Sith comic book series. We also know that they will make their live-action debut in the Star Wars: Obi-Wan Kenobi series, as evidenced by these concept arts.

Cad Bane, who recently appeared in Episode 6 of The Book of Boba Fett to the delight of fans, entered the Star Wars universe in The Clone Wars series. This extremely charismatic bounty hunter is one of the best in his field. First allied with Darth Maul, he is then hired by Darth Sidious many times. Its first live-action appearance had a stunning impact on fans of the saga.

During Ahsoka Tano’s Sith, Asajj Ventress was initially a Padawan in the Jedi Order before becoming Count Dooku’s Sith apprentice. Manipulated and betrayed by her master, who will attempt to kill her, Asajj Ventress is a complex yet charismatic character, recognizable by her twin red lightsabers. She also has a good side and will even help Ahsoka Tano when the latter is accused by the Jedi Council of blowing up the Jedi Temple.

Though created in the Legends universe, Grand Admiral Thrawn was canonized by Dave Filoni in Star Wars Rebels. This high-ranking member of the Empire is known to fans for his great intelligence and military genius, making him a particularly sneaky enemy. After the events of Star Wars Rebels, in The Mandalorian we learn that Ahsoka Tano is looking for him. We imagine that it will therefore be crucial in the Ahsoka series.

As a clone fighting under the command of Anakin Skywalker from Ahsoka Tano, Rex removed his chip before Order 66 so he did not participate in the Jedi Purge. Popular with fans, he is very attached to Ahsoka Tano, as the latter led him to join a rebel cell in Star Wars Rebels. According to many news, Rex could return to the Ahsoka series in which he will help the latter find Thrawn and Ezra Bridger.

We remember our excitement when Bo-Katan Kryze first appeared in live action in the third episode of The Mandalorian season 2. First appearing in The Clone Wars, this Mandalorian initially allies with Darth Maul’s Death Watch to take back Mandalore, but Darth Maul seizes power. She therefore opposes the former Sith Lord. In Star Wars Rebels, she is offered the Darksaber by Sabine Wren before being taken by Moff Gideon, as evidenced by The Mandalorian series in which she appears.

One of the main characters of Star Wars Rebels, Kanan Jarrus (real name Caleb Dume) is a former Padawan who survived Order 66. As the leader of the Ghost crew, he becomes Ezra Bridger’s mentor. He becomes blind after his battle with Darth Maul, but his mastery of the Force allows him to regain his sight. His heroic sacrifice at the end of season 4 and his romantic relationship with Hera make him one of the greatest characters in the series created by Dave Filoni. Note that his youth is recounted in the comics Kanan: The Last Padawan and he appears in the first episode of The Bad Batch, at the expense of an inconsistency that surprised fans.

It’s clear, of course, that Ahsoka Tano would take first place on the podium, as the character is inseparable from the Dave Filoni name. If it was created by George Lucas, Dave Filoni is undoubtedly the one who knows it best since it appears in almost all of his series.

When she first appeared in The Clone Wars in 2008, she became Anakin Skywalker’s Padawan, but left the Jedi Order after being unjustly accused of a crime. This event will be of great importance in the development of Anakin Skywalker into Darth Vader. She will then play a pivotal role in the events of Star Wars Rebels, particularly against Darth Vader in an intense duel. In The Mandalorian, she meets Din Djarin while searching for Grand Admiral Thrawn and Ezra Bridger.

We no longer present the iconic duo of The Mandalorian series. However, the charisma of the first and the adorable side of the second already make them some of the most iconic characters in Dave Filoni’s series. In any case, we would fail to include them in this article one way or another!