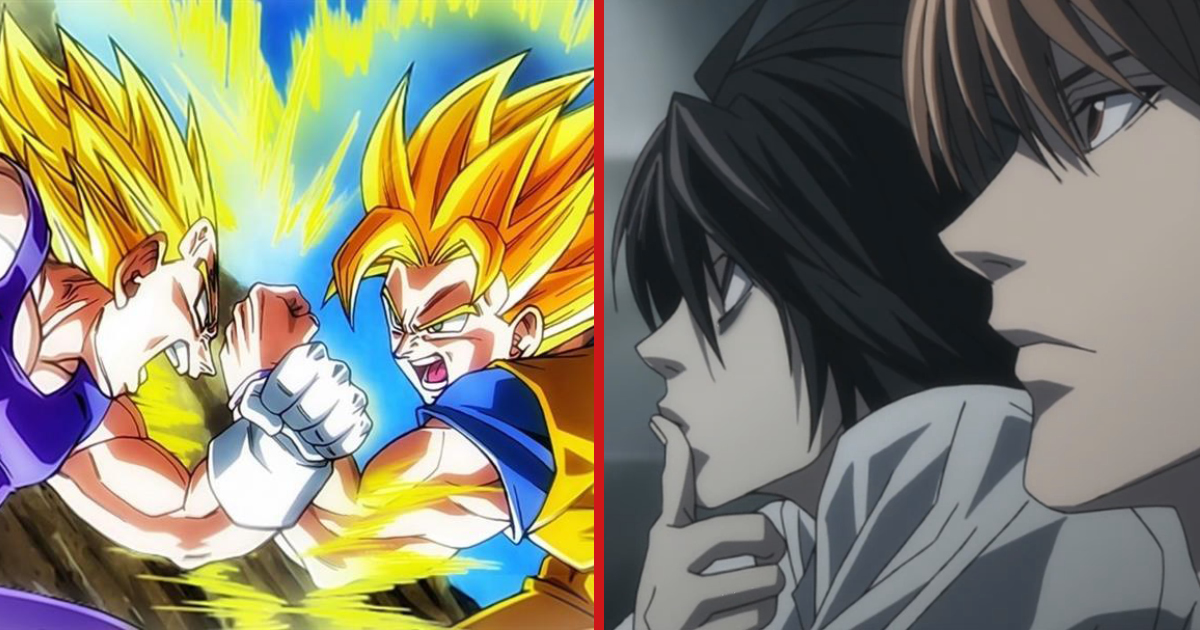 In anime, rivalries can take many different and varied forms. But one thing is for sure, they bring the story to life while also adding some depth to the characters. Because yes, an anime without rivalry or competition is certainly not even worth watching. After all, we may be abusing this a little … We are not taking too much risk in saying this, however, as this feeling, which mixes both a kind of hatred and a deep respect, seems to be almost ubiquitous in Japanese animation. We will also prove it to you with this ranking of the 10 best rivalries ever to appear in an anime, with 20 characters who would not have had the same success without the rivalry they face.

To make our selection, we relied on the opinions of many anime fans around the world. We have therefore taken into account many tops available on the Internet. This ranking may not be popular with everyone, but overall it should reflect the opinion of the majority.

In Bleach, Ichigo’s character develops some rivalries with several of his enemies. If others could have appeared in this ranking, we decided to privilege his opposition with Grimmjow, mainly because he seems to stand out from the others. When they first meet, Grimmjow surpasses Ichigo in every way. It didn’t take much more to stir our hero’s anger to win. The sequence of events, we know it. Through hard work and fighting, Ichigo will close the power gap with his new rival. This will also give us some of the most exciting fights in the anime.

This rivalry could never have taken shape if the two characters didn’t have so many similarities in character. Although they belonged to opposing camps, the two hold each other in high esteem and, thanks to their respective righteousness, even develop friendships over time.

Sesshōmaru is none other than Inu-Yasha’s half-brother. And yet the fraternal bond that binds them does not seem obvious at first glance. One is calm and never loses his temper, the other is cheeky. Their differences even lead them to a merciless rivalry, so to speak.

As a pure-blood creature, Sesshōmaru deeply despises his half-brother for his half-human, half-demonic nature. In return, Inuyasha is angry with him for the cruel treatment he has given her. Since the departure of their father, the two have shown a real mutual hatred. Over time, however, this deep resentment gradually turns into a kind of mutual respect.

To say that Shizuo and Izaya despise each other would be an understatement. It goes much further … The two men have never stopped wanting to kill each other since they first met in high school. Whenever they cross, you can be sure that they will try to meet. And the least we can say is that they don’t go dead. Their clashes inevitably end in street fights that turn Ikebukuro city upside down.

Indeed, the crux of the problem between the two would lie in their very different personalities. Izaya is calm and in control of her emotions. He doesn’t even consider Shizuo a potential rival, but he is secretly jealous of him because he can easily make friends despite his difficult character. Shizuo, on the other hand, is impulsive and seems genuinely obsessed with his rivalry with Izaya.

Whether in anime or video games, Régis has always been a strong rival for the hero. Sasha learned the hard way when she left Bourg Palette. In his quest to become a Pokémon master, the legendary Pikachu trainer will keep facing Professor Chen’s arrogant grandson. In his early days, it turns out that Regis is a much better Pokémon trainer than Sasha, pocketing more badges, winning more fights, and capturing more Pokémon.

However, after their reunion in the Pokémon League, Sasha will finally put down her rival’s cackling, do better than him, and even go so far as to beat him a few episodes later. This marks a turning point in their rivalry and creates a kind of mutual respect between the two coaches.

It’s not the many One Piece fans we’re going to experience, Sanji and Zoro have a somewhat conflicting relationship. Although they are part of the same crew and have a certain amount of mutual respect due to their respective powers, that doesn’t stop them from constantly sintering.

Ultimately, this installed enmity between the two stems from the simple fact that they have diametrically opposed mentalities and characters. This makes it a pretty easy rivalry to understand, but also one of the most entertaining in the anime.

5) Izuku and Katsuki (My Hero Academia)

As children, Izuku Midoriya and Katsuki Bakugo had the same goal: to become as powerful a superhero as All Might. Unfortunately, this dream only seemed to be really accessible to one of them at the time, as only Bakugo could manifest his quirk. This led Midoriya to admire her childhood friend very much.

However, their relationship takes an unexpected turn when Midoriya meets her lifelong idol, who discreetly gives her an extremely powerful quirk. During the subsequent enrollment with Yuei, Bakugo will witness the newly acquired power of Midoriya, which will lead to a feeling of rivalry between them.

To tell the truth, if Bakugo learns of the origins of his little comrade’s mysterious quirk, he will revert to a black anger. In fact, the boy will not bear that All Might chose Midoriya as his successor and not him … To prove that his rival does not come close to him in terms of power, Bakugo will challenge Midoriya in a battle for the anthology.

Every Yu-Gi-Oh anime has focused on evolving the recipe seen in the original series. But none is like the Yu-Gi-Oh! Duel monsters to bring the rivalry between a hero and his fiercest opponent to life.

Because of this, no one has forgotten the duo of Yugi Moto and his lifelong rival Seto Kaiba. The young CEO of KaibaCorp declared himself the best duelist in the world with the dreaded White Dragon with Blue Eyes in his possession. But that was before they faced Yugi for the first time … Since then, the two duelists have faced each other countless times, in hotly contested duels. This has also led them to constantly push their limits and become better strategists at each of their meetings.

While the anime’s success is not based solely on the rivalry between Naruto and Sasuke, there is no doubt that this drew fans in and kept them going until the final events of the series. . Between these two ninjas, it all started on the school desks, while Naruto decided to have a one-way competition against the academy’s little prodigy.

Turn of fate, as the ninja teams are formed, Naruto and Sasuke find themselves next to Sakura. As the missions progress, they still manage to build a strong bond and make each of them outdo themselves to prove their worth and watch over the rest of the group.

This dynamic will continue until Sasuke’s quest for vengeance catches up with him. This then led Naruto and his rival to face each other in a heartbreaking battle in the eyes of fans. In Naruto Shippuden, the two ninjas find themselves in opposing camps. However, Naruto won’t give up hope of someday bringing his best friend to his senses.

Then the two ninjas cross swords several times until a new Great Ninja War explodes and makes them work together. After that, they conducted an ultimate confrontation to the max of their abilities. This debauchery of energy will eventually lead Sasuke to become aware of that unwavering bond that has always bonded him with his best friend.

In possession of a Death Note, Light Yagami becomes a ruthless mass murderer. In order to arrest him, the authorities bring in L, a world-famous eccentric detective. It will only be a short time before this brilliant mind concludes that the assassin behind the “Kira” murders is in fact none other than Light.

While L is gathering evidence of his guilt, Light tries to uncover the true identity of his rival. After finding his name, he was able to kill it with the Death Note. The two men with unlimited intellect therefore enter into a competition between wit and cunning, in the hope of being able to put an end to the actions of the other. This deadly game of cat and mouse has captivated fans far more than any physical confrontation could have done!

Let’s end this ranking with a mythical rivalry that has rocked several generations of anime fans around the world. Son Goku and Vegeta first meet in the Dragon Ball Z series, which will mark the beginning of their rivalry. The two are among the last surviving Saiyajins, a warrior race that was exterminated by the Machiavellian Frieza.

While everything urged them to collaborate, these mighty fighters will instead choose to wage war against each other to determine the fate of planet Earth. For the first time, the warrior Vegeta will face an opponent of his caliber and is even defeated by our hero.

This defeat will forever hurt the ego of the Saiyan prince, who cannot recover from it and then decides to do everything possible to overtake his rival. So a tough competition between Goku and Vegeta will develop. In the course of the following events, the two Saiyajins eventually became allies and even good friends. From that moment on, Goku and Vegeta will make it a habit of training together without forgetting their main goal: never to get the other on. This healthy rivalry is also taken up by their offspring, as evidenced by the deep and fierce friendship that unites Trunks and Goths.

If you too want to know who your anime rival or just your best friend would actually have been, then try your luck with our personality test.