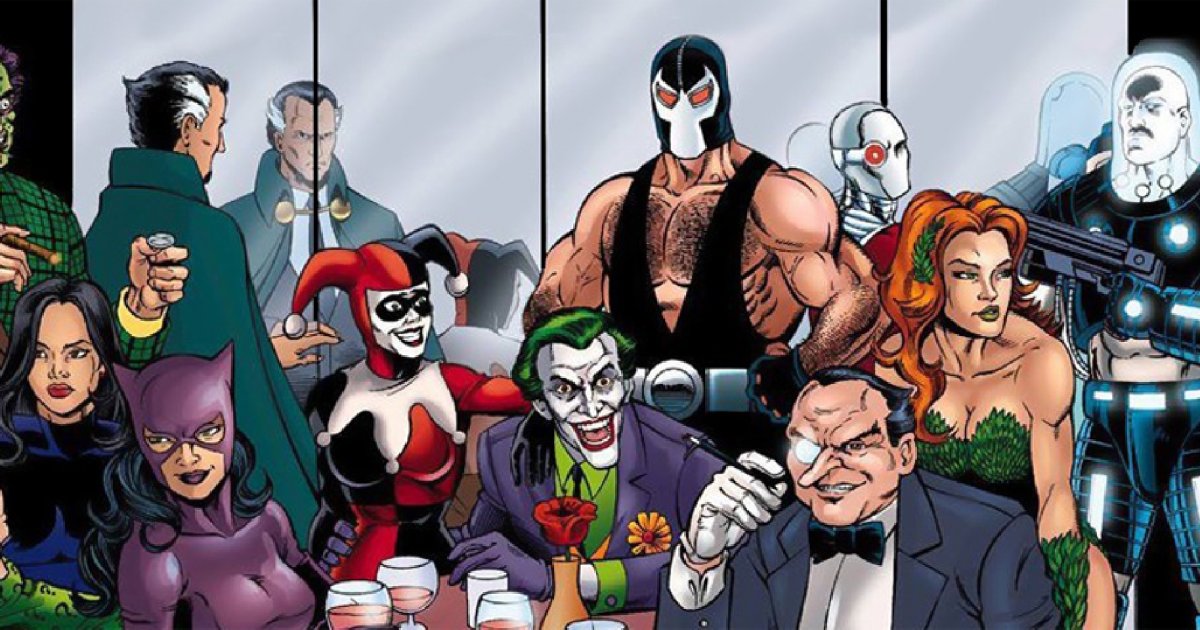 Batman is often referred to as the most popular superhero among comic book fans, and Gotham’s Dark Knight owes a lot to its many antagonists. If many of them have already had an incarnation in the cinema, there is one that we dream of seeing on the big screen one day.

Alfred Hitchcock’s famous line “The more successful the villain, the more successful the film” finds its best illustration in the world of Batman. The famous vigilante is now inseparable from his main opponents, namely the Joker, the Penguin, the Mystery Man or even the Catwoman. And his cinematic adventures confirm this hypothesis. Despite the undeniable talent of Michael Keaton and Christian Bale, who each played Batman in the Tim Burton and Christopher Nolan films, we realize that the real stars of the film are those who play the bad guys: Jack Nicholson (the Joker in Batman) , Danny DeVito (The Penguin in Batman The Challenge), Liam Neeson (Ras-al-Ghul in Batman Begins), Heath Ledger (The Joker in The Dark Knight) and Tom Hardy (Bane in The Dark Knight Rises).

This also applies to the trailer for Matt Reeves’ The Batman film with Robert Pattinson in the title role. If the British actor’s interpretation is already impressive, the entire trailer seems to revolve around the main villain of the film: The Sphinx, played by Paul Dano on the big screen. We’ll also mention Colin Farrell, whose impressive transformation into the penguin brought a lot of ink to the table.

However, there is one villain that we have never seen in the cinema and yet we dream of one day seeing one of Batman’s film adventures: the Batman who laughs. Created in 2018 in Batman: Metal by Scott Snyder and Greg Capullo (which explains why we never saw him in theaters), the Batman Who Laughs is an absolutely fascinating antagonist.

The laughing Batman appears on Earth-22. It is about a Batman who was robbed of murderous madness after being tortured by the Joker and contaminated by his dreaded poison. This “Jokerized Batman” then takes it into his head to individually kill the members of the Batman family and conquer the DC multiverse. Warner focused on the first plot of The Batman Who Laughs, namely the murder of the various members of the Batman family, and was able to produce his first horror film in the DC universe. A slasher-type horror film that is reminiscent of both Scream and Friday the 13th.

The company also seems completely justified. First, because the Warner seems to have decided to change his mind. Unless the studio abandons the DCEU that started with Zack Snyder’s Man of Steel (2013), it has started producing films that take place in parallel universes with no direct reference to its expanded universe. With some success given the great popularity of the Joker film (2019) and the reception of the first trailer for the Batman film. Furthermore, these two films seem to confirm that the Warner is determined to turn these independent films of the DC Extented Universe into real artistic, sophisticated works that are not limited to just the superhero genre: the film Joker was a social and depressing one Fable, as well as a tribute to the cinema by Martin Scorsese (taxi driver, La Valse des Pantins), which we did not know could be solved in a superheroic universe, given his statements on comic book adaptations; The same goes for The Batman, which also appears to be a social fable and pays homage to decades of crime fiction, from In the Heat of the Night by Norman Jewison (1967) to Se7en by David Fincher (1995). In fact, it seems entirely logical to us that the Warner dares to produce a superhero horror film.

Especially when the comic book customization market is well established, the genre needs to change. Marvel had already begun a semblance of mutation for several years: the sublime film Logan tended to the Desperate West; The two Deadpool films play with the codes of comic book adaptations and blow them up with an imposition that is seldom found in this type of production. and the film The New Mutants was already trying to propose a fusion between the superhero genre and the horror genre. Disney has also started mutating Marvel films within the Marvel Cinematic Universe itself. His next Disney + series, WandaVision, will pay homage to 1950s sitcoms. Doctor Strange in the film Multiverse of Madness is expected to contain some terrifying elements. At a time when audiences seem increasingly tired of seeing the same calibrated films in theaters over and over again, Warner has every interest in dare to dare, as he did with the Joker movie would have. And an adaptation of the Batman Who Laughs seems like an interesting way to go.