The Courier
HomeTechnologythat ridiculous creature that was removed from Return of the Jedi that...
Technology 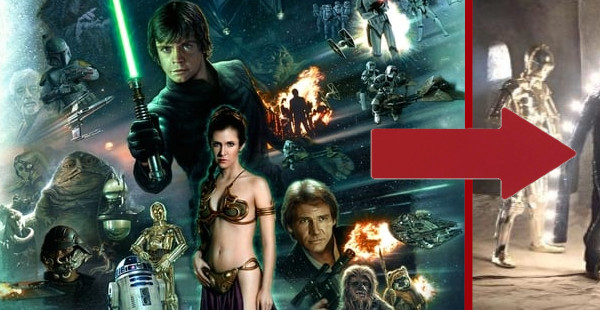 In 1977, Star Wars: A New Hope shook cinema and launched one of pop culture’s most iconic sagas. Six years later, the third part sees the light of day and concludes the original trilogy. The Return of the Jedi is a brilliant conclusion to the war between the Rebels and the Empire, but it could have been derided if George Lucas’ teams hadn’t had the bright idea of ​​removing a particularly ridiculous creature from the final cut.

Return of the Jedi and Luke’s rescue mission

Concluding the first Star Wars trilogy, Return of the Jedi (whose swords actually exist now) begins on the planet of the two suns, Tatooine, as Luke Skywalker intends to free his friend Han Solo, who has been lost ever since The Empire vs. Attack is still cryopreserved and his sister Leia. For this he goes to Jabba The Hutt’s hideout when Boba Fett had not yet taken control of the place.

When Luke finally succeeds, however, the task will have proved difficult, for Jabba has many men and many creatures ready to defend him, such as the rancor, his monstrous pet. Disturbing and dangerous, he is the polar opposite of another creature that should have been present in Jabba’s palace but was eventually removed: the Lightman.

A short video from the shooting of Return of the Jedi has been circulating on social networks for a few days, showing us a scene lasting a few seconds in which we somehow see the Lightman. A creature that was cut out in final editing because it “made everyone laugh,” according to Phil Tippett, visual effects supervisor for the original Star Wars trilogy, in a tweet. And we understand why: as the name suggests, this strange alien has a humanoid shape and is covered in glowing bubbles, not to say lightbulbs. Its two arms vaguely resemble tentacles, while its gait does not show great agility… We’ll leave that to you to consult.

The mysterious Lightman was filmed for Return of the Jedi forty years ago today and was abandoned almost immediately. @PhilTippett What do you remember? pic.twitter.com/X9F0L6ClPy

Because the character was quickly abandoned, very little information about him has been released. All we know is that it would be a Zeltron, a humanoid race, working as a dancer for Jabba Le Hutt. No doubt that will be enough for some fans to theorize about what happened to this mocked and forever missing alien.