The Courier
HomeWorldthat much more scary look than Voldemort should have had under Quirrell's...
World 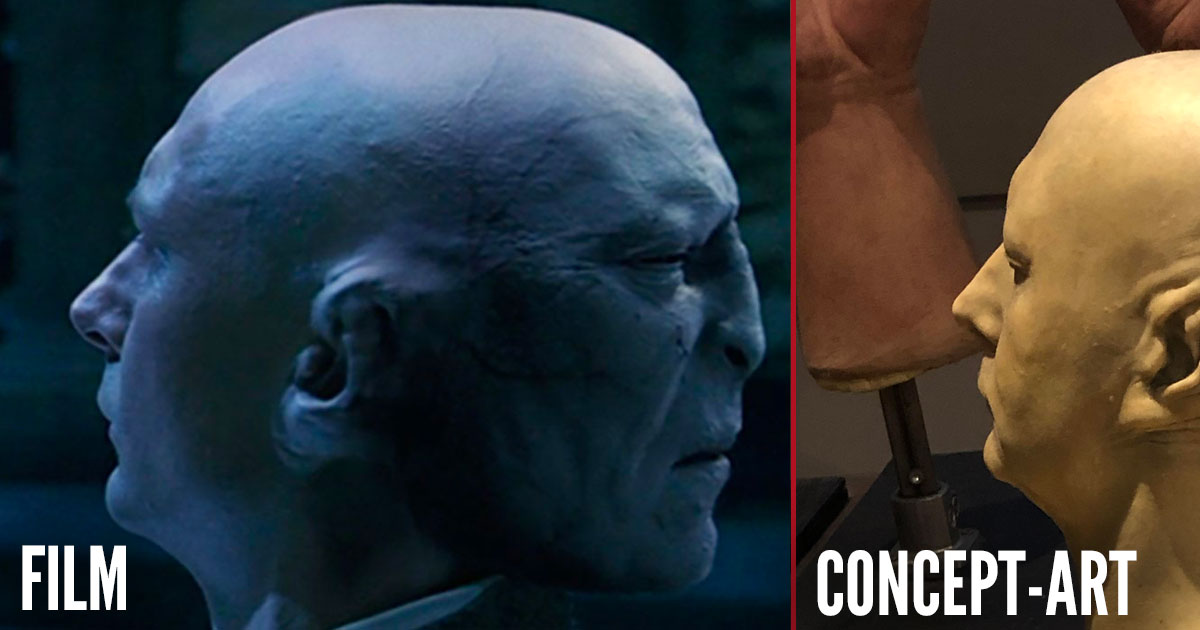 Harry Potter and the School of Wizards celebrate the 20th anniversary of their theatrical release this year. You’ve seen this movie probably dozen of times and you may not know all of its secrets. Did you know that Voldemort was originally introduced with a much more scary look? Today we invite you to discover the pictures.

While we learned a few hours ago that the Harry Potter license will have the right to new projects in the years to come, we are offering you a return to 2001 during the production of the first film. As you know, during his first adventure, Harry is faced with Voldemort, who is hiding under Professor Quirrell’s turban. The dark magician crouches over the body of the Hogwarts professor and looks very strange. This is modified in the other films with the removal of the nose in particular. You should know that the movie’s designers originally bet that the wizard would look a lot more scary. Indeed, as in the books, he should have had a snake-like appearance and red eyes.

It’s unclear why Warner Bros. ultimately chose a less terrifying design, but that’s supposed to be less of a terror to kids. Sony had made a similar choice for the Green Goblin in the first Spider-Man. This one had to be really scary with a more human look, but Sony ultimately went for a villain with a frozen mask on.

Would you have preferred a creepy Voldemort in Harry Potter and the Philosopher’s Stone? Take the survey and give your opinion in the comments.