that iconic Marvel character you missed in the trailer 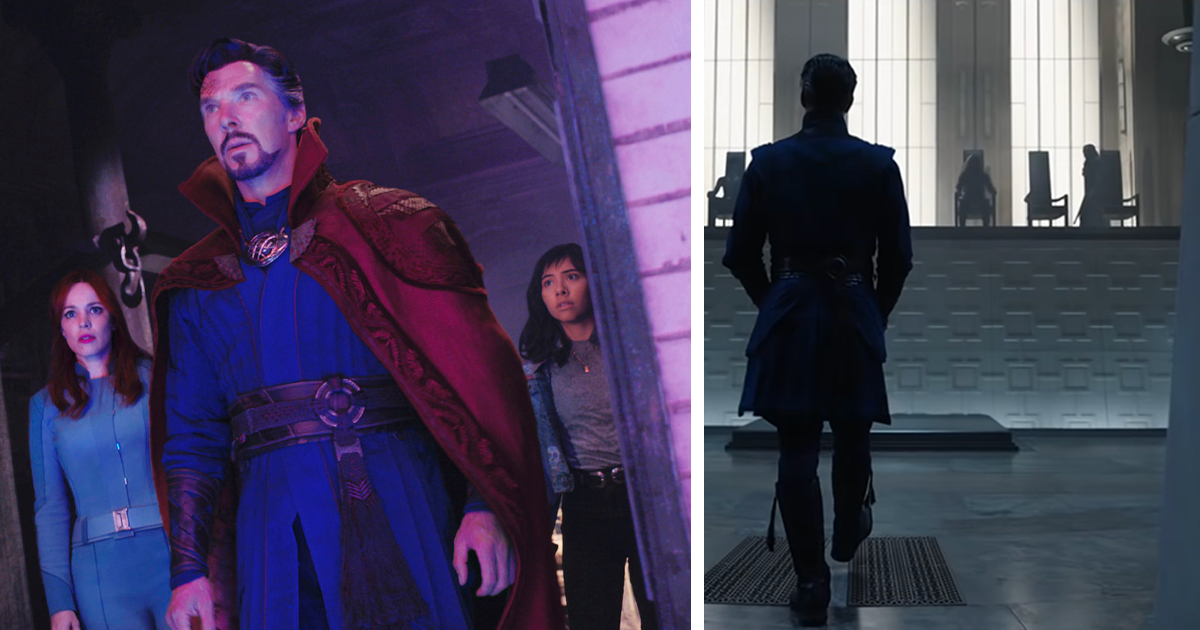 Decisively, the trailer for Doctor Strange in the Multiverse of Madness is currently being dissected from all sides. Many fans look for references and easter eggs in every corner of the trailer. For example, the reference to Charles Xavier was obvious, but others, like the reference to Captain Carter, were more hidden. Now, some fans think they’ve found a new lead on another iconic character from the Marvel stable.

Doctor Strange in the multiverse of madness: a reunion that promises to be historic

Last weekend, Marvel Studios used the Superbowl to rock the new trailer for Doctor Strange in the Multiverse of Madness. Ultra stunning new visuals heralding a simply historical movie packed with cameos, appearances and tongue-in-cheek humor for comic book readers and Marvel Cinematic Universe (MCU) fans alike. Lately, fans have been peeling these new pictures from all angles to find the tiniest little Easter egg. For example, we discovered that Charles Xavier would be there, certainly surrounded by the Illuminati.

Doctor Strange in the Multiverse of Madness is Sam Raimi’s new film, due out May 4th. The story takes place after the events of Spider-Man: No Way Home and tells how Dr. Strange must correct his mistakes and protect reality from the multiverse. In addition to the return of Benedict Cumberbatch in the title role, the rest of the cast includes Benedict Wong (Wong), Chiwetel Ejiofor (Mordo), Elizabeth Olsen (Wanda Maximoff), Xochitl Gomez (America Chavez) or Still by Rachel McAdams (Christine Palmer).

A clever nod to this Marvel character

So, lately, fans have just found a new Easter egg. During the sequence where Dr. Strange Charles Xavier and seemingly confronting the Illuminati, the trailer offers a long shot of this mysterious tribunal. The camera is behind Dr. Strange and points to several seats (five to be exact). Of these places, two are empty and two are occupied by mysterious figures. One appears to be Charles Xavier, the other logically should be Iron Man. The other three seats are empty, but a standing figure moves toward one of them. And some fans think they’ve discovered the identity of this mysterious character.

In fact, fans believe this standing character is Blade. In fact, we know that the half-man/half-vampire is about to make his big comeback in the MCU in the guise of Mahershala Ali. Played by Wesley Snipes in the past, this anti-hero will even have his own movie in the near future. The most avid fans will even have recognized the voice of Mahershala Ali in The Eternals’ second post-credits scene, just to gently introduce the character. If this protagonist, who seems to be dressed in black, has the same attitude as this emblematic antihero and has a sword in his back, is actually Blade, his return will delight more than one. And since Doctor Strange will explore the concept of the multiverse in the Multiverse of Madness, that blade may not yet be embodied by Mahershala Ali, but will mark the grand return of Wesley Snipes into the character’s skin. This movie gets crazier every day!