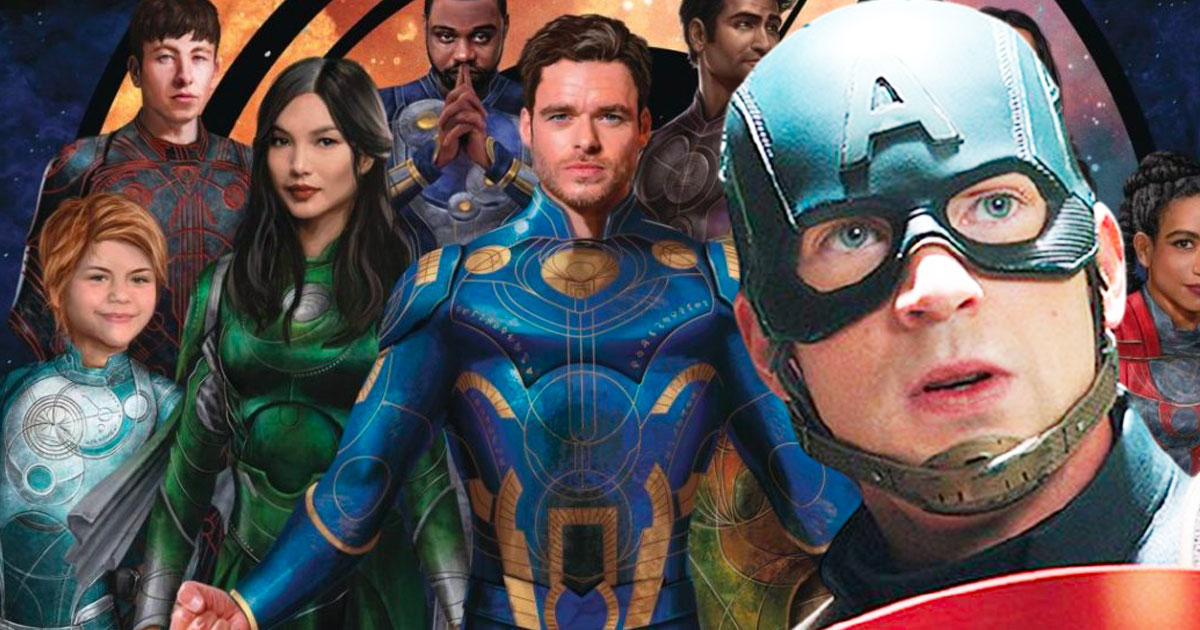 This Monday, May 25th, Marvel unveiled the first trailer for The Eternals (or The Eternals in their original version). A first look at the next MCU blockbuster expected in November and directed by Chloé Zhao, who is already an Oscar winner for her latest film Nomadland. In addition to the official footage of the film, this trailer offers some explanation of the status of one of the legendary characters in the Avengers.

As you may have noticed in the final scene of this trailer, we can see the Eternals gathering around a meal when Sprite, played by Lia McHugh, asks who can become the next leader of the Avengers.

A question that is legitimate now that Captain America and Iron Man are no longer there. Aside from that you will notice the subtlety: when we speak clearly of Iron Man for the superhero of Robert Downey Jr. in relation to the character played by Chris Evans, he is mentioned under the name of Captain Rogers, which has the same note as Steve Rogers did in Captain America: First Avenger.

The trailer therefore informs us that the character will be called that in the MCU from now on. And this way of calling him Captain Rogers puts an end to the confusion that may have arisen with the Falcon and Winter Soldier series on Disney +.

But why can’t Steve Rogers keep his superhero name when Tony Stark can? Simply because right now the one holding Captain America’s shield is none other than Sam Wilson. And Marvel has also confirmed that at that point it was actually Sam Wilson who owned that title with the character’s appearance on the official pages.

So if you call him Captain Rogers, as is the case in the teaser, it can no longer be confused with Sam Wilson. If Steve Rogers were to get back on the MCU path at some point, the two characters could coexist in the Marvel Universe without questioning who officially is Captain America.

The Eternals will hit theaters on November 5, 2021. The film ties in with the events of Avengers: Endgame.