The Courier
HomeTechnologythat dark moment in Tony Stark's life that you won't see in...
Technology 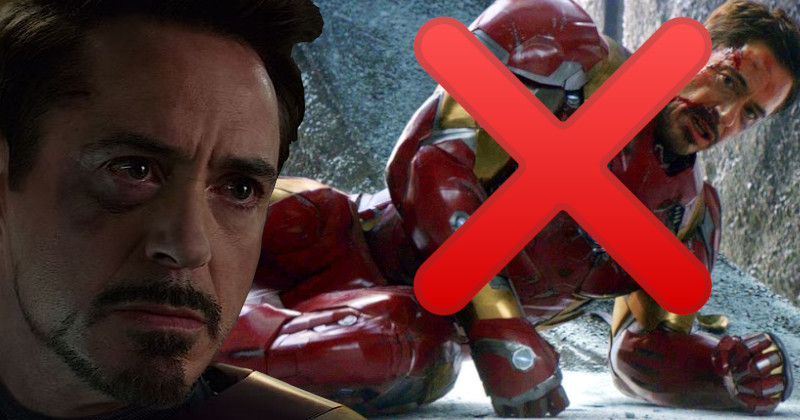 In case anyone was still in doubt, Marvel proved that its MCU still fascinates so many people with the critical and commercial success of Spider-Man: No Way Home last month. An adventure began 14 years ago with the character Iron Man, in which, however, a significant part of his personality fell by the wayside.

Iron Man, the face of the MCU

Today, the Marvel Cinematic Universe includes 27 films and numerous series and is already in Phase IV. The ultra-lucrative saga of Kevin Feige and Marvel Studios is not ready to stop there, especially as the development of the concept of the multiverse opens up literally endless script possibilities. Rumors have suggested that Iron Man, one of the franchise’s most iconic superheroes, may be making a return soon.

Because as of 2019, billionaire Tony Stark and his sophisticated armor are no longer there to help the other Avengers when they need it. And if the MCU survives very well without its ex-figurehead, its absence is still felt. It has to be said that alongside his role as the superhero savior of humanity and his nuanced personality, Tony Stark aka Iron Man was the one who started it all. In 2008, the first part of the Iron Man trilogy marked the beginning of the MCU.

But while the character has become iconic for all Marvel fans, an important part of his life and who defined him has never been fully explored in the saga.

Marvel: the desire to avoid too dark a story

We appreciated the MCU that revolutionized the superhero movie in its infancy, but we have to admit that today it’s not so synonymous with originality. If he has undeniable qualities, it now seems that each of his films and series must meet certain specifications, aimed in particular at not overly obscuring the misadventures of the heroes. And while Tony Stark’s alcoholism has been shown on a number of occasions, Marvel Studios never wanted to delve into the issue in depth so the character could continue to appeal to young audiences.

Iron Man 3 director Shane Black tried to convince Marvel and Disney by inciting the idea of ​​adapting The Devil in a Bottle, a nine-issue story arc set in the comic book series The Invincible Iron Man. Released in 1979, this arc explores the superhero’s alcoholism in depth and depth, and is considered one of the most iconic stories involving the character. Meanwhile, Tony represents his company, Stark Industries, in a public ceremony. But his armor fails for no apparent reason, causing the death of an ambassador from a repulsor hit.

Thus begins what is probably the darkest part of Stark’s life, which is investigated and forces him to abandon his role as the Avenger. A series of events which, as you will have understood, lead him to become addicted to alcohol and alienate his relatives, and in particular his faithful butler, Edwin Jarvis. And when he later realizes that it was all a stunt to get rid of him, Iron Man has endured a descent into hell the magnitude of which the MCU films will never have been able to show. It’s a shame, knowing that actor Robert Downey Jr. struggled with his own addiction for a long time before he joined the Marvel Universe.

Share
Facebook
Twitter
Pinterest
WhatsApp
Previous articleAfter Red Notice, Dwayne Johnson teams up with these Avengers for Amazon
Next articleEric Clapton has no doubts: Those who were vaccinated against Covid-19 were the target of ‘hypnosis’