TF1 starts a Koh-Lanta with zombies 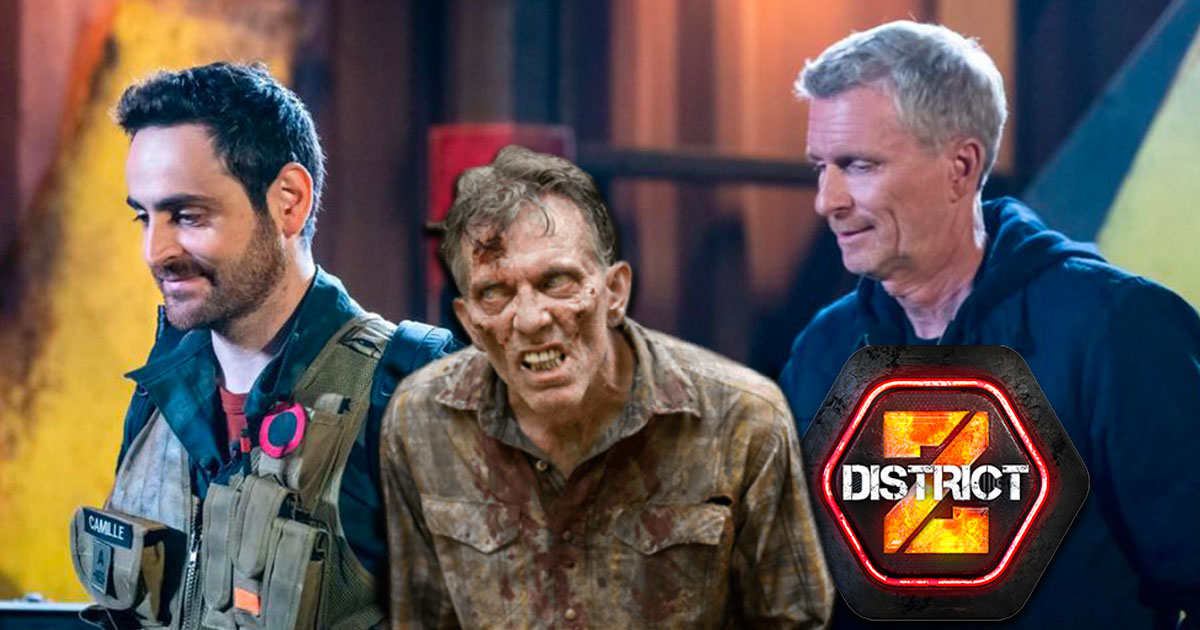 The District Z programming, which will air prime time on Friday December 11th on the TF1 channel, is already getting people talking about it. What is this new concept? Who can play the game and for what purpose? We give you all the information you need to know about the next Koh Lanta host show.

Creation of the District Z project

What is the District Z Project? In a few words (we will come back to this below), this is a program in which personalities must face Professor Z. The latter is a mad scientist who can boast of having led many past experiences.

The candidates take up the challenge of the scientist who offers them to return to his domain in order to try to leave with part of his fortune acquired in previous years (100,000 euros). Candidates must therefore venture, from dusk to dawn (for more chills), into a pitiful field littered with the living dead and other creatures of the night (who appeared after the professor’s final experience, which obviously turned out very bad). You will have to face challenges to raise this money for associations.

Somewhere in France, in an ultra-secret area, personalities will be competing with #DistrictZ
To overcome challenges, you need to be strong, smart, and overcome your fears
u27a1 @DistrictZ, presented by @DenisBrogniart, December 11th on # TF1 pic.twitter.com/siAvec1dUz

The show was filmed in an area not far from Parc Astérix but was kept a secret for the moment. District Z will be presented by Denis Brogniart and Arthur will be the producer. We already know that some personalities like Camille Combal, Arnaud Ducret, Marine Lorphelin, Michaël Youn, Kev Adams and many others (more than 25 in total) have agreed to play the game. Jean Reno was originally also involved in the project. as we saw in the show’s trailer, but we don’t know any more about it right now.

What exactly does District Z give?

Arthur shared more details during a press conference on the District Z program, so he explained what our colleagues from Figaro say:

District Z isn’t a show that scares viewers. It’s entertainment. There are very difficult, very stressful, and other lively trials for children. We didn’t want to make them too gross because they’re type 80 zombies: they don’t run, they run, or they shoot themselves on their knees. These are zombies that kids will love.

Denis Brogniart, meanwhile, offers some additional details on the vault, the last room candidates will go into:

There are 30 chests, 10 are empty, the rest are full of gold. The aim of the game is to win up to 14 passes for the events in order to open as many chests as possible.

The tests in question are strength, agility, and reflection tests. We have also heard a lot about the butler, a completely crazy character who will be the eyes and ears of the professor. Candidates can take refuge with him in a bunker to rest before attempting the famous strength tests. It will also be up to him that the candidates will be able to regain a life, but for this it will be necessary to accept having less time in the space of the vault.

Arthur admitted at the same press conference that he was trying to create “a program halfway between cinema, mainstream television and the world of gaming”. As a result, District Z is going to be a show where we can find lots of references and blink at monuments like The Ring, Resident Evil, The Walking Dead and other similar works.

The choice of music is also important, as the music chosen for the show relates to the world of zombies. Arthur doesn’t hope to disappoint fans of the genre, so has taken care of the details of this brand new show set to be spotted on TF1 in a little under a month.