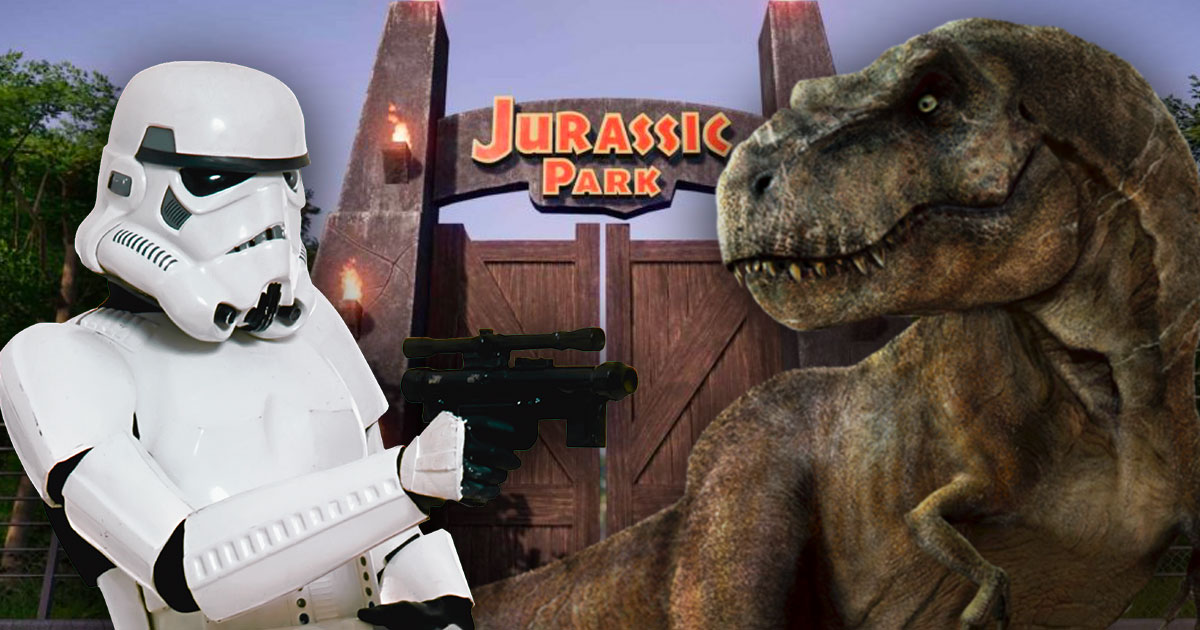 After 5 movies, video games, and a Netflix series, we now know that Star Wars exists in the universe of Jurassic Park. No wonder if we know the great friendship between George Lucas and Steven Spielberg.

Jedi in the Jurassic Park universe

Jurassic Park and Star Wars are some of the greatest legends in cinema. They have shaped many generations and will mark others in the future. The two universes are very far away and yet Star Wars exists in the universe of Jurassic Park. There were 5 movies and lots of video games, but it was the Jurassic World: The Cretaceous Colo children’s series that first made reference to the world of George Lucas.

For some time now, you can discover the Jurassic World series on Netflix: La Colo du Crétacé. In one of the episodes, the character Kenji Son picks up a lamp and starts using it as a lightsaber that imitates the sounds of the famous Jedi weapon. An obvious Star Wars allusion proving that the saga created by George Lucas exists in the universe of Jurassic Park.

That wink isn’t that trivial and we even wonder why there was never any reference to Star Wars in the previous games. In fact, Steven Spielberg and George Lucas have long been friends, and the two men often worked together either officially at Indiana Jones or unofficially when Steven Spielberg came to support Star Wars or when George Lucas shared his job as an analyst at Jurassic Park . Plus, before Episode IV was released in 1977, the two friends had made a completely insane bet.

Perhaps other Star Wars references lurking in Jurassic World 3, though director Colin Trevorrow must still have a bad time getting fired from Star Wars IX by Lucasfilm. Jurassic World 3 will hit theaters on June 8, 2022. In the meantime, you can indulge in photos from the set.