Squeezie comments on the controversy with Cyprien and calms things down 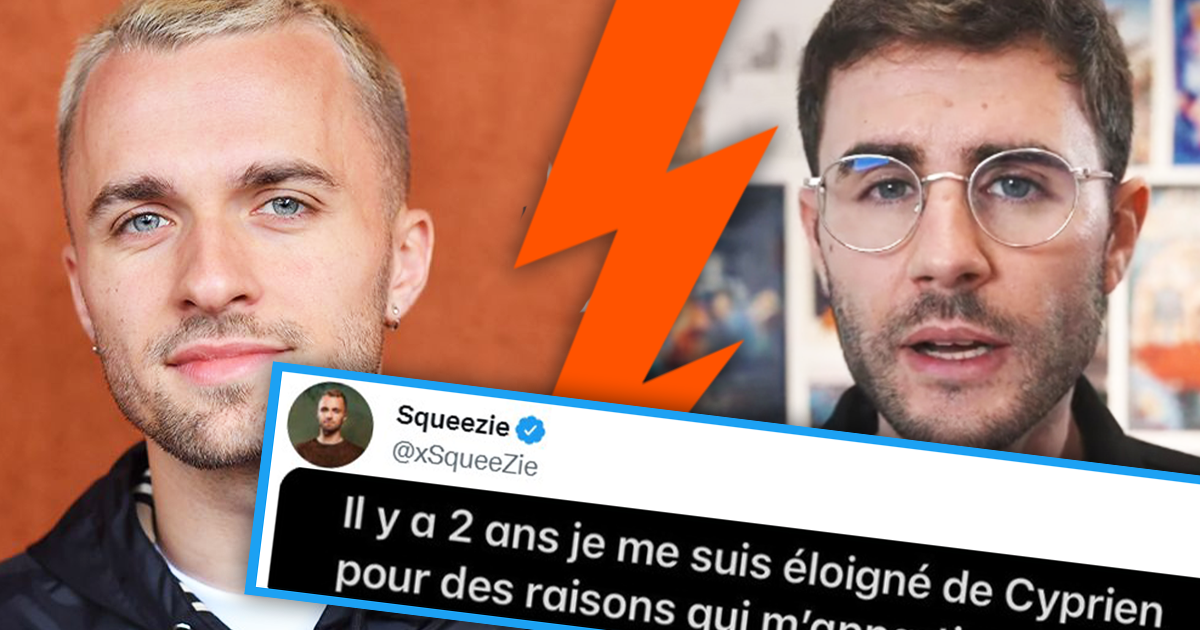 Former duo of well-known Youtubers Squeezie and Cyprien are making a lot of noise these days after a video of Cyprien reflecting on the end of their friendship. This video sparked a lively controversy, so much so that Squeezie had to speak out about it as well.

It all starts with an FAQ by Youtuber Cyprien, posted on February 13, 2022, that answers all netizens’ questions, including those pertaining to his relationship with Squeezie. Cyprien explains that “Lucas took me out of his life for, let’s say, two and a half years. No more news, no more stuff. And it wasn’t my choice… I think he wanted to develop without having me there, and he did. I won’t lie to you, it was hard to take but I have to make a choice. Today I strike back (…).”

Very quickly, fans of Cyprien, but also those of Squeezie, commented on the situation on social networks and got involved in the controversy (you can find the reactions in our previous article on the subject). The reactions were so strong and important that Squeezie, in turn, had to speak publicly.

Squeezie spoke publicly, certainly to appease the two communities that could be virulent at times on social networks. The Youtuber left the following message on Twitter last night (February 14, 2022):

Under this Twitter post, the reactions are as diverse as they are different. Some internet users regret that a private matter caused so many reactions and that Squeezie had to have his say. Others, however, deplore Squeezie’s reluctance to explain the reasons for this alienation. A controversy that should fade over time but continues to divide fans for now, especially on Twitter.

And if you want to know which are the most viewed YouTube videos in France in 2021, you can consult our previous article on the subject.