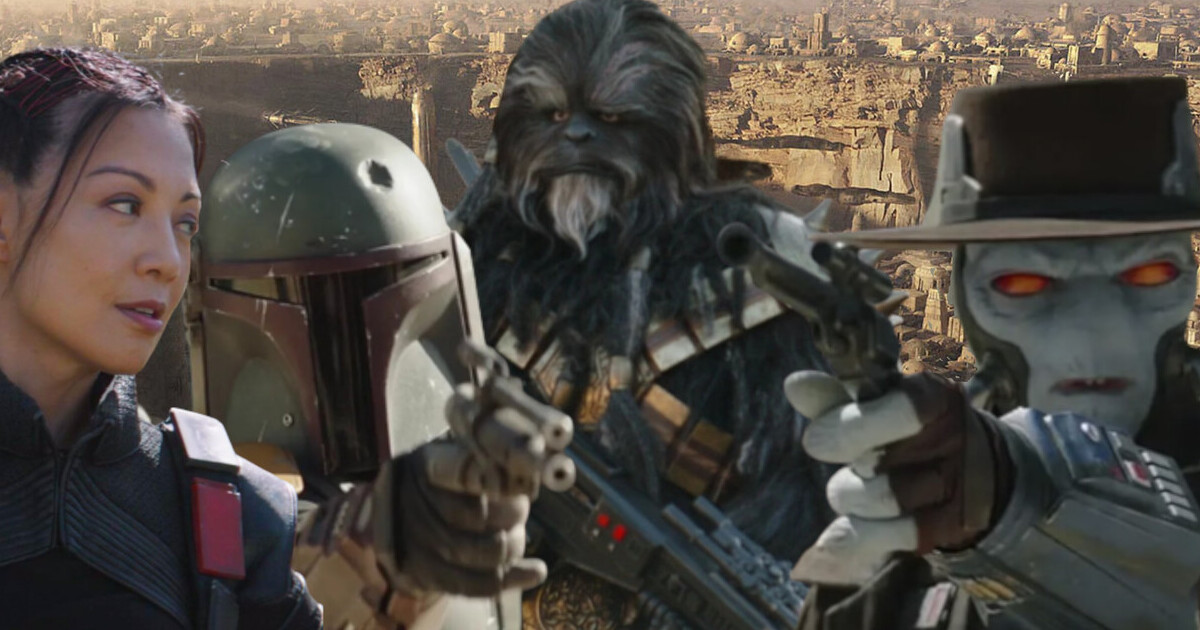 As Season 1 of The Book of Boba Fett reached its verdict last Wednesday, some questions arose about the continuation of the famed bounty hunter’s adventures. Among them, the fate of one of the characters catches our attention.

WARNING: This article contains spoilers for the final episode of The Book of Boba Fett. Don’t read any further if you don’t want to read it.

Clunky as it is, The Book of Boba Fett series allowed Star Wars lore to stretch a little further and allowed Disney to intertwine its storylines with the integration of the Mandalorian universe. The opportunity to play fan service and pull out the big toy box to please his illustrious fans. If some criticize the series for its laziness, its inconsistencies, its writing, even its uselessness, and for being a simple excuse for Disney to force-feed us like geese, the pleasure of seeing Mando and Grogu again, that N1 hunter from prelogy and rewritten, this moth of krrsantan and a whole bunch of easter eggs delight the aficionados that we are.

Therefore, many were excited about the return of the bounty hunter Cad Bane, a Duro who appeared in the animated series Star Wars: The Clone Wars or Star Wars: The Bad Batch. Considered one of the most ruthless killers in the galaxy, Cad Bane is hired by the Pyke Syndicate in The Book of Boba, who are desperate to invade Tatooine through the spice trade. However, his appearance on the series fell short as he was eliminated in just over one episode by Boba Fett during the final fight in the streets of Mos Espa. A death subject to two pretexts: that of placing Boba’s famous move, learned by his master Tusken, and closing the circle of revenge, since we previously learned that it was in fact the Pyke Syndicate that did it orchestrated the massacre of the tribe.

But while a final shot shows us Cad Bane’s body lying lifeless on the ground, a flashing red light emits a sound, as if to indicate that there is still something to be told around the character. So does Disney want to raise doubts by implying that Cad Bane isn’t really dead?

This theory may seem plausible. This electronic device would be a life support system connected to his breathing tubes that would keep him alive in extreme conditions. Another alternative would have this system send a distress call to the droid Todo 360, Bane’s sidekick who has helped him on several missions in the past. For example, he helped the bounty hunter steal a holocron from the Jedi Temple in 21 BBY in The Clone Wars before it was destroyed but rebuilt by Anakin Skywalker. So it is possible that the droid will be contacted to save its master.

If this is just speculation, many would like to see the intergalactic cowboy in other projects in the franchise. Fans didn’t fail to show their disappointment at his fate, Sent. It must be said that Bane is an emblematic character of the Star Wars universe and it seems easy to see him disappear in this way. Because of his charisma, we would have liked him to bring more impact to the show, such as establishing himself as Boba’s main antagonist for this Season 1. This would have served as a (good) excuse for Disney to take us back into the turbulent past of Jango’s son, since the two know each other, and to add some relaxation to the series.

For your part, do you think Cad Bane is actually dead? Would you like to see him again in a future project by the big-eared company? Don’t hesitate to share your impressions in the comments.