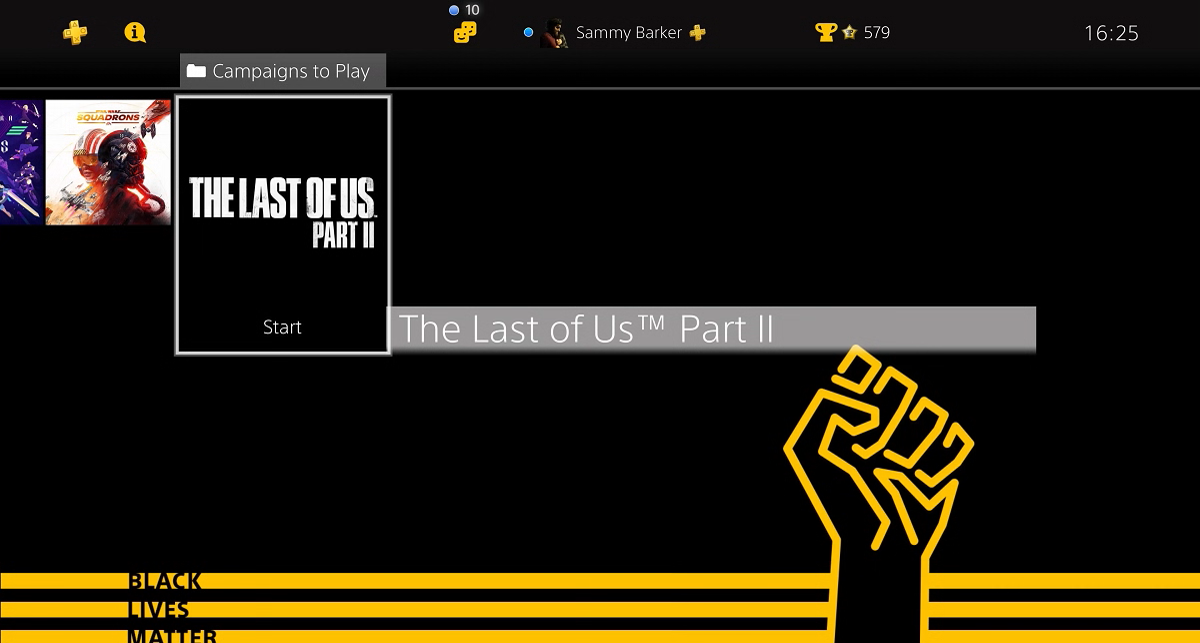 This Monday, October 19th, 2020, PlayStation announced on its Twitter account that a Black Lives Matter theme is available for free to all players. Problem: The movement is not seen well by all internet users and the giant had to face a wave of protests. Some even suggested that this issue would be the cause of their switch to Xbox.

Earlier this week, PlayStation announced that it would offer a Black Lives Matter theme on PlayStation 4. We discover the emblem of movement on a black background, a simplified theme that Sony uses to express its support for movement. Since the murder of George Floyd last May, the Black Lives Matter movement has gained momentum, especially in the United States. However, some protesters are against this movement and have informed Sony.

Show your support for the # BlackLivesMatter movement with this new PS4 theme, available now for free on the PS Store. pic.twitter.com/mN1PnFHPdl

Thank you for helping me figure out which console to buy. I’ve been trying to decide which console to buy because I can only afford one. And as far as I know, Xbox hasn’t shown any support for BLM. So it looks like I’ll be the proud owner of a new Xbox if I save enough money.

Thank you for helping me make my decision. pic.twitter.com/k2UhwaiJ9c

“Thank you for helping me make a decision.”

“It looks like the PS4 will be the last PlayStation I’ll buy … It’s sad. I’ve been there from the start :(“

Thanks Sony, I definitely won’t be buying a PS5 when it comes out.

“Thanks Sony, I definitely won’t be buying a PS5 when it is released.”

Do it for me. Go with the series x. I never thought I’d see the day that Xbox is selected instead of Playstation. Game pass here I come. Oh and Bethesda exclusive. Ha, no problem. Adios Playstation.

“It’s good for me. I’m going to ride the Series X. I never thought I’d see a day that I’d prefer an Xbox to a PlayStation. Game Pass, I’m coming. As well as Bethesda Exclusive. Goodbye.” , PlayStation. “”

But as other internet users have pointed out through other tweets, Xbox has also announced its support for the Black Lives Matter movement. Inadmissible arguments that only highlight the lack of knowledge of their authors.

In the event that these internet users then want a Nintendo Switch in their sights, the Japanese manufacturer has shown its support for the Black Lives Matter movement. A loud minority that is increasingly present on social networks as the American elections approach. Regardless, this free theme can also be picked up here in France by going straight there.