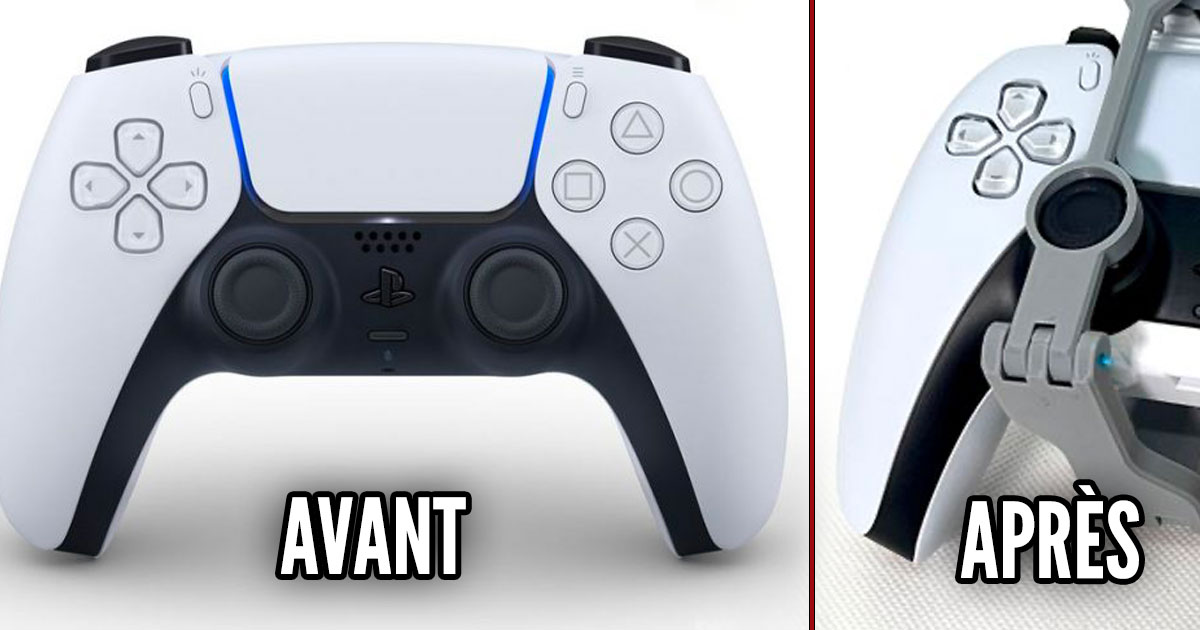 Playing the console when you have a disability can be very complicated. If the Microsoft side had already offered an adaptive controller for the Xbox One at Microsoft in 2018, those affected are still waiting for a solution at Sony. Suddenly, a YouTuber decided to take the problem into hand by offering an adapter to be able to play the PS5 with one hand.

A revolutionary accessory for the disabled

In fact, this Youtuber is called Akaki Kuumeri and he has decided not to wait for a reaction from Sony. He has therefore imagined and developed an adapter that can be connected to a DualSense in order to be able to play the PS5 with one hand.

To do this, he imagined an adapter that was attached to the controller and offered the player the option of accessing all of the DualSense’s controls. As for the directional cross, even if it is less used, it can be activated with one hand with a second, possibly somewhat bulky, accessory.

The 3D printed accessories can be moved around to benefit by placing the controller on a flat surface.

The designer had the idea for this accessory when he wanted to play It Takes Two alone, which can only be played in pairs. He then developed this tool with a right-handed version and a left-handed version.

Akaki Kuumeri does not want to market this adapter for DualSense. He preferred to share his plans, which can be downloaded for free if you want to make them yourself, provided you have the means to purchase a 3D printer yourself.

15 details you definitely missed in the anime

US Secret Services: Putin stood up for Trump | Free press