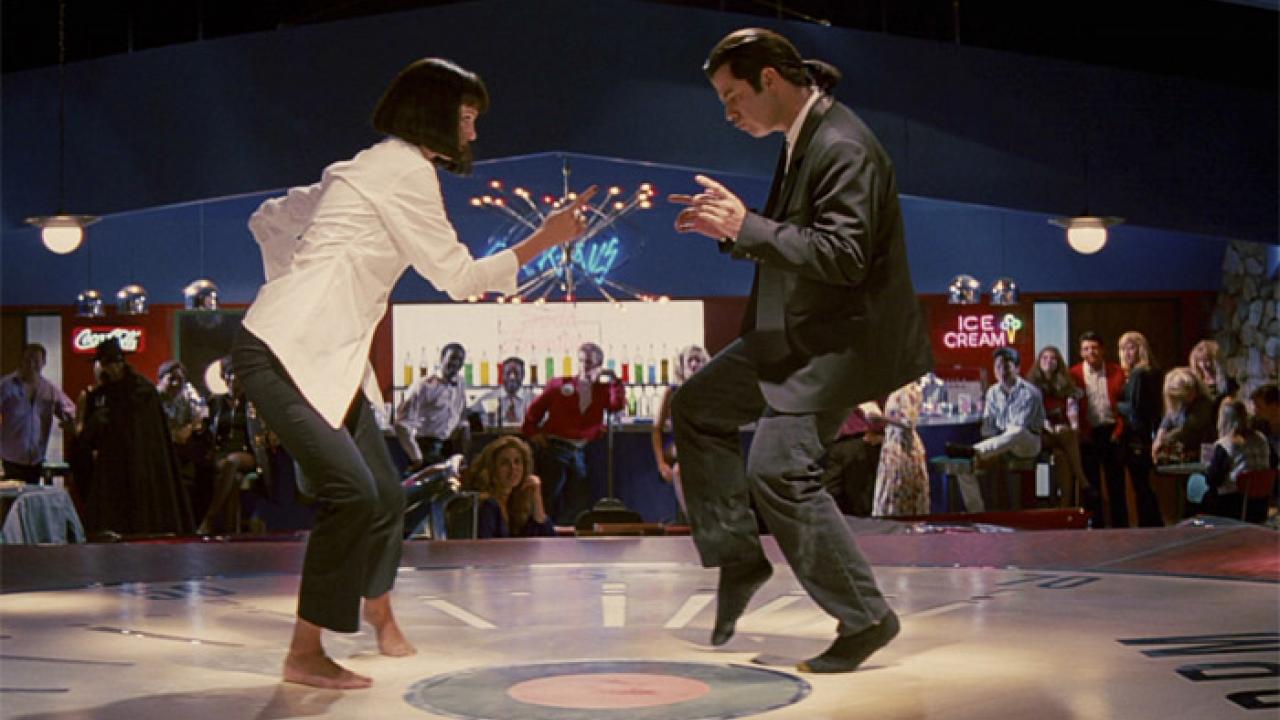 Unfortunately, the Cannes Film Festival did not take place this year for health reasons. If for some the Festival de Cannes is synonymous with “cinema going wild”, it is because they forget that some of their favorite films were shown in Cannes on the one hand and maybe the Palme d’Or won on the other. A look back at seven timeless Palmes d’Or, seven masterpieces of international cinema!

Please note: This is not a top, but a selection. The films are listed by year of release, from oldest to newest.

Yes, we often ignore it, but Dumbo, the fourth cartoon from the Disney studio, won the Palme d’Or in 1947. Or at least its ancestor “Grand Prix du Festival International de Cannes”. Since the first Palme d’Or was awarded this name in 1955. Another interesting little anecdote, when Dumbo won the “Grand Prix of the Cannes International Film Festival” in 1947, five films received this ultimate award. The Cannes Film Festival, which started in 1939 and was canceled until 1946 (that year, to promote reconciliation, the festival awarded one film per country represented) was still in its infancy. The five prizes awarded in 1947 were given in specific categories, with Dumbo winning the ultimate award in the category of best animated films. A reward that is not difficult to come by, given that the film was the only representative of its category … which doesn’t prevent Dumbo from being a real masterpiece, undoubtedly one of the saddest and most poetic films from the Disney studio. Too often forgotten, the adventures of the little big-eared elephant who recently had a new version under the direction of Tim Burton have moved us to tears, if only for his song Mein Kleiner.

A true legend of Hollywood cinema, Martin Scorsese has produced many masterpieces including Raging Bull, Goodfellas, Casino, Shutter Island and The Wolf of Wall Street. Scorsese is a great portrait painter of America and has made a deep mark on the history of cinema. But in 1976 he hit his biggest blow with the taxi driver. If it may not be his best film (the author of these lines prefers the large Mafia frescoes in the Les Affranchis / Casino diptych), it may remain his most important film. . First, Taxi Driver is an immensely political film in which Scorsese was one of the first filmmakers to take an interest in the psychological consequences of the Vietnam War. This factor may seem trivial, but it is not. Aside from a few rare films (like Silence), Scorsese is rarely a political filmmaker who prefers to tell the rise and fall of his characters. The taxi driver wants to get closer to the concerns of his time. Then, through his aesthetic, Martin Scorsese redefined the rules for describing great American cities, and New York in particular. The streets are theaters, the atmosphere is suffocating, porn movies and prostitutes are well established. It is not for nothing that the excellent series The Deuce by David Simon (The Wire, Treme), which tells the rise of pornographic cinema in the 1970s, borrows so much from taxi drivers. If Scorsese’s cinema is usually carried by a two-headed monster (the director and his favorite actor Robert De Niro or Leonardo DiCaprio), the taxi driver is based on a third man, Paul Schrader, who signed the film’s script. As a brilliant scriptwriter and fascinating director (he directed and wrote the films Blue Collar and American Gigolo), Paul Schrader delivers a masterpiece of provocative nihilism and exciting violence. We must also mention Robert De Niro’s interpretation, inhabited, animal.

Francis Ford Coppola, one of the main characters in New Hollywood, is one of the few filmmakers to have won the Palme d’Or twice. After a first win in 1974 with Secret Conversation, the director of The Godfather and Dracula won the palm again in 1979 with Apocalypse Now. Apocalypse Now, a matrix war film, is a true masterpiece, arguably the greatest film ever made about the Vietnam War. Served by an exemplary staging, an insane cast (Marlon Brando at the helm), cult quotes (“I love the smell of napalm in the morning!”), An iconic soundtrack that skilfully mixes the doors and the Rolling Stones in The Ride of the Valkyries by Richard Wagner. Although Apocalypse Now dates back to 1979, it remains extremely contemporary, so much did Francis Ford Coppola’s staging revolutionize the genre. So much so that when we make a war film, we refer to either Apocalypse Now or Stanley Kubrick’s Paths to Glory.

We are no longer presenting pulp fiction, a cult film par excellence. Quentin Tarantino’s second feature film, undoubtedly the most valued author, made the filmmaker one of the greatest directors and best screenwriters of his time. Everything has been said about pulp fiction. The film is a pearl of cinephilic science. It would be wrong, however, to see Quentin Tarantino as just a serial recycler and just a “second hand shop” in his film, to use Georges Duhamel’s expression of Guillaume Apollinaire. Pulp Fiction is a real cinema offer. And the very present quotes allow the decoration of the tarantinesque universe to be interwoven. It is enough to be convinced to pay attention to the character Harvey Keitel plays in Reservoir Dogs and in Pulp Fiction. Harvey Keitel, old paternalistic gangster in Reservoir Dogs, efficient “cleaner” for the Mafia in Pulp Fiction, remembers his earlier roles as a gangster in Martin Scorsese’s (Meen Streets) cinema. In short, the quotes are decency in which the characters of Tarantino develop. We could talk for hours about Pulp Fiction, its chiseled dialogues, its aestheticized violence, its play with temporality and rhythm. As this second feature film already announces all other Quentin Tarantino films. But what use is it that everything has already been said?

Ken Loach is part of the very closed club of directors who have won the Palme d’Or twice. The British director, who won the prestigious Cannes Prize with me, Daniel Blake, in 2016, had already won it in 2006 with Le Vent se lève. Ken Loach, known for his very dedicated cinema on the left, signed his best film with Le Vent se leve. The film focuses on the war during the Irish Civil War and tells the fate of two brothers, one for the IRA and the other for the British Army. Powerful and hard, the film is permeated by a devastating emotional breath. Above all, the film reveals Irish actor Cillian Murphy, whose youth embraced the heart with zeal, sadness and frailty, all the more powerful when the actor later became a comedian with charisma explosive and magnetic, like his role in the Peaky Blinders series, the Masterpiece by Steven Knight, shows. In The Wind Rises, Ken Loach develops the idea that the Irish Revolution was not a nationalist revolution but a social revolution. The repression and humiliation that the British armed forces inflict on Irish peasants take up a lot of space in the film and sound both as a condemnation of imperialism and as an example of the balance of power between the rulers and the ruled. We highly recommend that you watch this movie if you haven’t seen it and dive headfirst into the filmography of this great filmmaker. Why not continue with La Part des Anges?

Some will no doubt be surprised that this selection includes a film by Terrence Malick, which is supposed to fight the preserved idea that the Palmes d’Or are necessarily Prout-Prout films. It is true that the director of Moissons du Ciel and La Ligne Rouge has a reputation as a filmmaker specializing in contemplative film, a far cry from the Hollywood blockbusters valued by the public … a reputation his experimental Trilogy A la Merveille / Knight of Cups / Song to Song has only intensified by offering a cinema that doesn’t necessarily have to tell a story. But make no mistake: Malick’s cinema is not an elitist cinema. His filmography speaks for itself: The Red Line is one of the most beautiful war films, The New World is a great adaptation of the story of Pocahontas, and his latest film, A Hidden Life, stunned more than one during the last Cannes Film Festival. (It was one of our favorite films of 2019.) It has to be said that Terrence Malick is not content with handling strong stories, but shows an absolutely extraordinary talent for directing. Always looking for grace, her camera seems to hover over things. Terrence Malick is the true revealer of the beauty of the world, and undoubtedly the director who knows best how to film nature. It is not for nothing that many viewers and critics have mentioned Innaritu’s The Revenant Malick’s name after Alejandro Gonzalez. The Tree of Life is no exception: the staging is amazing, and the film has often been compared to Stanley Kubrick’s 2001 A Space Odyssey (no less!). Brad Pitt plays one of the best roles there and plays an authoritarian and loving father in Texas in the 50s. With The Tree of Life in particular, Malick continues his exploration of American history that he has undertaken since he was born. first feature film, La Ballade Sauvage. A great and challenging film that deserves a chance! And throw yourself upside down in Malick’s cinema.

Parasite is the newest Palme d’Or and a real masterpiece from Bong Joon-ho. Inspired by Claude Chabrol’s social cinema, the South Korean director delivers a real lesson in cinema here, with the story of these two families, one poor, the other rich, parasitizing each other. For the occasion, Bong Joon-ho meets his favorite actor, the ultra-charismatic song Kang-ho, revealed through his role in JSA: Joint Security Area, a masterpiece by the other sacred monster of South Korean cinema: Park Chan-wook (Old boy, miss). We can appreciate the very special, almost manic care that Bong Joon-ho gives to the composition of its frames. And above all, the filmmaker’s unbelievable ease manages to play with genres. In a split second, the film manages to switch from social comedy to horror film and then to family drama. Like Ken Loach (The Wind Rises), Bong Joon-ho has always dealt with the same subject: the class struggle. In contrast to the legendary British filmmaker, Bong uses genre cinema to investigate this question: detective (memories of murder, mother), horror (The Host), science fiction (Snowpiercer, Okja). This exploration of genre cinema enables the director never to repeat himself, but rather to have a different playing field with each film. We highly recommend you check out Bong Joon-ho’s movies and see what’s going on in South Korea. Without a doubt, one of the most fertile countries in terms of cinema …