Saruman’s Vision Stone is more powerful than you thought 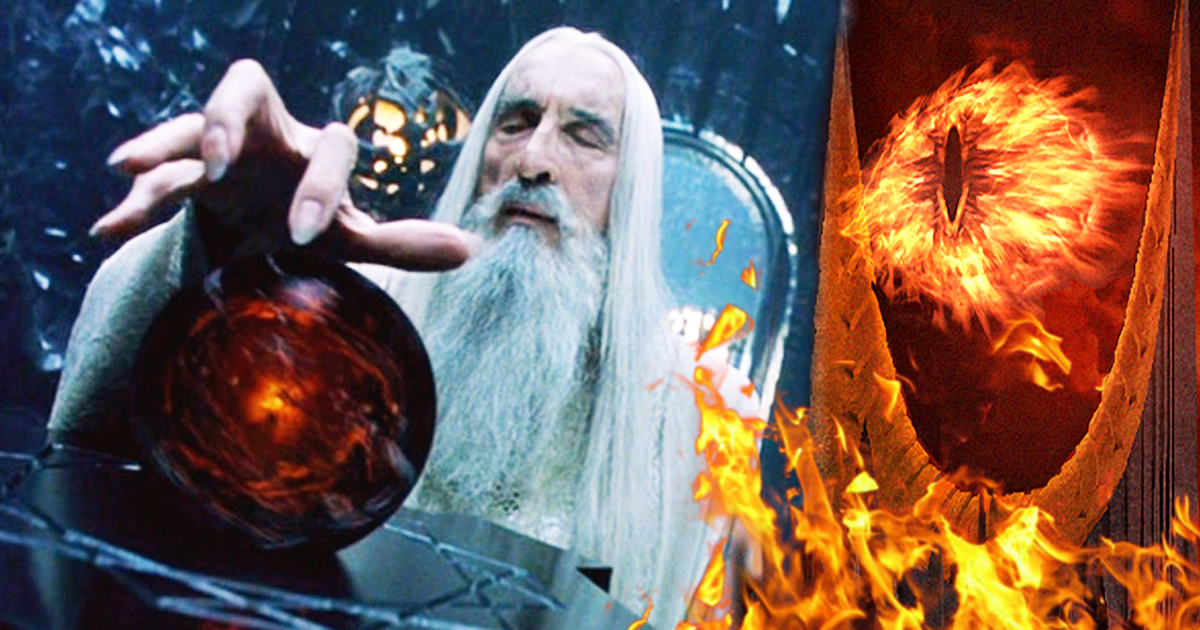 The Vision Stones that we discover in the Lord of the Rings movies have a very interesting history that we invite you to discover or rediscover today.

In The Lord of the Rings, Gandalf discovers that Saruman is in possession of a mysterious black orb called “Palantír”. These stones were used as a means of communication by anyone who owned one. However, given the effect they had on Pippin when he grasped them, it seems obvious that there is something sinister about the palantír.

As depicted in the Lord of the Rings films, palantíri (plural of “palantír”), also known as “sight stones,” allow the wearer to gain a sight of those holding others and communicate with them over great distances. In a world without electricity, these stones prove incredibly powerful, but that didn’t stop Gandalf from disapproving of them. As the latter points out, some Palantíri remain untraceable, meaning anyone in Middle-earth could be spying on you if you have one.

The History of the Palantíri

JRR Tolkien, as with many Middle-earth objects, developed the history of the Palantíri through numerous notes and appendices. As seen in the movies, a palantír has the appearance of a dark sphere of transparent matter. The Palantíri would originally have been the work of the elf Fëanor (also the maker of the Silmarils, wondrous jewels, of which there are three in number, appearing specifically in the Silmarillion) and would have been created in Valinor in ancient times.

Seven in number (or eight, studies on the subject differ), the Palantíri are identified as a gift from the elves of Valinor to Amandil (one of the men of Númenor), which would then have been taken by his son Elendil, who at specific locations in Middle-earth, specifically in the kingdoms of Arnor and Gondor. Reserved for rulers or lieutenants deemed trustworthy, these stones brilliantly ensured communication within these kingdoms. During the Third Age, however, most Palantíri were lost, destroyed, or forgotten.

The true power of the Palantíri

In his essay on the Palantíri, published in Unfinished Tales and Legends, JRR Tolkien writes:

These spheres were perfectly spherical and, when at rest, appeared to be formed from a single block of opaque black glass or crystal. The smallest were about a foot in diameter, but there were many larger ones, and such was certainly the case with the Stones of Osgiliath and Amon Sûl.

Regarding their power, it is said that the palantíri’s eyesight allows them to penetrate physical obstacles such as walls or rocks, but not to illuminate a scene plunged in darkness. We also learn by consulting Tolkien’s notes that a process called “burial” allows a location to be hidden from the eyes of those looking at the other seeing-stones, which may make it possible to fool others. Conversely, with a significant effort of concentration, a user can manage to draw the image provided by a palantír into precise detail, an extraordinary power in the Tolkien-created universe.

And you, did you know the history of the Palantíri? We’ll let you answer this question via our comments section! And if you haven’t seen it yet, you can discover the casting that could have been done by Netflix if the trilogy had been planned by the platform (an article with humorous content, let’s specify that).