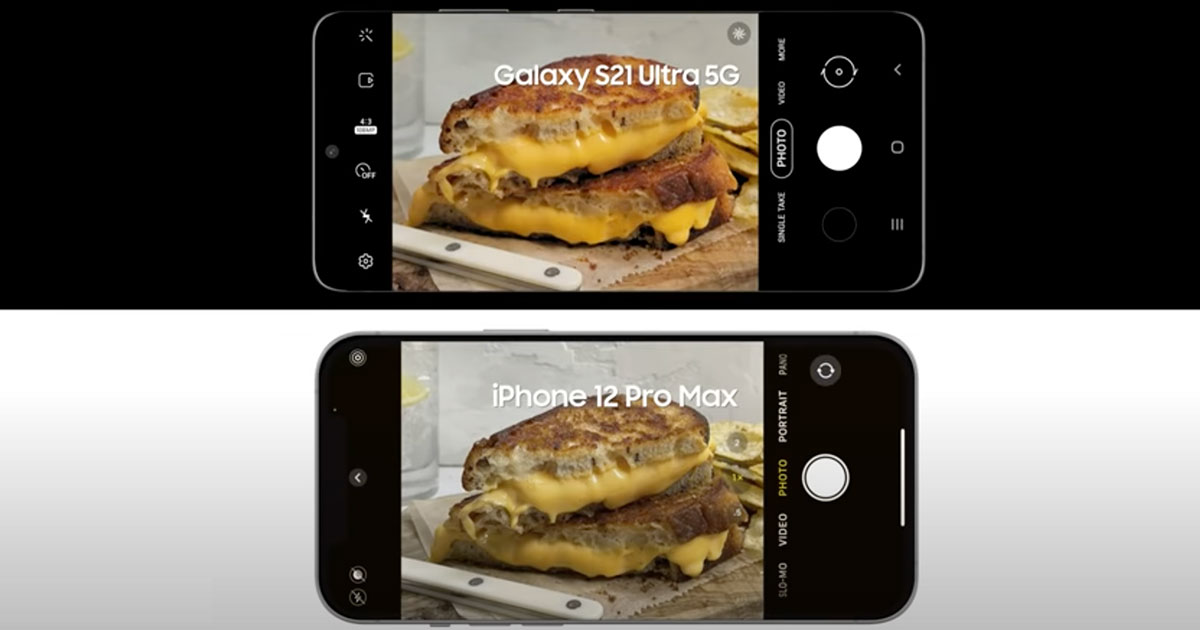 For several years now, the two manufacturers have been fighting a merciless war and each has its own aficionados. Power, photography, autonomy, in short, the two brands are characterized by a certain element in each new generation. However, the South Korean company has published two ads attacking its competitor and it must be said that the differences are indeed blatant.

Even if the quality of Apple smartphones can no longer be proven, so can that of Samsung devices. And both flagships have the same price for their 128 GB version at 1,259 euros, but recent advertisements from the Korean manufacturer could be decisive for the S21 Ultra 5G. In fact, in its advertising by Samsung, the company is targeting its competitors directly for the photographic quality of its device. In doing so, it underlines the great weakness of its competitor.

On screenshots that were taken directly from the TV commercial of the Samsung United States division, we actually see much less pronounced details of the recording with the iPhone. The cheese sandwich, which served as the main subject of the small experiment, actually gets more spiciness in the picture of the Korean flagship.

In a second advertisement, the giant therefore compared two images of the moon.

With this, Samsung carefully stages the quality of its optical zoom. We can easily distinguish the moon with its craters and shades of gray. As for the photo of the iPhone, we can’t see any better than a white band, blurry, which is more.

Samsung bet on excess when Apple preferred to keep things simple. So it was worth it to have bet on an insane 108-megapixel wide-angle sensor. It is also coupled with a 12 megapixel ultra wide angle. The icing on the cake, two additional sensors with 10 megapixels each are on the back of the smartphone. The first allows an optical zoom x3 while the second offers a telescope zoom x10. Samsung is now superior to Apple, which would rather stay in its line than offer something a bit more daring. An odd choice, given the current standards, by the way. Perhaps the Cupertino company is preparing something innovative for its future iPhone 13 …