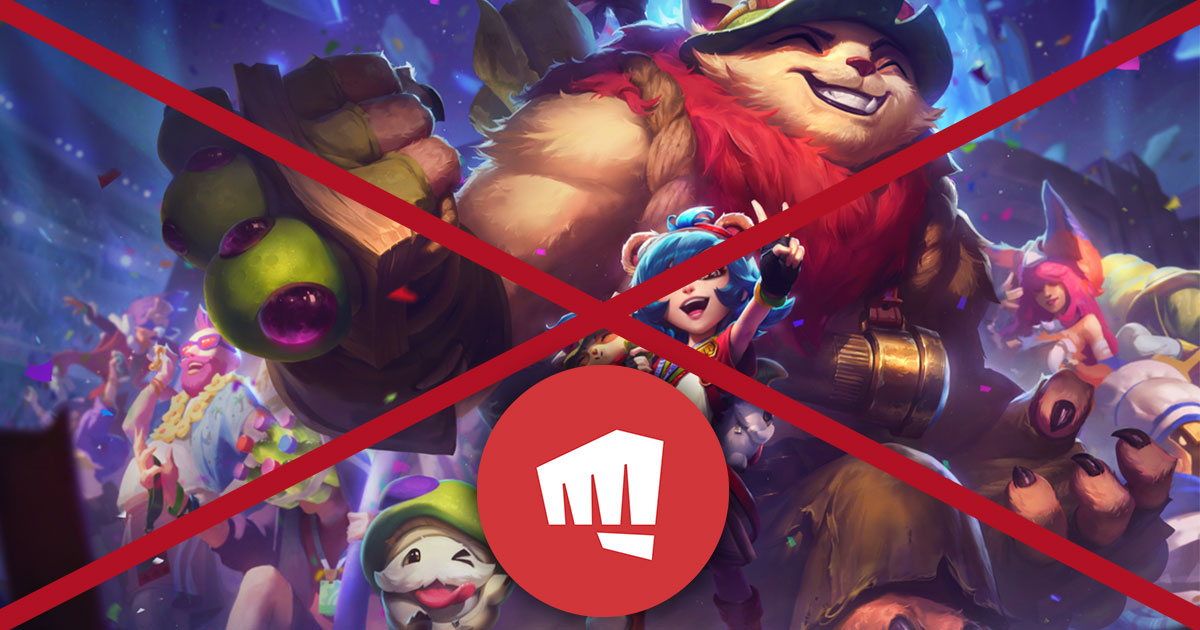 It’s difficult to dive into the gaming world without knowing League of Legends. League of Legends, the world’s most-played MOBA, hosted its eleventh competitive season last January. And like every classic of the genre, LoL became interested in a group of independent developers who wanted to create a “legacy” version. Problem: Riot didn’t want the project to continue.

A project that would never see the light of day

Last year, the Chronoshift project was announced on Reddit. The principle is simple: create a League of Legends server that will focus on the first versions of the game. Behind this project is a small team of indie developers, but they have just taken a sad turn. And with good reason, Riot had already publicly intervened on the first Reddit post to ask the developers not to continue the project, as the latter is based on the intellectual property of Riot Games. The “rioter” in question then urged them to read the studio’s guidelines regarding projects carried out by third parties.

The Chronoshift Project’s official Reddit report, a warning that seems to have fallen on deaf ears since last weekend, published a long post accusing Riot Games of extortion, nothing more, nothing less. Contacted by an employee of Riot Games, he explains that the American studio wants the project to be stopped, but they also want the project’s code and website to be restored.

“We worked on this project for almost 5 years and thousands of hours. During this time we didn’t even ask for a donation and paid all expenses out of our own pockets. We rejected and banned people who offered us thousands of dollars to gain access to the project.

To the best of our knowledge and the judgment of the copyright lawyers with whom we discussed the project, we haven’t done anything illegal. We have never distributed any copyrighted material before – all old game files can still be downloaded directly from Riots CDN. Chronoshift has not interacted in any way with the live game or the live game accounts. Chronoshift never made it after the patch launched for season two and wasn’t designed to compete with the actual game. “

It is worth remembering, however, that the project uses the intellectual property owned by Riot Games. Unfortunately for the developers of Chronoshift, the American giant wants this project to go away and be ready to go to court if necessary. In a long exchange between one of the developers at Chronoshift and a trusted Riot Games employee who wishes to be the studio’s spokesman, the judiciary will force the exchange to continue if the terms are not met.

“Give us what we want or we will sue you”

No room for interpretation in the Riot Games dialogue: “Give us what we want or we will sue you”. A conversation that was heavily criticized on Reddit, particularly due to the lack of tact and professionalism on the part of the Riot Games employee. Even so, the American studio confirmed that the person in question was actually working for them while remaining “disappointed with the content of the conversation.” A letter was sent and published to the developers of Chronoshift:

“While we know this can be disappointing to you, remember that Riot and its developers, designers, artists, and staff spent countless hours creating a fun and engaging experience on their authorized and official servers. Unauthorized products like Chronoshift harm Riot companies and, ultimately, its employees.

While we hope to resolve this matter informally, you should be aware that Riot stands ready to take any action it deems necessary to protect its rights, including, if necessary, filing a lawsuit in U.S. federal courts. “

In its letter, Riot Games stated that the request against the project code “is a standard request to all developers involved in unauthorized activity”. However, some saw it as the desire of Riot Games to use their efforts to start a “legacy” server from League of Legends themselves. However, the American studio has already commented on this issue over the years. Specifically, in a question-and-answer session, Riot Games stated that they had already considered the idea, including testing the project internally, but that they “couldn’t just get older versions to work because a lot of the game content was different and codes has changed “.

In the end, the Chonoshift team will have accepted the requests from Riot Games. The game code has been released, as has the project website. Regarding the latter, we were able to read a disappointing message to the American giant some time ago: “We are incredibly disappointed with the way in which Riot has decided to deal with this situation. Instead of opening a conversation about the future and the interest On these types of projects, they tried to make an attempt to benefit from our work for free and to take legal action against us.

Want to see a server land on which to play the old seasons of League of Legends? Don’t hesitate to reply to us using the poll and comments section below.