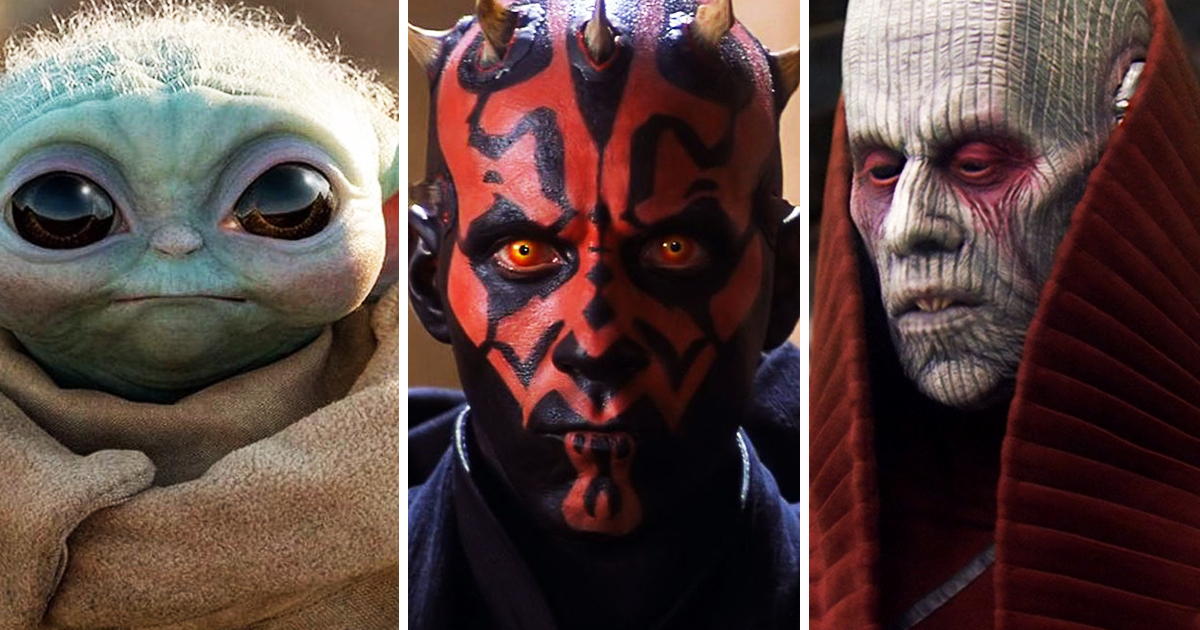 With The Mandalorian and the appearance of little Grogu, a character of the same species as Yoda, the question quickly arose: what is the most powerful alien species in the Star Wars universe? In order to answer this question, it was necessary to study each of them extensively to give you lots of details and to make sure that you classify them as best as possible. We therefore invite you to discover our findings and, without further ado, reveal the 10 most powerful species in the Star Wars universe.

Wookies are large humanoid beings that are usually more than two meters tall. The most famous of them is obviously Chewbacca. The interesting thing about Wookies is that their physical strength is about six times that of a human. For example, they can easily rip a person’s arm and are incredibly tough too. Wookies far surpass humanity, but unfortunately technology has made their physical strength a little out of date.

The Hutt are a species of gastropod that is native to the planet Nal Hutta. Their life expectancy is very, very long. For example, Jabba Desilijic Tiure (Jabba the Hutt) lived 604 years before he died of an unnatural death. Just that. The Hutt are particularly influential and empathetic in the criminal world, so even the Galactic Empire tends to shy away from them. It must be said that the Hutt Clan, also known as the Hutt Cartel, is one of the most important criminal families in the entire galaxy.

The Chagrians have many abilities that we as humans could envy. The latter are large, amphibious, but also radiation-resistant, making them one of the most versatile races in the Star Wars universe. They place great value on justice and thus thrive in their society.

Some species in the Star Wars universe tend to be more force sensitive than others, and apart from humans, another race excels in this area: the Togruta (one of the best-known members of it Ahsoka Tano). Some of them are particularly powerful at birth, which is why Jedi like to keep an eye on their home planet. Force sensitivity isn’t their only trait, however, as they can also use echolocation (the method of detecting or locating prey by sending out ultrasound that creates an echo). They are also natural hunters because of their habitat.

The Yuuzhan Vongs are beings of a species from another galaxy who first invaded the outer rim. They were peaceful in their home galaxy, but war broke out between them and another race. The Yuuzhan Vongs who lost the war later turned out to be formidable warriors capable of defending their lands. This people has since maintained the cult of pain. Owning slaves, the Yuuzhan Vongs show excessive hatred of anything near or far from mechanical technology (i.e. droids, spaceships …) and use organic technology. To pierce their armor, a skilled Jedi must be able to target their weak spots (for example, in the armpit).

Some Star Wars species live much longer than others, which gives them an advantage over others. The Pau’an are such a species, and they are even referred to as “old” because of their longevity. Their usual lifespan is counted in centuries. The wealth of knowledge that can accumulate during this time should be sufficient to consolidate the Jedi Temple’s records. Unfortunately, many Pau’an use this racial trait to seek powers from the dark side of the Force, and therefore many of them are likely to become Sith. Another specialty are the pau’ans, a type of carnivore who only eat raw and rare meat, which has allowed their teeth to sharpen over time.

The name of Yoda’s species is unknown to this day, but we know that it is a particularly powerful species. Fans know that representatives of this species, for example, mature slowly (Grogu testifies). Even so, they are powerful enough to use power despite their “young” age. The manipulation of power seems almost natural to them. Their very high life expectancy gives them even more flair in this universe. Special bonus of this kind: their brain, which has a strong subconscious that is activated during visions. This ability was especially developed in the Jedi master Yoda, who enabled him to experience many upheavals in power during his lifetime.

Most celestials are non-human extraterrestrials, and their civilization could have existed long before that of humans. Sometimes called “Architects”, they were the masters of the galaxy before the Rakatas and the Old Republic. In the period between -100,000 before the Battle of Yavin and -30,000, their power surpassed that of all other advanced peoples. The power of the Celestials, for example, terrified the Sharu so much that they set off a mechanism that returned them to a primitive state so as not to attract their attention. During their years of galactic rule, the Celestials performed gigantic works related to their unparalleled mastery of gravity. These beings had no exact form but were extremely powerful in power.

If you liked this ranking and want to finish the fun off, check out our article on The Top 10 Weapons That Are More Powerful Than Lightsabers, or our article on 25 Star Wars Characters Who Shook The Dark Side. the force or the light side.

The Energy Drink for Gamers has 3 tempting deals for January