The Courier
HomeTechnologyQueenie and Jacob's future has already been revealed and everyone was unaware...
Technology 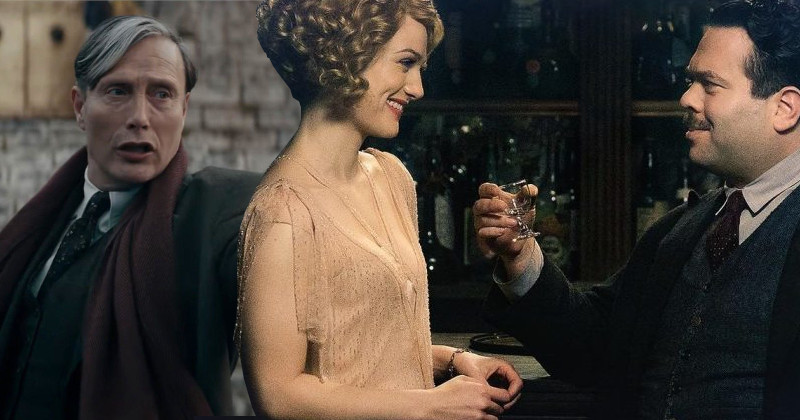 The third part of Fantastic Beasts, The Secrets of Dumbledore leaves a lot to be desired. The second film in the trilogy was released in 2018 and did not promise a bright future for the couple Queenie Goldstein and Jacob Kowalski. If you’re not afraid of being (possibly) spoiled, then this theory about the future of the two lovebirds should please you.

An expanded universe under the microscope

The Harry Potter saga began more than 20 years ago in cinemas and even longer in novels and is one of the most popular works in the world. Its creator, JK Rowling, has therefore evolved the lore of this incredible universe over the years to make it as rich and coherent as possible. We’re not on Tolkien, but still: the British writer has gone so far as to create a website dedicated to her universe. Titled Pottermore, it compiles much of the author’s writing, most of which was later republished on the Wizarding World website.

In her desire to expand her fantastic universe, JK Rowling began writing Fantastic Animals exactly. The third part is expected to take place in our dark rooms on April 13, 2022. The second, released four years ago, saddened many fans because of the fate of the couple formed by the characters of Queenie and Jacob. She’s a witch, he’s a muggle, so they can’t get married.

In fact, the Fantastic Beasts story takes place in the 1920s, some forty years before the Rappaport Act was repealed. This was founded by MACUSA (Magic Congress of the United States of America) and establishes an absolute separation between wizards and muggles and in particular prevents any marriage between the two. But Queenie and Jacob’s future could be even brighter than we imagine.

In The Crimes of Grindelwald, Queenie allows herself to be drawn to the dark side by the terrifying magician, believing that an alliance with him could allow her to change the law that separates wizards and muggles, which is not possible. don’t approve of Jacob. The two therefore go different paths, but could be reunited quickly. According to a theory that has existed for a number of years, a 2014 article by JK Rowling on Pottermore proves the couple had at least one child.

In fact, the article in question was published by the Daily Prophet and is about the Quidditch World Cup taking place this year. This is reminiscent of the case of a player, US team chaser named Quentin Kowalski. The most observant of you should already have ticked this surname, because it is the same as Jakob’s. “A coincidence? I don’t think so,” as the other would say. In fact, the player’s first name, Quentin, could be a direct reference to Queenie. The two characters could therefore well get married next April in The Secrets of Dumbledore. In this case, it would be a secret marriage since the Rappaport Act wasn’t repealed until 1965.

So at least one child would have resulted from this marriage who is not Quentin Kowalski but his father: Quentin would logically be Queenie and Jacob’s grandson since he is attending the Quidditch World Cup almost 90 years after the events of Fantastic Beasts. To convince the most reluctant, note that JK Rowling wrote the mentioned article in 2014, a time when she was working on the exact Fantastic Beasts scenario! So, convinced or not?